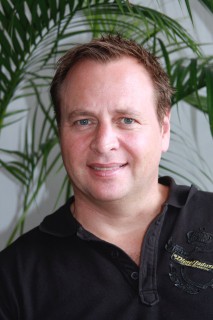 Shepherd joins Vita Coco from Coca-Cola, where he spent 15 years with the soda brand. A native of New Zealand, Shepherd will be based in Hong Kong and oversee the brand’s growth in the APAC region, including Singapore, South Korea and The Philippines; he will work closely with Vita Coco’s distribution partner Red Bull China, as the brand grows in China; and also oversee the brand in his native New Zealand.

Says Kirban, “We’re thrilled ‘Shep’ is on board to lead some of our fastest growing markets.”

“The potential for packaged coconut water in Asia Pacific is huge, and it’s ironic to me that an American brand should be the one to lead the charge for the category here,” says Shepherd.

Shepherd was most recently general manager for Coca-Cola in Hong Kong, Taiwan, Mongolia, running the Coke brand in those countries. He also lead marketing and innovation for Korea and the “Asia Tigers” – Hong Kong, Singapore and Taiwan.

Vita Coco is one of the fastest growing beverage brands in the world, today available in 30 countries. For more information, visit www.vitacoco.com.