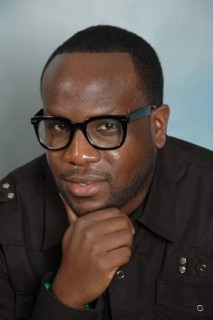 Hydro One Premium Beverages introduces the newest member of their Team, Edwin Freeman.  CEO Sammy Nasrollahi says the company has reached out to individuals who share the desire to slow the rising rate of diabetes and obesity. “Edwin Freeman understands our mission  to educate people about hydration and the value of healthy options.  We are excited about having Edwin on our Diabetes Advocacy Team.”

Edwin Freeman is a well known film and television actor, writer and producer. He’s best known for his breakout role of Dee in the 2001 cult classic comedy “Da Mission”, and the 2009 blockbuster film “Notorious”, in which he portrays the character of legendary hip-hop Deejay Mister Cee  who’s responsible for discovering the Notorious B.I.G. and introducing him to Puff Daddy.  He has two eBooks, “Enlightenment: An Inward Journey Through Life’s Rough Terrain” and “Renewed: After the Enlightenment Comes the Renewal.”

“I’m very excited to be a part of the Hydro One Beverages Team. In 2014 I was diagnosed with Type 2 Diabetes. Ever since my diagnosis my hardest challenge has been trying to find a drink that’s free of sugar and other harmful additives. The great thing about Hydro One Beverages is that it’s not only safe for diabetics, but it’s also great for anyone of any age who wants to live a healthy lifestyle.”