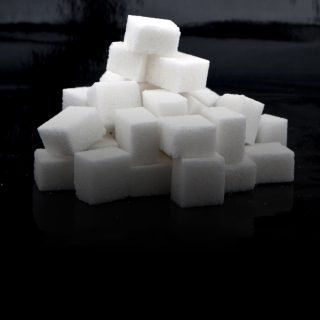 A recent study of sugar content in kombucha, funded by KeVita, completed by NaturPro Scientific, and shared with the media, reported that products from five out of eight manufacturers tested contained higher levels of sugar that reported on labels.

The discrepancies in the amount of sugar in the kombucha samples versus what was reported on labels were first noticed during a separate KeVita-funded study, which was aimed at confirming gas chromatography with flame ionization detection (GC-FID) as a method of verifying alcohol content in kombucha.

NaturPro President Blake Ebersole told BevNET in an interview that lab technicians noticed the discrepancy in sugar levels in the samples and the amount on the label during the validation study for testing alcohol in kombucha.

“In order to publish those results of the nutritional information with the validation, we had to figure out which number was the right one, or which we thought might be the right one,” said Ebersole. “So we went to test some different products and we repeated the results. Then we sent some products to a different lab. We got products from different areas around the U.S., a handful of different manufacturers, just to see if it was consistently coming that way, and to try to rule out any kind of issues that could be there on the lab end.”

Ebersole said the the lab followed proper handling and sampling protocols during testing. He said he was unsure what might have caused some of the samples to show sugar content so far above the labeled amount while others were not.

“We tried to cover a lot of the questions that might account for the differences, such as if a product or particular batch was high in sugar versus the next one being low, then you could say it was isolated to that one instance,” said Ebersole. “But in this case, we tested samples over the course of several months, sending to different labs using different methods.”

KeVita subsequently launched an independent analysis of eight brands, including its own. The study concluded that the majority of tested kombucha products contained sugar content exceeding the amount on stated on their labels by more than 20 percent. Two brands contained an average of 291 percent and 311 percent greater than the label amounts. KeVita itself tested at an average of 4 percent below the label value.

Characterizing the test results as a warning for kombucha trade organizations and brands, KeVita founder Bill Moses said his motivation came from consumers for whom inaccurate labeling could lead to serious health concerns, but also from his desire to see the category mature overall.

The potential for alcohol content in kombucha brands has been an issue since the summer of 2010, when Whole Foods and other retailers pulled products from store shelves due to concerns that brands were continuing to ferment past legal levels for non-alcoholic products. Since then, the industry has struggled to find an appropriate testing methodology. But concerns over accurate reporting of sugar content are new.

“The only message that I want to give to the trade organization and the industry at large is, if, as a category, we want to move beyond the fledgling, nascent, not-fully-grown up status to acting like a responsible adult, a responsible citizen, and a responsible brand, then we are going to find greater and greater challenges going forward,” he said. “I’m calling on the industry, the category and the brands, based on these results, to do more and do better. That’s as far as I go. From this point on, my agenda is not to call out individual brands, or really do anything other than that. It’s just to say let’s wake up guys, this isn’t cool.”

The study results come against the backdrop of an ongoing debate within the industry over the accuracy of several different alcohol testing methods, most notably GC-FID and gas chromatography/mass spectrometry (GC/MS). The latter method is the one recommended by Kombucha Brewers International (KBI), a trade organization with a membership of more than 100 kombucha brewers. 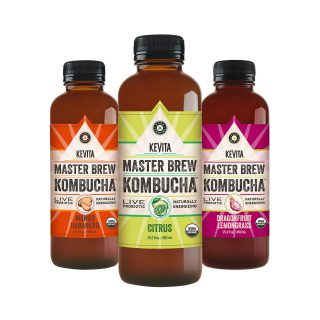 “Not only us but other experts in the field were suspicious of the reliability and accuracy of that one test,” Moses said. “Some of the claims and representations by certain kombucha advocates were, because it’s live or because it’s got organic acids, that traditional and approved methods for testing beer and wine wouldn’t work because there was no methodology that was approved for kombucha. The interesting part there was that wasn’t necessarily the case.”

“In my mind, and by the belief of some of the other scientists, it was a red herring by the non-compliant kombucha brands, led by the trade organization,” Moses said, adding that skepticism over GC/MS’s accuracy was something which “many, many knew from the beginning.”

In an interview with BevNET, Hannah Crum, President of KBI, said the decision to back GC/MS method was due to getting consistent results with the majority of tests run.

“At that time we were working with a lab that had a very specific protocol for handling the samples that seemed to yield consistent and repeatable results,” Crum said. “It’s just based on our understanding at this moment in time, based on the scientific evidence that we presented, this is what we feel is the most accurate method.”

KeVita’s interest in advancing standards for testing and reporting alcohol, sugar and calories in kombucha products was formalized last year with the launch of its Truth in Labeling initiative. Moses said in an interview with BevNET that the initiative began as a voluntary program other brands could participate in, but to date no other brands have joined.

KeVita did, however, work in collaboration with Health Ade, GT’s, Live Soda and KBI to create the Standard Method Performance Requirements (SMPR), a benchmark that established minimum performance standards for analytical methods.

Out of four methods for testing alcohol levels in kombucha, including two GC/MS methods, proposed for approval at the 130th Annual Meeting of AOAC International in September, the GC-FID method became the first and only methodology to earn first action Official Status from the standardization group.

Crum said that initial test results should be treated with caution, as GC-FID still requires two years of further testing and data analysis to confirm its accuracy over time.

“This is only one report, funded by someone who potentially has a vested interest in the outcome, as we’ve seen in a lot of scientific studies,” said Crum. “Lately we’ve heard in the news about studies that have funding and yet yielded results that were beneficial to those who were funding it. The producers are very aware of all of these issues and that’s what we’ve been tackling through our best practices and our process with AOAC.”

While stating that KBI advocates for brands to accurately label their products, Crum suggested that sugar content was not a primary motivating factor for kombucha drinkers. “The reason people drink kombucha again and again isn’t because it has a bunch of sugar,” she said. “They drink it because of the healthy acids it produces and how it makes their body feel. There’s a long history of consumption by people who have a lot of blood sugar.” 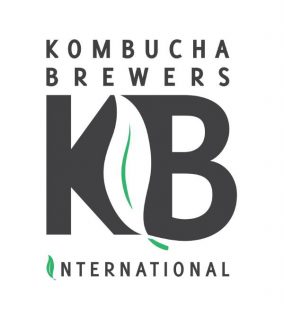 In an interview with BevNET, Justin Trout, Co-Founder and COO of Health Ade and an active member of KBI, said it was premature to confirm the GC-FID method as an industry standard despite its move to first action status at the AOAC conference.

“I was at that AOAC meeting and I got to see everything first hand that happened,” said Trout. “For example, it’s in first action status but it won’t be in final action for two years. Why? Because it’s so important to make sure this actually works.”

Trout also defended KBI against any insinuation of having an agenda. “The biggest concern for KBI is learning, legitimately, more and more and more about this fascinating product,” he said. “That’s what they care about. From the scientific level to the marketing to the consumer, all of that. If we are talking about growing the category, as opposed to a brand’s own goals or anything like that, which is what KBI is all about, then yeah, we care about all that stuff.”

Crum also said that two other testing GC/MS methods will likely be moved into first action status at the next AOAC meeting in March 2017, providing there’s enough additional supporting evidence.

One of those is an enzymatic method, in which liquid is tested by chemical reaction that causes it to change color based on how much alcohol is present. According to Crum, the U.S. Alcohol and Tobacco Tax and Trade Bureau (TTB), the government body that sets regulations on alcohol content labeling, is advocating for this method due to its lower cost. “Technically through the AOAC process we are not supposed to consider costs and just supposed to go for the science,” said Crum. “But it was heartening to hear from them that they wanted our industry to have something affordable that could be done in-house.”

“What we are finding is there isn’t just one method that we can use to test these products, and maybe once we’re done with the alcohol we’ll move to the sugar as well with AOAC. But it’s a lengthy process, it’s one that requires a lot of vetting, a lot of evidence gathering and that’s why we’re not eager to jump the gun and proclaim that we have the answers when we are still in the process of figuring out if those answers are accurate.”

“There’s no one method that any of our companies can say 100 percent is always accurate,” Crum concluded.