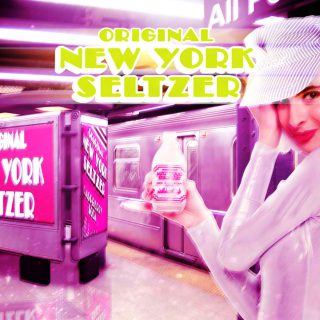 When Original New York Seltzer relaunched in 2015 after a 20 year absence, the restive fanbase accrued during its original 1980’s lifespan helped turned the brand from an online-only specialty to a $20 million company working with 120 distributors nationwide in a mere year-and-a-half. Now the classic soda is adding a zero-calorie line to further affirm itself in the 21st century and to prove it’s about much more than 80’s nostalgia.

In its original run, the mid-calorie, preservative-free soda took soda by storm, shaking the market for PepsiCo and Coca-Cola with a lighter option that didn’t rely on artificial coloring. Today, company president Ryan Marsh said the timing for a comeback couldn’t be better, as consumers are continuing to turn away from CSDs in favor of healthier drinks it means the market is primed for a natural alternative to corn syrup-heavy beverages.

“Nostalgia is great, but it was a big deal back then because it was changing the game,” Marsh said. “Nowadays it’s completely relevant again. If you go to a deli and there’s a hundred drinks, no one’s grabbing Coke or Pepsi. Everybody’s grabbing something different.”

But even at far fewer calories than a typical cola, many of today’s consumers are looking to cut sugar completely. Now, Original New York Seltzer is premiering a new sparkling water line with six variants: coconut, grapefruit, lemon, lime, orange and original.

Original New York Seltzer actually hails from Walnut, Calif., where father-and-son team Alan and Randy Miller founded the brand in 1981. Randy quickly became known as the face of the brand for his flamboyant publicity stunts and helped turn New York Seltzer’s image into an embodiment of 80’s cool and excess, featuring himself in advertisements with blaring hair metal guitar solos and pet tigers at his feet. The Millers were even featured in an episode of Lifestyles of the Rich and Famous, filmed at the height of the brands success when Randy was only 24 and the company was bringing in more than $100 million a year.

The brand ceased production in the 90’s and Randy went on to become a wild animal trainer for Hollywood movies. It seemed like Original New York Seltzer would only live on as a memory on 80’s throwback websites. But three years ago the drink was literally rediscovered when Marsh purchased the original factory that brewed and bottled the seltzer. Digging through their files, Marsh found not just the recipe, but the packaging instructions as well. Some of the factory workers, who had been there for decades, confirmed that it was the original recipe and with his own fond memories of the drink, Marsh set forward to putting New York Seltzer back on the market.

In May, 2015, production began on six of the original flavors: black cherry, lemon & lime, peach, raspberry, root beer and vanilla cream. Since then, the brand has rolled out blueberry, cola & berry, concord grape and orange. Initially only selling online, the company found its first distributor in Orange County, Calif., and began selling in-store.

“We look at it like we’re bringing back Star Wars the way J.J. Abrams brought it back, not The Phantom Menace,” said director of sales Josh Danson. “We kept it exactly how it was back in the day.”

The company began working with Straub, which also distributes Budweiser, as well as Geyser Beverage in San Francisco which was the first New York Seltzer distributor back in 1981. The brand quickly reached more than 30,000 stores include Sprouts and Safeways. 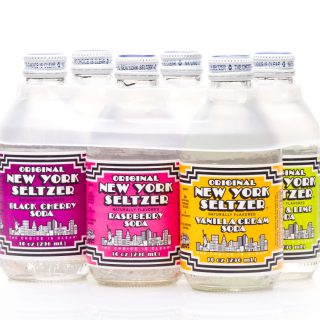 “Every single store we dropped it at put the product where consumers could see it,” Danson said. “So someone sees it and says ‘oh, my God! I can’t believe New York Seltzer’s back!”

According to Marsh, the company is currently focused on supermarkets with the aim of catching the eyes of parents who remember drinking the seltzer back in the day. They buy it and bring it home to share with their own kids, he said, spreading the name recognition to a younger generation.

“Unlike a lot of other brands, people have a passion for this brand,” Marsh said. “There’s a new generation that missed it who can now have all these happy memories too.”

But there’s also the matter of a whole generation of millennials consumers who grew up within New York Seltzer’s 20-year absence. Perhaps recalling the hip and exciting branding pushed by Randy Miller, Marsh said the company has partnered with up-and-coming graffiti artists, musicians and has even made deals with small independent movies to help push the brand name. Although the label remains the same, Marsh said the advertising is not leaning on the 80’s at all but rather completely future focused.

The brand also does not have a PR company, relying instead on word-of-mouth through the graffiti artists and social media.

According to Danson, in addition to grocery stores the brand is also getting into bars that specialize in craft beer, and are looking for an alternative soda to stock instead of the traditional Coke and Pepsi options. Food service, he said, helps the brand build brand awareness, instead of attempting to be noticed among walls of beverages in convenience stores.

The beverage is sold in all 50 states, and just last month the company announced it would be expanding into Canada along with continued growth in the U.S.

“We’re picking up chain stores like crazy,” he said. “We’ve got the tiger by the tail.”