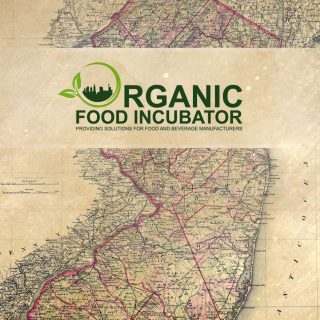 After six years helping develop nascent natural food and beverage brands in New York City, Michael Schwartz, founder of Organic Food Incubator (OFI), is hoping a recent move to a new location in northern New Jersey signals a new chapter for the company and its clients.

Schwartz, who founded fermented food brand Bad Ass Organics in 2009, launched OFI in 2011 as a way to utilize the excess space at the company’s warehouse and headquarters in Long Island City, Queens. In the years since, OFI has grown to offer a range of services for growing food and beverage companies, including kitchen space and small-batch contract manufacturing, as well as consultation, coaching and other educational resources.

In an interview with BevNET, Schwartz said that he looked at approximately 30 potential new locations throughout New York’s five boroughs last year in an effort to retain the company’s identity. However, the cost savings available by moving to New Jersey were too enticing to ignore.

“The facility we were in was great for a really rough-and-tumble start-up, but it definitely wouldn’t comply with the new FSMA [Food Safety Modernization Act] regulations coming in,” said Schwartz, noting that everything from rent increases to trucking fees to the phone bill made staying in New York an expensive proposition, even before adding the expense of the new equipment upgrades he wanted to make. “The rates we would have had to charge to do products for people would have been ridiculous.”

Schwartz eventually found his answer about 18 miles outside Queens in Bloomfield, N.J., at a 15,600 sq.ft. facility that was the former site of a ravioli factory, making it an ideal fit for another food business. By the last week of September, 2016, OFI had four 53-foot tractor trailers hauling 80 pallets worth of equipment, supplies and ingredients to the company’s new home.

The Bloomfield site is smaller than OFI’s 20,000 sq. ft. space in Queens. Schwartz explained that, after many of the companies incubated at OFI were able to move on, it did not need as much space, and the reduced size will help he and his team refocus their attention on working with a smaller group of very early-stage brands. Like the Queens facility, the new plant is limited to vegetarian and gluten-free food production.

As of January, Schwartz told BevNET that OFI was running at “about 35 percent speed” after numerous delays. While the company waits on some permits and electric work to be completed, around 30 companies are currently working at the new location, split about evenly between food and beverage.

The new location will have 16 full-time staff members to assist five to nine permanent residents and 10 daily users. OFI is also currently performing contract manufacturing for about 20 clients.

According to Schwartz, the new facility includes improvements over the “very basic, semi-automatic equipment” used in OFI’s previous home, noting that an increase in automation will allow the company to work with bigger products. The plant will also allow for upgrades to OFI’s contract manufacturing operation, including the ability to do small-batch hot fill production

“In Queens, the most we could do on a really good day would be maybe 150 gallons of product,” Schwartz said, noting that the process was done completely manually at OFI’s old location. “Here, once the electrical is done, we should have the ability to do close to 3,000 gallons a day. That allows us to help a lot more people, work with a lot more groups and keep customers longer because they won’t outgrow us as fast.”

Outside of co-packing, OFI will also continue to offer educational services, including consultation for creating a HACCP plan and for obtaining organic certification.

Schwartz said that “a few” companies that used OFI’s Queens facility have followed the company across the river to New Jersey, and that some who initially resisted the move are now showing interest. He admits that OFI’s identity as a New York City-based company was “sad to lose,” but the economic benefits will ultimately justify the sacrifice.

“It’s funny — if you are sitting in Times Square, it’s probably faster to get to Bloomfield than it is to get to our facility in Queens,” Schwartz said. “It takes a while for people to understand that and so far a lot of younger entrepreneurs really want that Brooklyn brand and want to be made as close to Brooklyn as possible. But when they look at the economics and all the benefits that they’ve found working at our facility, a lot of them are starting to migrate back to us.”

OFI’s move out of New York comes after the city government has, according to an article in The New York Times, given $2.5 million to support three local food incubators in recent years, including Entrepreneur Space, also based in Long Island City. Schwartz said that the other incubators’ presence did not affect his decision to leave New York, as each work with different ingredients and products that require different equipment and expertise.

“We do a lot with fermentation,” said Schwartz. “We do a lot of cold brew coffee, so we’ve kind of become experts at that. We do a lot of cocktail mixes. Then we also work with a fair number of sauce companies. So we work with a number of New York City restaurants where we make packet sauce for them, and then quite a few hot sauce brands.”

When asked about beverage trends and products that had recently caught his attention, Schwartz said he was continuously amazed by the insatiable appetite for cold brew coffee amongst both consumers and aspiring entrepreneurs.

“We’ve worked with companies that have put it in a bag-in-a-box, in a bottle, in a keg, in a reusable keg, in a disposable keg,” said Schwartz. “The avenues for distribution for cold brew coffee and the fact that people are still entering that niche is pretty incredible I think.”