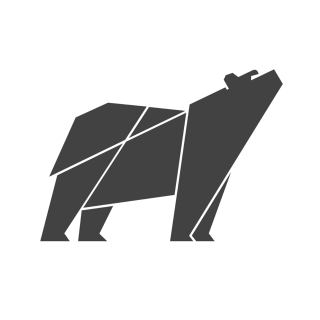 MARINA DEL REY, Calif. — BEAR BRANDS, LLC, producers of BearSqueeze, a meal shake that is Vegan, Paleo, and Keto diet friendly, has broken the previous record for the highest amount of money raised on the first day of an Indiegogo food campaign, garnering over $65,000 in funding from more than 250 backers through the crowdfunding platform.

Developed by a team of food scientists in addition to a chef from a Michelin Star restaurant, Bear Squeeze is among the first plant-based meal replacement drinks suitable for the Keto, Paleo, and Vegan diets. Last month, Bear Squeeze won the coveted “New Beverage Showdown” pitch competition held by BevNET, the largest beverage industry conference and media outlet in the US.

Bear Brands CEO, Max Baumann, commented, “We’re thrilled to see so many people excited about Bear Squeeze. I believe a lot of the success is due to the low net carb and plant based properties, which are extremely difficult to find in meal replacement shakes today. We can’t wait to see what the rest of the campaign will bring!”

The performance-driven meal shake promises to deliver not only on its nutrition profile but also on taste, initially offering Original (Vanilla Chai) and Chocolate flavors, each with only 5 net carbs. Once mixed with a base beverage of choice, each Bear Squeeze shake has a greater nutrient variety than a kale salad, more protein than 3 eggs, and more probiotics than 4 bottles of kombucha.

The Bear Squeeze Indiegogo campaign will continue through February 19th, after which the brand will move product sales to its own website (bearsqueeze.co). Commenting on the use of a crowdfunding platform to launch the brand, Baumann continues, “The best products are the ones that, rather than sticking to a rigid brand vision, truly listen to its consumers. Through platforms like Indiegogo, we can use consumer feedback as a guiding light through the product development process.”

Over the next month, Baumann plans to utilize his new community of campaign backers to crowdsource several brand decisions, such as charity partners, new flavor additions, and ingredient feedback.

Bear Brands, LLC is the manufacturer of Bear Squeeze, an award-winning meal shake that is vegan, paleo and ketofriendly with only 5 net carbs. Bear Squeeze has more nutrient variety than a kale salad, more protein than 3 eggs andmore probiotics than 4 kombuchas. Engineered by a team of 5 highly acclaimed food scientists and a chef from a Michelinstar restaurant, Bear Squeeze surpasses expectations on both taste and nutrition profile. To learn more, visitwww.bearsqueeze.co.