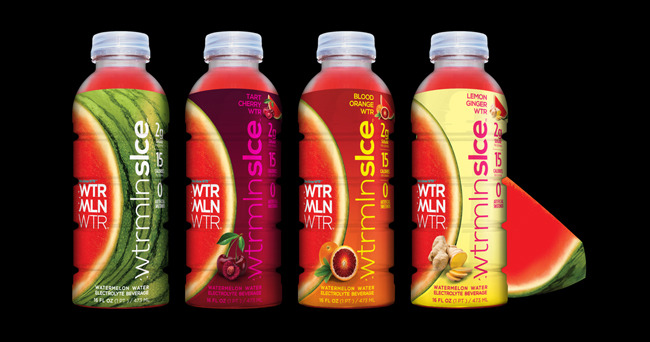 WTRMLN WTR is cutting into the sports drink space with the launch of its WTRMLNSLCE, an enhanced watermelon water that includes electrolytes and only 2g of natural sugar without artificial sweeteners.

According to co-founder and CEO Jody Levy, the new line is positioned as an alternative to sports drinks like Gatorade and Powerade and utilizes new food tech innovations to give the product 12 months of shelf stability. She said the line will largely be featured in enhanced water sets in stores, next to brands like Vitamin Water and Bai, and includes four flavors: Original, Blood Orange, Ginger, and Tart Cherry. The line will retail for $2.99 per 16 oz. bottle (compared to $3.99 per 12 oz. bottle for the core WTRMLN WTR line).

WTRMLNSLCE contains 15 calories per serving and also features many of the same functional ingredients as the core line, Levy said, including citrulline for muscle recovery and lycopene for antioxidants.

For its initial launch, WTRMLNSLCE is available online through Amazon and in California at Von’s, Safeway, 7-Eleven, and other independent accounts. According to Levy, the line will expand to other markets in 2019.

“This helps expand our brand because WTRMLNSLCE offers new on the go consumption occasions formulated for optimized hydration and performance, with low calories and low sugar, as well as a more affordable price point, and the ability to satisfy big hydration needs,” Levy told BevNET in an email. 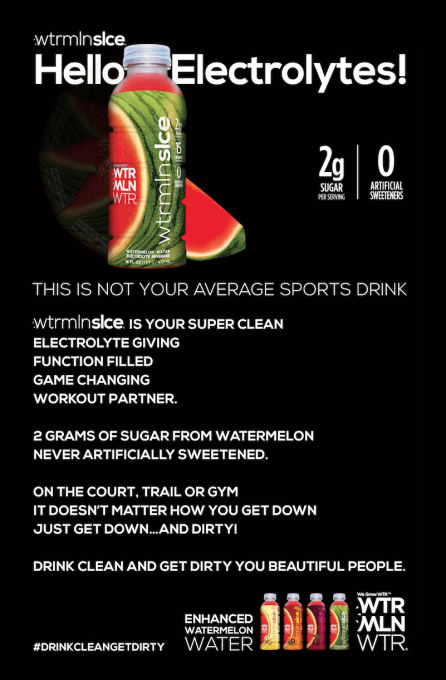 To complement the launch, the company has launched a new ad campaign titled “Drink Clean, Get Dirty,” which will include digital media, in-store and field marketing. In line with the brand’s history of celebrity partnerships, the campaign is led by partner, investor and Houston Rockets point guard Chris Paul. Paul and former New York Giants defensive end Michael Strahan hosted a launched event in California for the WTRMLNSLCE line during ESPN’s ESPY Awards show in July. “It’s possible our other partners may have a few surprises up their sleeves,” Levy added

The launch comes only three months after WTRMLN WTR announced an extension of its BLNDS line of functional cold pressed juices, which also included electrolytes and focuses on functional benefits such as immunity and hydration.

“With the creation of WTRMLNSLCE, we satisfy a different set of need states and occasions, and have the ability to expand to a much wider geographic and retail channel footprint,” Levy said. “I couldn’t be more excited about this launch, which moves us closer to our mission of bringing plant-based nutrition and natural benefits to a wider audience.

“At the same time, we continue to evolve our core cold-pressed line with new flavors that provide hydration & added functionality,” she continued. “In reviewing scan data, it appears we have several new blends that can deliver high velocity while expanding shelf space and providing a solution for variety seekers.”