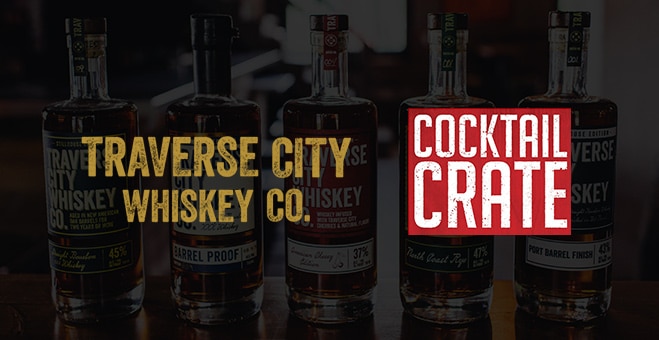 As part of the deal, Cocktail Crate founder Alex Boyd will maintain his current role as CEO of the company, while also taking charge of non-alcoholic beverages and special innovations for Traverse City. All current production operations, staff and brand identity will remain in place as Cocktail Crate is integrated into its new parent company.

Speaking with BevNET today, Boyd said that having transitioned the brand from startup into profitability he began exploring the possibility of bringing in a partner. He said that aligning with Michigan-based Traverse City, which produces super-premium whiskeys and bourbons, as well as cocktail cherries, will allow Cocktail Crate to continue toward its goal of being a market leader in mixers for whiskey-based drinks. Traverse City is also expected to open doors for the brand — thus far mainly focused on selling in retail — at on-premise locations.

“After almost seven years, the transaction allows me to realize the value of what I’ve built, which was attractive, and it did the same for the investors in my business,” he said. “But I think even more exciting than getting a good return is that Traverse City has an incredible platform to take us to the next level.”

In a press release, Traverse City co-founder Chris Fredrickson said, “This acquisition opens up exciting distribution, marketing and merchandising opportunities for our spirits portfolio and will allow us to offer even more value to our fans and retail partners.”

Though his new role at Traverse City will be primarily focused on non-alcoholic products, Boyd noted that it will not be exclusive to that segment.

“Since we’ve completed the transaction, we are hard at work on some really exciting new products that will be new for us, new for Traverse City, and be a really exciting market to get into that I was unable to fully do on my own,” he said.