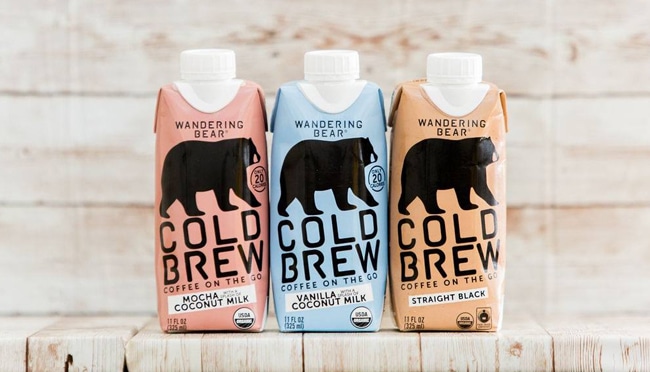 Cold brew coffee maker Wandering Bear is charting a course for triple-digit growth in 2019, as the New York-based brand has added thousands of new retail locations and expanded its direct-to-consumer business.

Co-founder Matt Bachmann told BevNET last week that the brand’s retail footprint has grown from 750 stores at the beginning of the year to more than 4,000 current outlets, including chains such as Kroger, Safeway, The Fresh Market and H-E-B, as well as expansions within Target and Whole Foods. While growth has been primarily driven by the brand’s single serve line, its 36 oz multi-serve bag-in-box products have also contributed to the increase — including a new 72 oz. variety rolling out to Fresh Market stores this month.

“The velocities have surprised us,” said Bachmann. “It’s been very steady growth relative to the [RTD coffee] category, and specifically with Kroger we had a very collaborative conversation with the team there about where they see the category going. They are very behind RTD coffee– they believe it’s a growth sector both in the cooler and in other parts of the store and they’re willing to test new concepts.”

Last year, Wandering Bear raised $8 million in a Series A equity round with the intent of scaling the company and expanding its team. Bachmann said that he currently expects each of the brand’s three core channels — retail, office accounts, and ecommerce — to report between 150-250% year-over-year growth in 2019.

Earlier this year, the company hired a VP of supply chain to “professionalize” its organizational processes, Bachmann said. In January, the brand also hired Sarah LaVallee to serve as VP of ecommerce. Since joining Wandering Bear, LaVallee — who previously served as director of ecommerce for “I and Love and You” Pet Care — has overseen a 350% year-over-year increase in online sales through July on platforms such as Amazon and Thrive Market. Ecommerce currently represents about 15% of the brand’s total business, according to Bachmann.

Part of the online growth was facilitated by innovation, Bachmann said, with Wandering Bear transitioning its bag-in-box line to a shelf-stable formula in the first quarter of 2019, which allowed for easier shipping.

Bachmann noted that while Wandering Bear’s sales in office accounts have slowed as the brand focuses on retail, he called business-to-business sales a “core part” of Wandering Bear’s strategy that has become “self-sustaining” and profitable.

“We think growth will come from incremental distribution,” Bachmann said. “The challenge in all of this is to stay focused and really support and double down on where we’re seeing success. In the back half of last year, we created an incredible opportunity for 2019 and have really been executing against and doing everything we can to support our partners.” 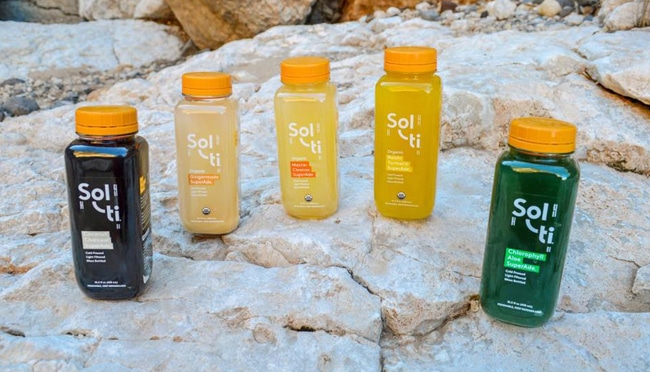 Organic beverage maker Sol-ti has entered Walmart accounts in the West Coast and Southwest, the company announced this month.

According to founder and CEO Ryne O’Donnell, four SKUs of the brand’s SuperAde line — Chlorophyll Aloe, Coconut Charcoal, Master Cleanse, and Reishi Turmeric — are now available in about 70 Walmart stores in Arizona, California, Colorado, Nevada, New Mexico, and Texas. The products are priced at $3.98, a Walmart exclusive first time low price point for the brand which has been working in recent months to broaden its consumer base to mainstream demographics.

“Reaching all walks of life is very important to us and now we’ve found that adding different channels and reaching different customer sets depends on two things — price point and flavor,” O’Donnell told BevNET. “Our products now vary from $2.99 to $4.99 and at that price point you can hit 7-Eleven and convenience, up and down the street, Walmart.”

O’Donnell said the brand has focused on retail expansion this year and has grown its footprint from about 800 stores to more than 3,300 accounts in 25 states, including 7-Eleven stores in the Southwest and Publix stores in the Southeast. 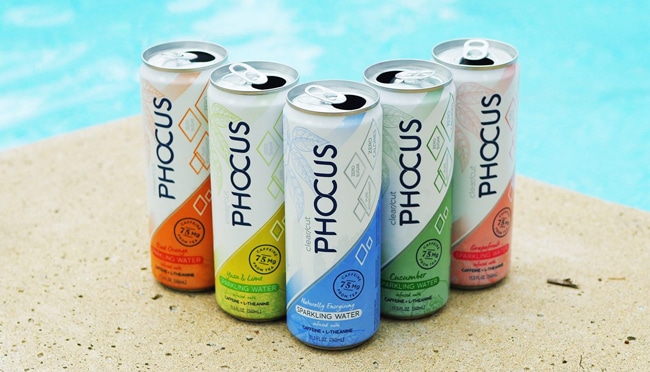 “It’s no secret that consumers are moving away from sugar and sweetened beverages, and are looking for healthier caffeine sources,” said Phocus CEO Tom O’Grady in a press release. “Lucky’s Market and Giant have done an excellent job of studying their customer’s preferences and bringing in products that meet their needs. 2019 has been a banner year for Phocus, thanks to incredible customer loyalty and the unwavering support from our retail partners that are driving our expansion.” 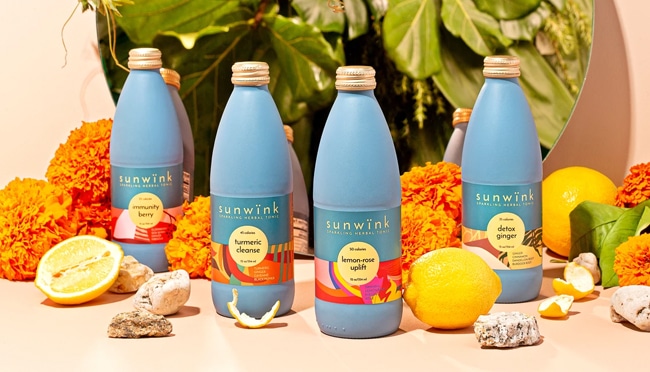 “We’re incredibly honored to partner with Whole Foods,” said Sunwink co-founder Eliza Timpson in the release. .”We believe in their mission to be a purpose-driven company that aims to set the standards of excellence for food retailers. We hope to introduce Sunwink to a wider audience of people who are passionate about good health and living their life to the fullest through herbs.”

New York-based CBD retailer Come Back Daily announced last week it will open a pop-up storefront in the TurnStyle Underground Market on the Upper West Side, starting September 6. The pop-up is the first expansion for the specialty store, which sells a variety of CBD-infused products, including beverages.

TurnStyle is an “underground marketplace” which features food, beverage, and retail shops.

“TurnStyle is a modern market, as well as a lively shopping and dining destination for not only for commuters but also locals and tourists we well,” said Come Back Daily co-founder Steven Phan in a press release. We could not think of a better place to introduce our selection of products.”

Baltimore-based Wild Kombucha is growing its footprint in the Mid-Atlantic region as the company prepares to add 60 Whole Foods stores starting September 1 and 160 Giant stores in October. According to a press release, the expansion will bring the brand’s total footprint to more than 1,000 locations across eight states and Washington, D.C.

“We are so excited to be able to offer our kombucha to a growing number of consumers in the Mid-Atlantic region,” said co-founder Sid Sharma in the release. “With our variety of kombucha flavors, infused with natural juices, there’s a Wild Kombucha for everyone.”

The five-year-old kombucha maker reported that it has grown 466% over the past three years, with retail presence in chains such as Harris Teeter, MOM’s Organic Market and Sprouts.