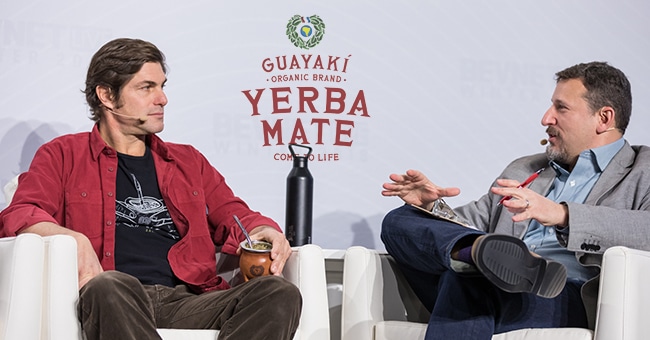 Spend some time talking with Guayakí co-founder David Karr and you’ll hear a certain term come up again and again: “regenerative.” Since the company’s inception in 1996, all of its decisions — from economics to environment to social and business relationships — have been guided by the principle that doing right by others will pay back dividends in turn. With that philosophy serving as its compass, Guayakí has leveraged its core competency — sourcing organic, shade-grown Yerba mate grown by Fair Trade Certified local farmers in South America — into a variety of packaged and ready-to-drink products, including still and sparkling drinks.

Having taken the brand from startup to category leader, the question now is simpler and yet altogether more complex: Can this approach actually get more product onto store shelves?

“Everything we are doing is about having a deeper relationship with our customer, our consumer and all of our partners,” Karr told BevNET earlier this month. “It’s the only path forward.”

Speaking on stage at BevNET Live Winter 2018 last December, Karr and Patrick Lee outlined their ambitious goals for Guayakí over the next decade: to bring its products to over 200 countries and 23,000 colleges and universities. More important, however, is who will be delivering those shipments: within 10 years, the company is aiming to hire 10,000 employees from the “legion of the system affected” — a term the company uses to describe formerly incarcerated individuals — to distribute its products across the U.S. and Canada via a fleet of 100% electric vehicles.

Guayakí’s self-distribution model, called its “Hacedor” program, is designed to be integrated easily into new markets. Sales associates, or “hacedors” (Spanish for “doers”), give stores on their routes their first shipments for free, then come back in two weeks and take a reorder, for which there is no minimum. All logistics are tracked digitally.

The company has taken a measured approach to the program’s rollout; its eventual goal is complete self-distribution, to which Karr said it was over halfway there with approximately 10,000 accounts — or, “all of California and basically most of the U.S., outside of natural [retailers],” — serviced by a fleet of over 300 electric cars. Guayakí has hired over 100 hacedors from the “legion of system affected” during that time. 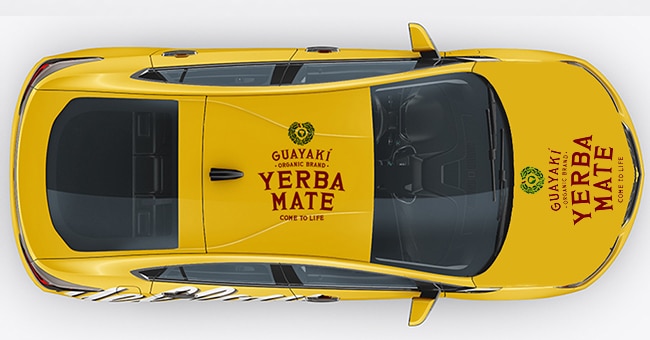 However, Guayakí is still working with “a couple of legacy distributors” in the Pacific Northwest and Southern California, he said, while acknowledging that the brand “doesn’t have the same kind of urgency” to make the switch in markets with established partners already in place.

“If we have a distribution partner with whom we are working well, (switching) hasn’t been a priority,” he said, adding that the company has not set a target date for completion of the transition to self-distribution.

However, Karr was reluctant to discuss some of the operational details of Guayakí’s distribution model. He declined to answer questions about the length of the onboarding process, how the company seeks applicants for open jobs, opportunities for career advancement within the self-distribution model and the costs involved in taking this approach.

As the new distribution model is integrated nationwide, Guayakí has continued to post strong sales growth. According to market research group IRI, the company saw bottled and canned tea sales rise 17.9% through August 11, climbing to over $41.7 million. Yet the brand also faces more RTD competition than ever, in the form of products like CLEAN Cause, Yerbae and Yachak, the latter of which is part of PepsiCo’s portfolio. Of those, Yerbae has expanded quickly; along with adding chains like Target, CVS and Circle-K, the brand has broadened its nationwide DSD coverage with partners like Columbia, Big Geyser, Burke and Atlas.

CLEAN Cause, a sparkling Yerba mate drink, has also weaved a social mission — in its case, helping fight drug abuse and substance addiction — into its brand identity. The company is projected to surpass 7,500 retail accounts by the end of Q3, with recent growth coming along the West Coast and Pacific Northwest.

For Guayakí to continue to lead the way within the category and, moreover, achieve Lee’s stated goal of competing with the major beverage brands, it needs significant financial resources. In January 2018, the company received outside investment for the first time in its history from food and beverage-focused fund Sonoma Brands. While affirming the company’s intention to “live on as a legacy brand,” Karr noted that conversations about investment have “only gotten easier and easier because our brand is so prominent now and so many people are seeing the writing on the wall.”

“I can imagine our brand growing 10x over the next five to ten years,” he said. “We are 23 years in and none of the original founding group has left. We are all still connected to our core vision and we are probably more passionate than we’ve ever been because it’s an exciting time.”