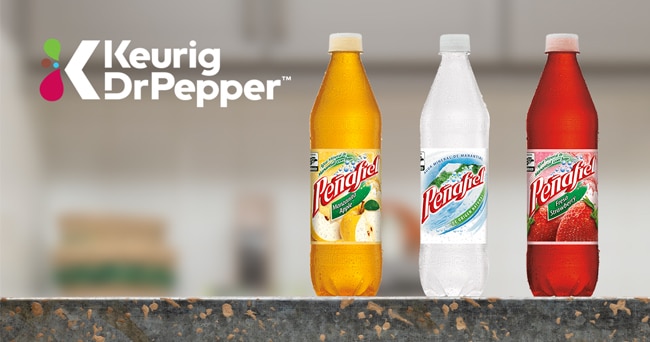 According to a complaint filed by John Pels on June 3 in California federal court, KDP declined to issue a voluntary recall or otherwise address arsenic contamination in its Peñafiel Mineral Spring Water products, despite first being made aware of the issue by the FDA in 2013. The company was cited by the agency in its “import alerts” a further two times in 2015 and 2018 for the same reason. Import alerts, which are different from warning letters, are designed to inform the FDA’s field staff and the public that the agency has enough evidence to allow for Detention Without Physical Examination (DWPE) of products that appear to be in violation of the FDA’s laws and regulations.

The suit accuses KDP of acting “irresponsibly and unlawfully” in selling Peñafiel water, while also having engaged “in an attempt to conceal the truth.”

“Keurig has concealed that thousands of its customers have ingested bottled water which contains unsafe levels of arsenic, a known poison,” attorneys for Pels wrote in the complaint.

The focus of the suit is Peñafiel, a family owned bottled water brand that launched in 1948 in Puebla, Mexico, and was acquired by Cadbury Schweppes, a precursor to Dr Pepper Snapple Group (DPS), in 1992. The brand markets a variety of products, including mineral spring waters and sodas.

The complaint highlights the impact a Consumer Reports exposé published in April had on bringing the case to court. That story examined arsenic levels across a range of bottled water products, finding that 11 out of 130 brands tested contained detectable levels of arsenic. Of those, Peñafiel exhibited the highest levels of toxicity, nearly 70% above the legal standard.

Beyond its own testing, the Consumer Reports story cited documents that showed the FDA dispatched inspectors to Pessaic, N.J.-based food importer R.R. Importaciones in March 2013 after tests conducted by the state’s health department showed Peñafiel contained 21.1 parts per billion (ppb) of arsenic, over double the U.S. federal legal limit of 10. At the time, according to Consumer Reports, R.R. Importaciones president Rogelio Martinez told inspectors product at his warehouse was only for personal use and not for sale; however, one year later, the distributor was ordered to destroy 63 cases of Peñafiel.

In response to the Consumer Reports article, KDP backtracked on information included in its 2018 water quality report and told the media outlet it had conducted new tests that confirmed Peñafiel products contained 17 ppb of arsenic on average. It also announced a two-week suspension of bottled water production at Peñafiel’s plant in order to improve filtration systems to lower arsenic levels.

However, the company has yet to issue a voluntary recall. The FDA told Consumer Reports in May that it was investigating the issue.

Katie Gilroy, director of corporate communications at KDP, told Consumer Reports that the company was not aware of any previous testing issues because KDP was not importing Peñafiel into the U.S. at the time of the 2013 inspection. She also said that the product was within the acceptable range for arsenic based on Mexican federal law at the time.

KDP did not respond to a request for comment on this story.

Lawyers for Pels are seeking an injunction and declaration against KDP that it participated in illegal actions, as well as attorney fees.