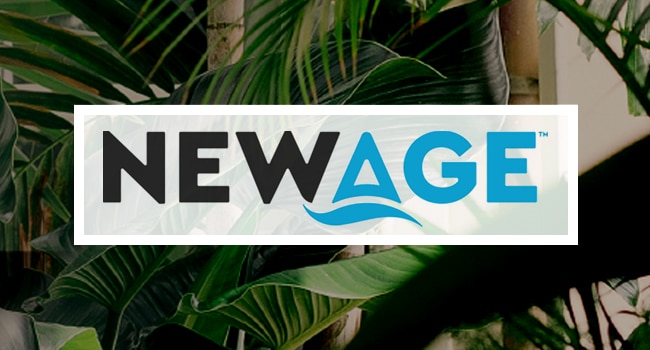 Net loss was $10.7 million, compared to $3.5 million in the same period the prior year. Total operating expenses were also up significantly, rising from $5.1 million to $43.3 million, which the company attributed to “an increase in selling, general and administrative expense and commission expenses associated with the new scale of the business.”

“We had our best performance ever at New Age and continue to build strength and momentum,” said New Age CEO Brent Willis in a press release.

Following the company’s merger with Utah-based Morinda in December 2018, CBD has become a become a key component of New Age’s growth strategy; according to CFO Gregory Gould, the division accounted for around $55 million of the company’s $69.8 million in quarterly revenue.

In January, New Age announced an 50-50 profit sharing agreement to develop and distribute CBD-infused beverages for Marley Beverage Company, a division of Seattle-based Docklight Brands. However, due to lingering uncertainty regarding health regulations, those products have been put on hold in the U.S., with the exception of select markets.

Speaking to investors, Willis noted that, because of its status as a U.S.-based publicly traded company, “you won’t see New Age’s name” on any Marley product. He emphasized, however, that the terms of the agreement with Docklight have not changed.

According to Willis, the company’s intention is to “win internationally” with CBD in order to “gain first move advantage as the regulatory landscape unfolds in each market.” He said additional CBD products are set for launch in “7 to 8 other markets” within 60 days.

Released under the ’Nhanced CBD brand, a division of its Health Sciences Division, New Age introduced a portfolio of CBD-infused oils, creams and lotions in China, Korea and Japan earlier this year. The company’s two biggest markets are China and Japan, the former of which saw 5% year-over-year growth through September.

During the quarter, New Age acquired and integrated Brands Within Reach, a New York-based marketing, branding and sales agency, into its business. The deal included brand licensing and distribution rights for global brands including NESTEA, Volvic, Evian and illy.

Willis highlighted that the deal’s main motivation was to secure talent and expertise during a critical period in the company’s growth.

“Now we have sales team of 20 to 25 people versus sales team of 2 to 3 [people],” he said. “The incremental scale that we have which is the right foundation with which to build.”