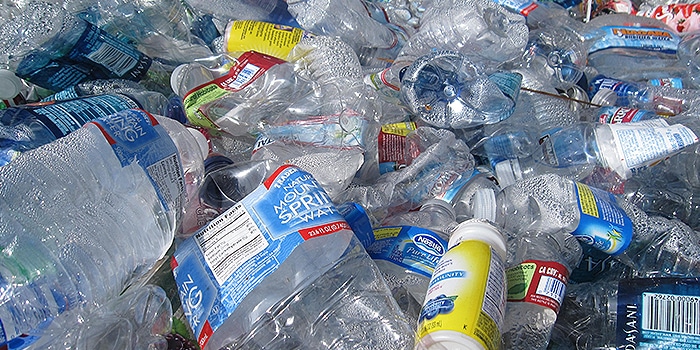 Nigeria’s plastic bottle use has doubled in the past three years, creating 150,000 tons of waste, 80% of which is never recycled and ends up in landfills and waterways. The country is the ninth-largest source of ocean plastics despite only accounting for 1% of PET bottles consumed globally, Bloomberg reports, and its largest city Lagos is turning to big beverage companies for help in establishing a more formal recycling infrastructure.

In October, regulators and sustainability groups met with local representatives and distributors of The Coca-Cola Company, Nestlé and PepsiCo, the world’s top three plastic producers, to discuss a new standard to allow these companies to package their products in recycled PET (rPET). Previously, the Nigerian government hasn’t allowed the use of recycled materials for beverage containers due to health concerns.

The hope is that increasing demand for rPET would encourage investment in recycling programs in the city. Local companies considering investing the $12 million to $20 million needed to launch Lagos rPET plants are looking to beverage giants to confirm they will buy the recycled materials.

Sade Morgan, director of corporate affairs at the Nigerian unit of Heineken NV and chairman of the Food and Beverage Recycling Alliance, told Bloomberg that “no guarantees have yet been signed” though the companies’ local subsidiaries have committed to using rPET once available. Clem Ugorji, public affairs director for Coca-Cola’s West Africa unit, said the company has committed to using rPET consistent with its previously announced global sustainability goal and “is in talks with an investor.”

Bloomberg reports that only a few local manufacturers were previously willing to buy PET materials and local residents work as scavengers on landfills to find them. Because there’s currently no regulation in place in the country, beverage companies could decide to stick to its use of virgin plastic, which is cheaper than rPET. Even then, Bloomberg notes that further regulation and commitments from the beverage giants could still incite the development of bottle-to-bottle recycling plants.

The soda industry has made its first moves in fighting the proposed tax on soda and sugary drinks in Washington, D.C. according to local public news outlet WAMU.

Last week, several of the city’s residents reported finding door-hangers from “The Alliance for an Affordable D.C” stating that “D.C. is already too expensive” and that the tax would make the city less affordable. Fine print on the door-hangers revealed that the American Beverage Association (ABA) was behind the campaign.

“Why is the D.C. Council trying to raise our taxes again when we have a budget surplus?” the message on the door-hanger stated. “As housing costs continue to rise and people are forced out of their neighborhoods, this tax will hurt residents and working families who are already struggling to make ends meet.”

As well, D.C. residents reported receiving phone call surveys regarding the bill. Though the Alliance for an Affordable D.C. would not confirm to WAMU whether it had been behind the calls, the outlet noted the ABA sponsored similar surveys in Philadelphia earlier this year.

The ABA mounted a similar campaign in 2016 against a sugary beverage tax in Philadelphia where it spent millions of dollars on ads, although the tax was eventually imposed in 2017. It also led the fight against a 2010 soda tax proposed in D.C. and ultimately rejected, WAMU noted.

Consumers now have a new way to get caffeine on-the-go — inhaling it.

Chinese company SnowPlus, maker of coffee-infused vape products, has enlisted Canadian Instagram influencer Adrianne Ho to promote the new product on social media. She’s touting the vape as “coffee you can breathe,” according to the New York Post.

The Instagram influencer currently has 821,000 followers on the platform, and claims in a video posted to Facebook that the vape allows her to “get a quick hit of caffeine and feel energized” and is now her “coffee alternative.”

SnowPlus claims its coffee pods are extracted from real coffee and don’t contain nicotine. A $39.99 starter kit contains a cappuccino pod, an iced matcha latte pod, a vaping device and USB cable. Each pod contains 0.4 mg per gram. Public health experts told Business Insider studies testing the effects of smoking coffee have yet to be conducted, and that the U.S. Food and Drug Administration will likely not approve these devices.

Removing the potentially harmful chemical bisphenol A (BPA) from its aluminum bottles has been a challenge for the beverage industry, and Fast Company reported earlier this month that coating-solutions company Valspar may have found the solution.

The presence of BPA, an industrial chemical associated with endocrine disorders, has been recognized by scientists as harmful for decades. FDA regulations have forced its removal from baby bottles and children’s cups, and it’s no longer used in the production of 90% of steel food cans, but is still present in many food containers, plastic bottles and canned good linings.

For the beverage industry, finding an alternative chemical to stop the corrosion of steel and aluminum has been a roadblock, especially as environmental concerns have led to an increased demand in aluminum packaging.

Valspar, owned by Sherwin-Williams, spent 10 years working with scientists, NGOs and consumer health and safety groups to develop an epoxy called valPure V70, which is said to stop corrosion without harming the endocrine system. According to Sherwin-Williams, billions of food and beverage cans using the company’s coatings are already on the market, particularly in California, though it could not disclose which ones. 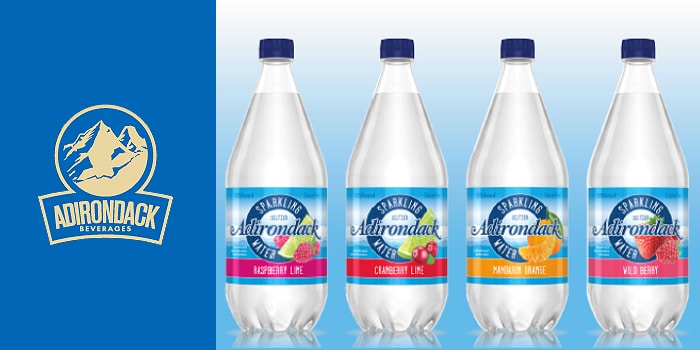 No grants for the project have been committed thus far. The Glenville Planning and Zoning Commission is considering the proposal in two parts: the subdivision of land at the industrial park where it operates and the construction of the warehouse on that land. With the expansion, Adirondack would reach a company-high 300 employees, and increase its current 700,000 square foot presence at the industrial park.

The Schenectady County Metroplex Development Authority told the outlet it has helped move the project along, and that Adirondack Beverages hopes to begin the expansion soon.