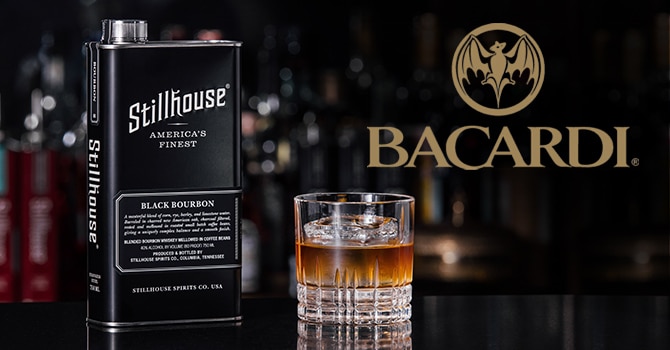 The deal, announced on Friday, brings Stillhouse fully under Bacardi after the spirits giant made an initial investment in the brand in 2014. However, the acquisition seemed unlikely just a few months ago. In March, Stillhouse founder/CEO/chairman Brad Beckerman filed suit in Delaware against Bacardi, as well as investment partners, for $100 million on charges of extortion, fraud and financial malfeasance, in addition to other charges.

In the suit, Beckerman accused Bacardi of “trying to coerce a buy out at substantially below market value” by using “false representations and promises of support,” according to a press release. As evidence, Stillhouse cited an email in which Bacardi admitted that the distillery “faces critical funding needs” but that funding would not be provided “unless and until a deal is completed or very near completed.”

Bacardi responded by calling the suit “frivolous” and accusing the company of having “repeatedly failed to deliver the growth promised, and continued to spend beyond the board-approved budgets” under Beckerman’s leadership.

“For nearly six months, we have been diligently working with the other shareholders to find a solution that would save the business,” the company stated at the time.

The suit was dismissed with no payment, settlement or concession made by either party. Beckerman will step away from the business.

“I am proud that my vision for Stillhouse will be taken to the next level by industry leader Bacardi,” he said.

Bacardi added that the acquisition “was consummated on the same terms proposed by Bacardi prior to the commencement of the litigation.”

Founded in 2016, Stillhouse has made its stainless steel, gas can-esque packaging its calling card. Rapper G-Eazy is an investing partner and co-creative director for the distillery, which markets vodka and bourbon, as well as six expressions of whiskey, including flavors.

Financial details of the transaction were not disclosed. According to a March press release, the company is on pace to ship over 70,000 cases this year.

In the newly created role, McCallum will oversee whiskey creation and stocks, with a focus on developing Glen Moray Single Malt. She will also work on other brands in the portfolio of parent company La Martiniquaise-Bardinet, which include Cute Sark, Sir Edward’s and Label 5.

McCallum was previously employed as master blender at U.K.-based Distell International from 2016 through 2019. She holds a PhD in analytical chemistry from Glasgow Caledonian University and served as a blender and global brands ambassador at Burn Stewart Distillers for a total of nine years, according to her LinkedIn profile.

“There is a great opportunity to experiment with new cask types and to develop new expressions, using the expansive knowledge of other wine and spirit experts within the La Martiniquaise-Bardinet group,” said McCallum in a press release.

Ian McLaren, Glen Turner general manager, said: “We are very much looking forward to this next chapter in the long history of Glen Moray and look forward to learning from Kirstie’s extensive knowledge and experience across a wide spectrum of the industry.”

McCallum succeeds Graham Coull, who announced in August his departure to join whiskey and gin distillery Dingle in Ireland. Coull joined Glen Moray in 2005 and, in his role as distillery manager and master distiller, helped guide the company through several expansions and new expression launches.

Pernod Ricard chairman and CEO Alexandre Ricard defended the company after Le Parisien published testimonies from four salespeople who claimed the world’s second-largest spirits maker applied “permanent pressure” on them to consume alcohol while on the job.

Speaking exclusively with The Spirits Business, Ricard was adamant that Pernod Ricard employees have “absolutely zero obligation to drink.”

“In the code of conduct, the charter, we say not only that there is no obligation [to drink], but if there’s inappropriate behavior and abuse of alcohol, it can go all the way through to termination, and it has happened,” he told the site.

According to reporting in Le Parisien, a complaint filed in French labor court by a former sales manager known as Julien alleges that drinking alcohol at work was a daily occurrence during his time working in southern France. The complaint claims that excessive drinking has led to him suffering from nervous exhaustion.

“I drunk every day (at work),” said the accuser.

Two other accusers also allege that the company pressured them into drinking with customers and dismissed complaints that it was affecting employees’ health. A third employee said he drove drunk while at work.

In a statement, Pernod Ricard “firmly denies the existence of a policy of incitation to consume alcohol among employees,” adding there was “no directive or internal orders given to sales teams urging them to drink alcohol as part of their job.”