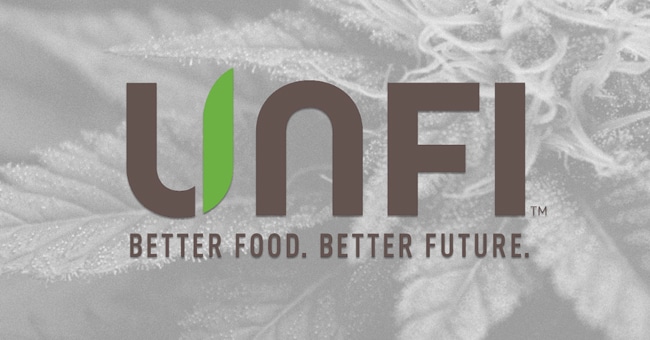 As paradoxes go, this one’s a doozy.

Partially thanks to the efforts of advocates pushing the country closer to ending marijuana prohibition, cannabidiol (CBD) — a non-psychotropic cannabis derivative thought to contain various wellness-enough properties — has been a vortex of industry hype, expectations, debate, and controversy in recent years. The number of CBD products available rises on a seemingly daily basis, while CBD’s national and state-by-state legal status remains a convoluted, tangled mess.

So for manufacturers aiming to place their CBD wares in major retail markets, the situation is far from ideal.

Last month, United Natural Foods, Incorporated (UNFI) — the largest natural food distributor in the U.S. and the top dog as far as distributing to Whole Foods is concerned — announced it will cease to carry topical CBD products in Florida, Idaho, Iowa, Nebraska, Ohio, South Dakota, Massachusetts and Texas due to state restrictions. UNFI didn’t rule out the possibility of kicking more states off their proverbial “okay-for-CBD” list, pending increased legislative clarity and/or changes.

For the affected states, this means UNFI is placing CBD ointments, soaps, and products of that nature in the same bin where CBD snacks and beverages have resided for a while now. Immediately after the Agriculture Improvement Act of 2018 declassified hemp as a controlled substance in December, the U.S. Food and Drug Administration (FDA) made a point of officially declining to approve ingestible CBD products for interstate commerce until further notice.

While this doesn’t necessarily present an insurmountable problem for retail chains that dabble in CBD, such as CVS and Walgreens, it is a potential deal killer for companies charged with driving large quantities of the hot button ingredient across state lines.

“These major retailers that are into carrying some of these products that weren’t explicitly mentioned by the FDA — topicals and vape products — some of them are focusing their efforts on states that are cannabis friendly in general, hedging their bets and hoping they don’t see any enforcement from the FDA,” says Jamie Schau, research manager of Brightfield Group, a CBD and cannabis-focused market research firm.

“The FDA basically just said ‘Don’t make medical claims,’ and that’s primarily what they’ve said they’re going to pursue. Ingestibles have kind of been the target of that, and I think that spooks people a little bit. I have not heard of any retailers or distributors really jumping into, specifically, the beverage or food space, just because it’s kind of high risk.”

A handful of national food and beverage distributors contacted for this piece declined to offer any comment on CBD. This could mean they have no official position, or it may simply mean their media relations teams didn’t get around to returning our messages before press time. Acosta — a sales and marketing firm affiliated with large grocery and Walmart — opted not to directly comment on this story, but wants it known that they’ve placed CBD among their top consumer packaged goods (CPG) trends for 2019, which portends well for CBD’s presence in Acosta’s future.

UNFI’s decision may have implications for the CBD-containing brands currently on the shelves at Whole Foods, but it’s unclear to what extent it immediately impacts the rest of the industry. Brightfield Group estimates that almost 30% of all CBD sales transpire at brick and-mortar natural food stores, making such outlets collectively the industry’s most profitable venue. For comparison, online transactions account for about 24% of sales, and smoke shops can be credited with 23%. Whole Foods may be the largest and most recognizable natural product retailer, but obviously, it’s not even close to the only one.

“It’s safe to say that I am hearing some nervousness as we await finding out what the FDA is going to do with CBD,” says Erica McBride Stark, executive director of the National Hemp Association, an industry advocacy organization. “But I am not hearing any kind of widespread panic.”

Despite UNFI’s caution and some well-publicized statewide crackdowns on using CBD as an additive in restaurants, cannabis and cannabis adjacent-items are perpetually becoming more, not less, legal. But for the time being, whether they’re cranking out CBD lotions, potato chips, dog treats, ginger beer, cupcakes, gummies, or any other product a person could conceivably add CBD to, it appears manufacturers are going to be stuck with the same distribution models to which they’ve grown accustomed for a while longer. And maybe that’s not so bad?

“Whole Foods have made no secret that they’re going to be carrying [CBD] as soon as they can,” notes Schau, whose organization estimates that CBD will swell into a $22 billion business by 2022.

“In the meantime, that just gives [small manufactures] more time to position themselves or be bought out. We see change really entering the space within another year or two years, but the Walmarts and the Whole Foods and the really major chains, nobody really knows what they’re going [to] end up doing. That only means the smaller chains will have an advantage, and that’s good for the industry.”