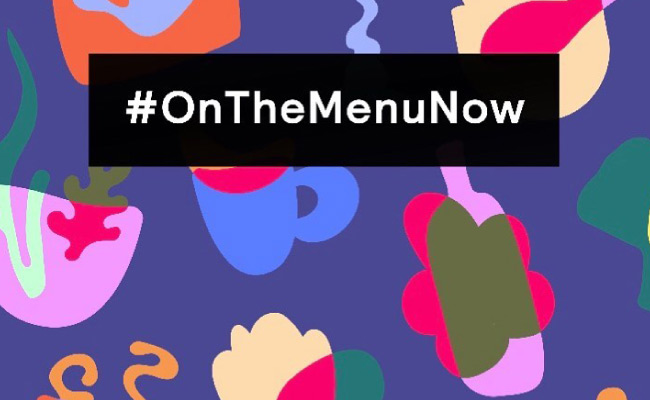 As many in the food and beverage community this summer have embraced the Black Lives Matter movement and the drive to recognize Black-owned brands, a group of entrepreneurs and brand leaders is seeking to keep the conversation going online.

On Wednesday, more than two dozen brands took to Instagram Live for a series of discussions on racial equity and the Black experience in the food and beverage sector as part of the #OnTheMenuNow Initiative, a program led by New York-based Hella Cocktail Co. The series of video conversations paired Black founders and CEOs with white brand leaders and covered topics including job opportunities, the COVID-19 pandemic and systemic racism.

“We feel conversations lead to the growth needed in our industry,” Pinkard said in a press release. “We invite real, candid conversations. We feel this initiative is just one thing we can do as brands to further the conversation of racial justice and equity.”

In the first round of conversations, Josh Ude, co-founder of plant-based snacks company Aya Raw Foods, sat down with Beckon Ice Cream co-founder Gwen Burlingame. Ude discussed the lack of healthy food options — both in grocery stores and restaurants — in areas of the country mostly populated by minorities, and said these food deserts contribute to increased rates of illness among Black communities. Ude, who cited YouTube videos as a learning tool for him and his business partner on nutrition, said he founded Aya Raw in order to provide better-for-you and nutritious options to these regions.

GW Chew, the founder of Better Chew and Something Better Foods, told The Truffleist founder Jimmy Kunz that he believed the startup community coming together is essential to uplifting entrepreneurs, noting that small businesses “outnumber” larger corporations and that supporting one another during the pandemic would be essential to their mutual success. Kunz, a New Yorker, added that he hopes that entrepreneurs will be able to rebuild the city’s independent restaurant scene in the wake of post-crisis business closures.

McGovern noted that RISE currently employs a diverse workforce that, in addition to having racial representation, is roughly 50% male and 50% female. Rouse noted that while diversity among staff is important, the next step is ensuring that those employees have a voice within the company. She called out large companies who “check boxes” for diversity, but don’t promote people of color to managerial or executive positions.

“These bigger companies, they hire this team of whatever races and okay, great,” she said. “We have all these people here, but then the people in the higher positions, those are people that aren’t diverse, right? You might have a ton of white people in these high roles and that’s who’s making the decisions. And it looks like that for a lot of companies.”

McGovern and Rouse also discussed the role white people within companies can play in changing racist attitudes by calling out bad behavior and engaging in difficult conversations. McGovern noted that while it might be a simple decision to cut off ties with an associate who has made a racist comment, it’s more difficult — but necessary — to call them out on their offensive behavior. Rouse added that sometimes, but not always, those conversations will help change behavior. She noted, as a woman of color, that she has often in the past shrugged off racism from potential business associates — a practice she plans to change.

“In business, being a woman and being a person of color … I’ve gotten all kinds of off-kilter comments and I haven’t said anything,” she said. “It’s kind of one of those things where I just roll my eyes and turn the other way and go ‘Okay, I’m not gonna work with that person’ or ‘Whatever, people have their own opinions.’ But it’s time for people of color to step up and say, ‘Hey, you can’t talk to me like that. You know, you can’t say things like that — that’s not okay.’”

In a midday session, Pipcorn co-founder Jeff Martin and Brew Dr. Kombucha founder and CEO Matt Thomas talked about the history of their brands, both of which have grown from small operations to national distribution. Although scaling Brew Dr. from a single tea house location in Oregon to a company with over $50 million in annual revenue was no easy task, Thomas acknowledged that he may have benefited from white privilege in his experiences working with bankers and venture capitalists who “looked like” him and felt confident investing in the brand, while BIPOC (Black, Indigenous and People of Color) entrepreneurs may have a more difficult time securing funding.

Martin said that growing up, his parents taught him to anticipate that he may not be treated fairly in life for the color of his skin. He noted that many of the racial issues now being discussed in the mainstream — such as Black people being disproportionately targeted by police — are not new problems but rather are simply being exposed thanks to the prevalence of phone cameras recording these incidents. Likewise, in business, public attention to racial disparities has increased and created an opportunity to put antiracist policies into action.

“I think the conversation isn’t ‘Let’s not fund Brew Dr. to go find somebody else,’” Martin said. “It’s let’s open the door to everybody regardless of what they look like and let’s treat everybody the same way.”