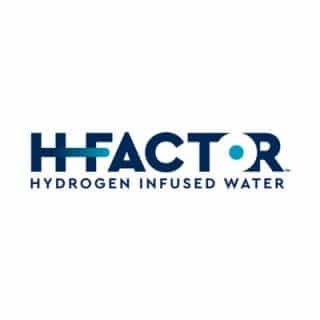 “Stop and Shop has been a staple in the North East for over 100 Years their commitment to quality and to their community is evident by the diversity and philanthropic commitments that are a foundation to their corporate culture.   It’s an honor for HFactor to be one of the brands selected to be a part of this amazing community,” said Gail Levy,founder and CEO of HFactor.

HFactor launched in May 2017 and since then,has experienced double-digit revenue growth and has seen a big increase in its retail footprint with activations in retailers such as Albertsons, Safeway,Walmart, Wegmans, Giant, Sprouts, Amazon and more.

The brand is also partnered with TerraCycle to set up a program to fully recycle their pouches into useful products like parkbenches and picnic tables.

Created by its Founder, Gail Levy, a serial entrepreneur and mentor. Gail along with select industry subject matter experts in health and wellness, beverage and distribution successfully took this revolutionary product to market in 2017. HFactor® is naturally infused with pure hydrogen to provide refreshing hydration plus therapeutic benefits for fitness, health and lifestyle recovery. It comes in a carry-anywhere (BPA free)pouch that optimizes the integrity and pureness of its hydrogen content. HFactor® engineered a proprietary reverse osmosis filtering system (patent secured) that ensures the purity and taste of the water, delivering PURE hydrogen and PURE water, and NOTHING else. HFactor® water is sourced and packaged in the United States and is available online and in stores nationwide.For more information visit: HFactorWater.com