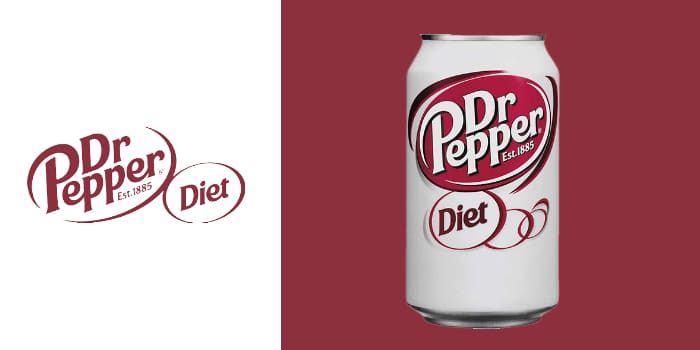 The U.S. Court of Appeals for the Ninth District affirmed a lower court ruling dismissing a class action suit against Dr Pepper/Seven Up, Inc. alleging Diet Dr Pepper’s use of the term “diet” implies it can help with weight loss or management.

The initial complaint was filed by Shana Becerra in October 2017, in which she alleged that, by using “diet” on product labels, Diet Dr Pepper promised consumers it could “assist in weight loss” or at least “not cause weight gain.” To support her claims, Becerra cited several studies indicating that aspartame, the artificial sweetener used in Diet Dr Pepper, has no weight loss benefits and is likely to cause weight gain.

The complaint has been amended several times, but has been consistently rejected by the courts, having been dismissed by a California U.S. District Court Judge William H. Orrick in April 2018 and again in August 2018.

Arguing the case before the Ninth Circuit, Bacerra’s attorneys said that the complaint sufficiently proved that consumers were misled by the word “diet” because aspartame interferes with the body’s ability to metabolize calories, leading them to have a higher caloric intake than they believed.

In his opinion filed on December 30, Circuit Judge Jay S. Bybee wrote: “The district court found that no reasonable consumer would believe that the word “diet” in a soft drink’s brand name promises weight loss or healthy weight management and, even if a reasonable consumer would believe that, Becerra had not sufficiently alleged that any such promise was false because of insufficient allegations that aspartame consumption causes weight gain.”

A lawsuit between The Coca-Cola Company and the heirs of lemonade maker Hubert Hansen will move to a jury trial after a California Superior Court judge ruled in December that the soda giant does not own the publicity rights for Hansen’s name and image.

The case hinges on a dispute over whether or not the publicity rights for Hubert Hansen, creator of Hansen’s Naturals, were included in subsequent transactions involving other companies controlled by his descendants, the first of which, Hansen Foods, was launched in 1971.

In his decision, Judge Timothy Taylor concluded that publicity rights were not part of Hansen Foods’ bankruptcy filing in 1988, and thus could not have been transferred to the company’s new owners, California Co-Packers, upon its acquisition of Hansen Foods assets that same year. As such, those rights were not part of California Co-Packers’s subsequent 1992 sale of Hansen’s assets to current Monster CEO Rodney Sacks and president Hilton Schlosberg, who together formed a new entity, Hansen’s Beverage Company, and used it to launch Monster Energy Corp. In 2015, The Coca-Cola Company acquired all non-energy Hansen’s branded products, including the namesake soda line, Hubert’s Lemonade, Blue Sky and Peace Tea.

In other words, upon his death in 1951, Hansen’s publicity rights were transferred to a group of his living relatives and have never been the property of any company. The court confirmed that the Hubert Hansen Intellectual Property Trust (90%) and Guadalupe Krikorian (10%) are the exclusive owners of the publicity rights. No decision was reached on the value of those rights, their direct connection to Coca-Cola’s commercial purposes or whether the plaintiffs in the case were harmed.

In his decision, Judge Taylor noted that Sacks’ overlooked claims to Hubert Hansen’s publicity rights despite testifying that Hansen’s “60 years of reputation and heritage” was an “essential” component of his plans for the brand upon acquiring it.

“Mr. Sacks testified he looked into and was attracted [sic] the Hansen “history and what it stood for. This should have clued him into the need to make sure that anyone with a stake in that history was relinquishing the rights they held,” Judge Taylor wrote in the decision. “In other words, from 1992 through 1999, as the rights to the Hansen’s mark were being acquired, he and Mr. Schlosberg had the opportunity to approach the heirs of Hubert Hansen to acquire the right of publicity. The court concludes that the evidence preponderates in favor of a finding that they did not do so.”

PepsiCo is asking for federal court in Iowa for a retrial of a lawsuit against a former bottling partner that resulted in a nearly $3 million judgement against the soda giant.

Mahaska Bottling Company was awarded the amount in damages after a jury found that PepsiCo broke its commitment to reimburse the bottler the difference between its wholesale prices and those set unilaterally with national customers.

In asking for another trial, PepsiCo asserts that Mahaska unfairly influenced the jury by bringing up antitrust claims that had previously been dismissed and by emphasizing the gap in the two parties’ “wealth, revenues and bargaining power,” a violation of court rules.