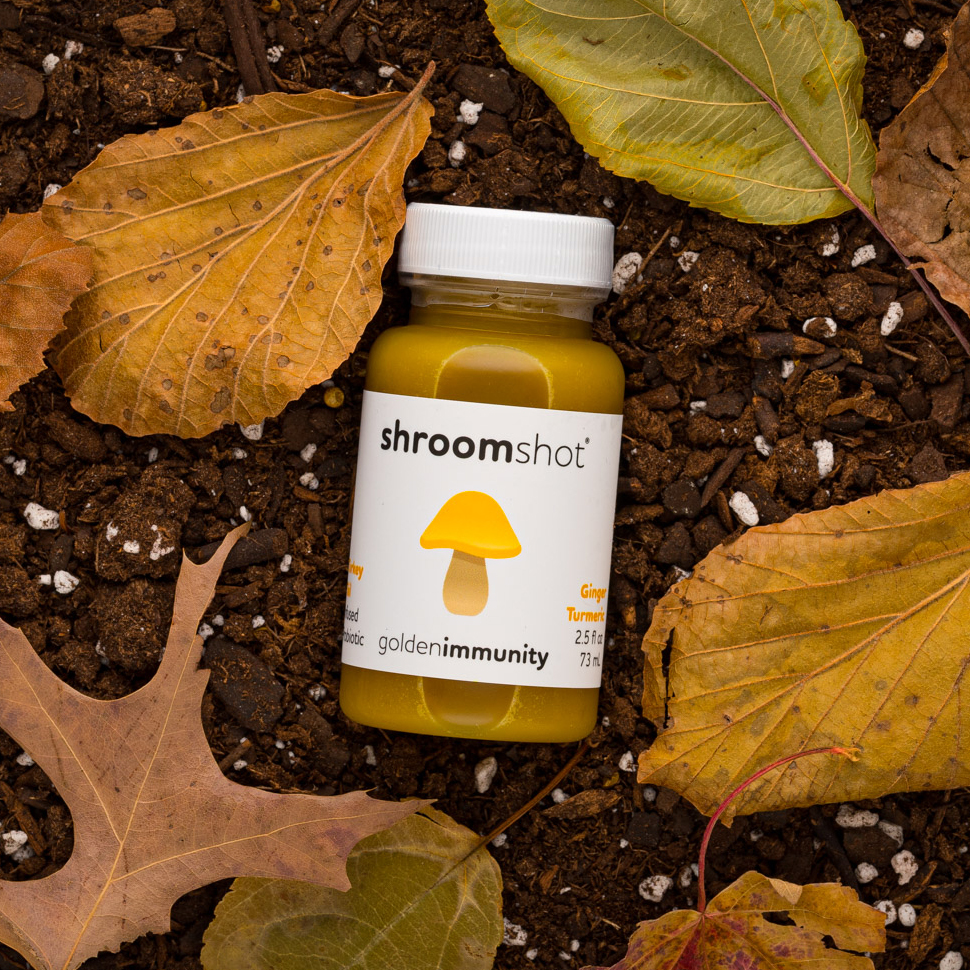 Shroomshot is a 2.5 oz. functional shot that is being marketed as a “mushroom wellness shot.” The products, which are perishable, contain both mushrooms and probiotics and come in two SKUs, Golden Immunity and Mental Lemon.

The Golden Immunity SKU is a ginger turmeric flavored product that features turkey tail mushroom. Key ingredients include pineapple juice, lemon juice, turmeric, ginger, kombucha vinegar (the source of the probiotics) and black pepper. The flavor profile is bold and tart, with notes of citrus and spice and a vinegary finish.

Mental Magic, which is blueberry and lemon flavored, features lion’s mane mushroom as well as coconut water, blueberry juice, kombucha vinegar, lemon juice, blueberry essence, ashwagandha and stevia. That final ingredient was the difference maker for us between the two, as it feels like somewhat of a surprise and unnecessary ingredient beyond keeping the calories at 20 (the same as the other flavor that doesn’t use stevia). Otherwise, this product has a sharp lemon note, a touch of blueberry, some earthy flavor from the mushroom and some final vinegar punch.

Of the two SKUs, this one feels a bit more mainstream and also has the added benefit of ginger and lemon already being a core part of the refrigerated shots category. In addition, we love the bold flavor of the Golden Immunity and we wish that they’d take a similar approach with Mental Magic.

On the outside, the packaging is quite intuitive. The bottle size is clearly that of a shot and mushroom is clearly the hero ingredient: it’s in both the name and also there’s an illustration of a mushroom that’s the dominant visual element on the label. To that end, this is something that presents both an opportunity, in that it has a unique look, and a challenge in trying to appeal to the consumer’s senses with a savory ingredient where most other companies are using fruit images.

The above being said, we’d still like to offer the suggestion that they adjust the labels to lead with the product’s flavor rather than a statement about its functionality.

Otherwise, we think that Shroomshot is in a pretty good spot for an upstart brand. There’s some work to be done with Mental Magic’s formulation, but that shouldn’t be too much of a hurdle, and the rest of what they’ve created is both innovative and enjoyable.