LYNCHBURG, Tenn.–(BUSINESS WIRE)–Starting today, fans of Atlantic Records recording artist, K. Michelle can enter for a chance to win exclusive opportunities to meet and greet with her courtesy of Jack Daniel’s Tennessee Honey and Black Entertainment Television (BET). One of her “Rebels” – as she affectionately calls her fans – will receive an all-expenses paid trip for two to join K. Michelle on the red carpet at the BET Awards or for a VIP experience. Five more “Rebels” will win an all-expenses paid trip for two to attend an exclusive Jack Honey Jam session in New Orleans later this summer.

“We are excited to continue our partnership with K. Michelle, who has always shown love to the Jack Daniel’s Family of Brands,” says Casey Nelson, Brand Director, Jack Daniel’s Flavor Portfolio North America. “The My Twisted Mind tour was amazing and we’re looking forward to creating more exciting experiences with her.” 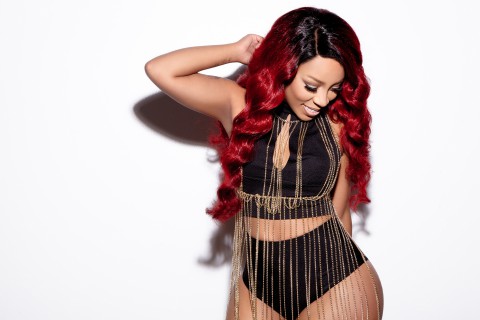 K. Michelle announced the partnership with Jack Daniel’s Tennessee Honey at the start of her My Twisted Mind Tour earlier this year. During the tour, concert patrons had an opportunity to sample her signature cocktail recipes from a specially-crafted Jack Honey drink menu. These recipes, which include the Velvet Memphis, Twisted Honey and Heartbreaker, provide a variety of delicious options to enjoy the brand responsibly in fresh new ways.’

“This collaboration with Jack Honey means so much to me,” says K. Michelle. “I love that I can work with one of my favorite brands and give a little something back to my fans at the same time.”

The sweepstakes is open to legal residents of the United States who are at least 21 years of age. Fans can visitwww.jackdaniels.com/HoneyJam for the Official Rules and to submit an entry. Entries can also be entered by texting HONEYJAM to 68405. Void wherever prohibited by law.

Known to millions as a cast member on the hit VH1 series Love & Hip Hop: Atlanta, K. Michelle celebrated her blockbuster album, “REBELLIOUS SOUL” by headlining “The Rebellious Soul Tour” late 2013 and opening for Robin Thicke on his “Blurred Lines Tour” at the top of 2014. Since then, she’s been extremely busy building her Rebellious Soul brand.

Alongside the first season of her very own show, K.Michelle: My Life, her sophomore album Anybody Wanna Buy A Heart debuted at #2 on the Billboard R&B/Hip-Hop Chart and #6 on the Billboard 200, making it the top debut of 2014 for an R&B artist. Billboard named the album one of 2014’s Best R&B records, while Complex proclaimed, “K. Michelle is leaps and bounds ahead of many of her peers.” The Associated Press, Billboard, and Rolling Stone have all named Anybody Wanna Buy A Heart as one of the best R&B albums of 2014.