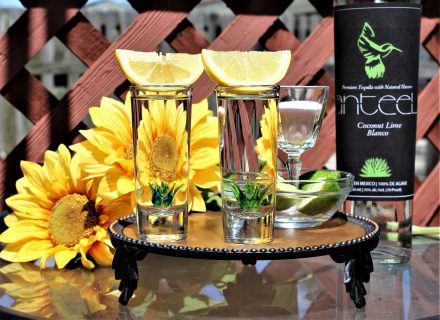 DETROIT – Michigan’s award-winning Teeq Tequila rebrands as Anteel Tequila to establish a deeper connection with the ideology behind the brand and logo, the hummingbird. The name Anteel is derived from a distinct species of the hummingbird and represents a passionate bond the owners have for the bird, the logo and the vision of the company.

Anteel Tequila released two tequila expressions on August 27th, 2018 exclusively in the Michigan market, the world’s only Coconut Lime Blanco Tequila and a Reposado Tequila aged eight months in second generation Tennessee whiskey barrels. On October 1st 2019, Anteel Tequila released their third expression, a Blanco Tequila being heralded by consumers as the “smoothest tequila on the planet!” Late February Anteel spilled over Michigan state lines and became available in both California and Florida.

Anteel is a premium tequila brand created by husband and wife duo Don and Nayana Ferguson. They created Anteel out of their love for tequila and a passion to educate consumers on the differences with quality, premium tequilas. During their journey, the team discovered that co-founder and COO Nayana Ferguson is the first Black woman in the world to co-own a tequila company, a prestigious title that adheres to the brands motto “create your legacy”.

In March 2020, Anteel Tequila (as Teeq Tequila) was honored with several awards at the prestigious San Francisco World Spirits Competition (SFWSC) with the coconut lime blanco and reposado garnering a silver medal and the blanco receiving a bronze medal.  The SFWSC is regarded as the Oscars of the spirits industry and deemed Anteel Tequila as one of the best in the world.