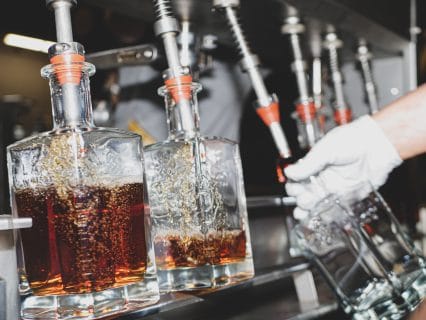 DENVER— Laws Whiskey House, the award winning Denver based distillery, is excited to announce an exclusive strategic distribution partnership with Wine Warehouse, a California Distributor of Spirits, Wine and Beer. Effective immediately the entire Laws Whiskey portfolio including its flagship Four Grain Straight Bourbon & San Luis Valley Straight Rye along with three Bottled in Bond expressions will be available throughout the Golden State.

“The whiskey is delicious and the “No Shortcuts” attitude is right up our alley,” says Brandon Bartlett, Director of Spirits at Wine Warehouse. “We couldn’t be happier to have Laws as a new addition to the premium spirits book at Wine Warehouse!”

“Wine Warehouse has such an impressive portfolio and track record,” says Al Laws, founder of Laws Whiskey House. “A perfect partner to help our distillery take the next step into a robust whiskey market like California.”

Established in 2011, Laws Whiskey House is a purpose driven, grain-to-bottle whiskey distillery founded on the principle that the soul of its whiskey is comprised of the people who grow it, the people who make it, and the people who drink it. Using the traditional method of open-air, on grain fermentation, Laws’ whiskeys feature high altitude grown American mother grains and mountain spring water while aging in 53-gallon charred American oak barrels. With a collection of award winning whiskey, including several Bottled in Bond expressions, Laws Whiskey House invites you to visit their tasting room in Denver’s historic Gates neighborhood and enjoy the Laws experience. For more information visit lawswhiskeyhouse.com.