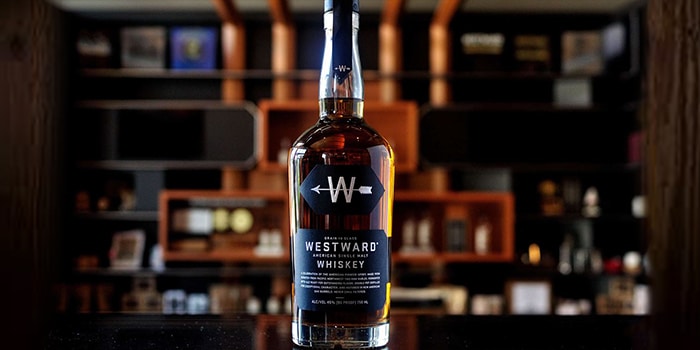 Big spirits players like Diageo, Pernod Ricard and Stoli are expanding their portfolios by investing in small, entrepreneurial brands, to boost not only their bottom lines but their ability to connect with changing consumer preferences.

The global distilled spirits market was valued at nearly $26 billion in 2017, and is projected to top $38 billion by 2026, according to Coherent Market Insights. The stakes are high, and big players don’t want to miss out, noted Stephen Rannekleiv, Global Sector Strategist at banking cooperative Rabobank.

“Think of a brand like Tito’s. It came out of nowhere, disrupted the category and has really taken share from Smirnoff and Absolut,” said Rannekleiv. “Who wouldn’t want to invest in something like that before it breaks out? If you can get in early, it’s attractive.”

“Bigger brands are softening but the spirts industry is growing, confirming that growth is coming from smaller players in the market,” said Kevin O’Brien, Principal at M&A advisory Zepponi & Company. “Legacy brands are getting dusty and looking to supplement [their portfolios] with hot growing brands that consumers are attracted to.” 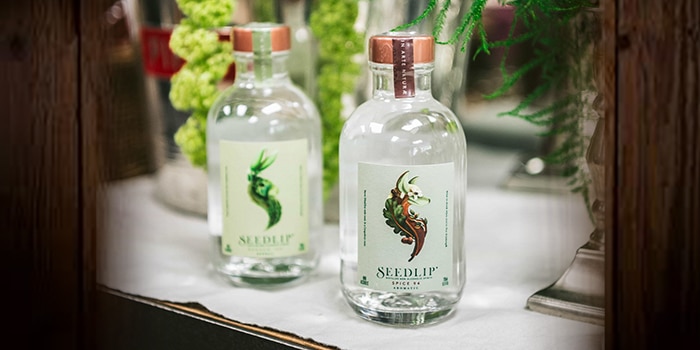 Both the spirits retail and distributor landscapes are consolidating, with three distributors now controlling about 60 percent of the market, he added. This is forcing brands to be more nimble and provide distributors with newer products in growing categories.

“From a cost and time perspective, it’s harder to create a brand out of thin air versus acquiring one,” O’Brien noted. “Brands can allocate dollars towards smaller brands that are showing traction, and utilize their distribution and production muscles.”

Founded eight years ago in London, Distill Ventures is an investment accelerator for the spirits industry. It operates independently of Diageo, but is the company’s exclusive strategic partner for investments. Gonzalo de la Pezuela, Managing Director, Distill Ventures North America, noted that for Diageo, investing in entrepreneurial brands is the fast track to identifying innovations that appeal to changing consumer habits.

“In today’s dynamic marketplace, people are looking for what is new and exciting— and keeping things fresh is big challenge for a legacy brand,” said de la Pezuela. “A new brand doesn’t have that baggage but they have to create their tribe of believers from scratch, and if you are doing something truly innovative, there isn’t a playbook for that.”

Investments in smaller entrepreneurial labels can help big spirits brands that have fallen behind in in-house innovation fill holes in their portfolios. And, there’s also the very real desire to avoid the mistakes made by many large brewers, who were slow to invest in the craft beer space. 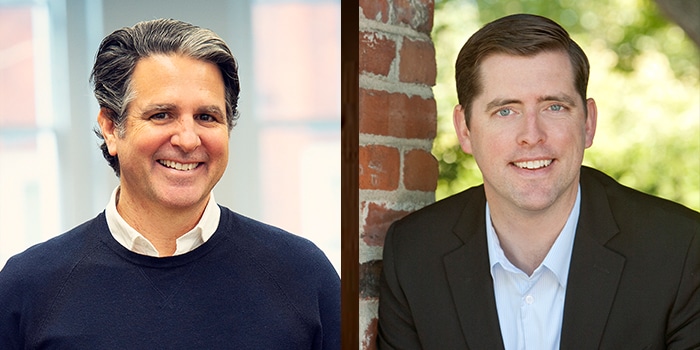 “Across the entire consumer foods category, large established food and beverage flagship brands have really been kicked in the teeth—they’re losing their privileged position to small start-ups,” Rannekleiv said.

By necessity, smaller brands are more nimble when it comes to leveraging tactics like social media and influencers to build their brand identity. Big brands can glean valuable knowledge from their experience.

Upstarts can also offer new product innovations. Investing in the non-alcoholic gin Seedlip gave Diego a way to connect with a new category of consumers looking for something different, much in the way that ZX Ventures’ investments in commerce platforms and innovative brands have given AB Inbev a wealth of information, said Rannekleiv. “Think about who is buying Budweiser and Bud Light—they’re probably very different from craft beer drinkers, and that can give insight into different consumers.”

How Deals Are Structured

Typically, these brands are making minority investments, placing small bets on these upstart brands with an option to acquire a controlling interest if the brand meets certain growth criteria and targets. When they acquire a share, they don’t necessarily immediately integrate the investment into their portfolio. Often, the investor might assist the small brand with some back end functions, or consulting expertise, but they’re not necessarily placing them in their distribution chain from the start.

That distribution piece is what many entrepreneurial brands are hoping for, noted O’Brien. “Maybe they’re at X thousand cases and want to get over that hump, with distribution clout of a larger parter.”

Still, most investors take a wait and see approach.

“They can help with administrative stuff, and allow the small companies to focus on what they do best, but they’re not necessarily putting them onto their trucks or into their portfolio until they prove growth,” says Rannekliev. “They’re not going to distract their teams with a myriad of unproven brands—the brands have to prove their concept.”

If the concept is proven, the ROI can be significant for an investor. Rannekliev cites Huneeus Vinters acquisition of The Prisoner Wine Company in 2010 for a reported $40 million as a prime example. In 2016, it resold the brand for approximately $285 million to Constellation—more than seven times what it initially paid. 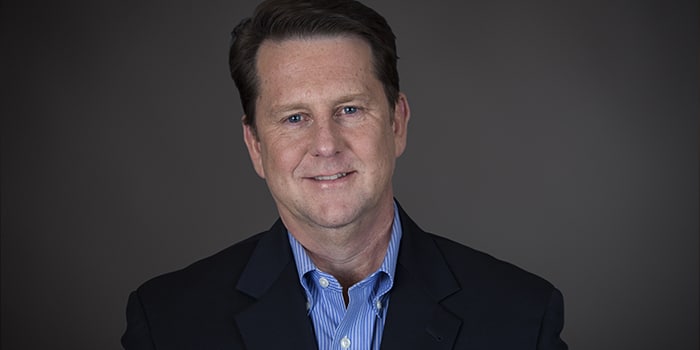 “You get in early make a number of small bets. Not all of them will break out, but as long as one of X is successful, you can come out ahead,” he says.

But as companies make their investments, they need to remember not to muck up what made the small players attractive in the first place. Rannekliev cautioned against “touching the butterfly’s wings” with micro-managing. “These brands are often successful because they are different, and are positioned differently from a mainstream brand. When you manage them differently, the wheels can come off. You need to find the right balance between offering support and overtaking the brand.”

What makes a good investment for Distill Ventures and Diageo? For starters, said de la Pezuela, it can’t be the same old thing. The offering needs to be able to create a passionate following and be based on a bold concept that brings something new to the conversation. But a good idea alone isn’t enough.

“In food and beverage, people get excited about meeting the makers and knowing where things are made—the founding team is just as important as the idea, product and application,” he said. “We’ve turned away ideas that we thought were great when they didn’t have the team to support them.”

Distill has a team of eight working in the U.S., with a global investment portfolio of about 20 brands it has invested over $100 million in so far. The approach to managing each is customized; the entrepreneurs continue to operate independently but can turn to Distill and Diageo for advice and insight on marketing strategy, sales techniques and route to market support, as well as assistance on strategic and financial planning, says de la Pezuela.

One of the biggest takeaways for big brands from these investments is insights on how to reach changing consumers. Many of the industry leaders today were built by connecting with baby boomers and the older edge of gen X, but younger Americans buy—and drink—differently.

“Small brands can teach us a lot about what the consumer is responding to and how to engage them, and bring them into the conversation,” says Rannekliev. “The value for large brand owners is understanding how these companies connects with consumers, what works and what doesn’t.”

What spirits brands are placing bets with upstarts? Here’s a rundown of some of the players in the space:

Who they are: An investment accelerator that partners exclusively with Diageo, home to brands such as Smirnoff, Johnnie Walker and Bailey’s.

Who they are: The corporate venture arm of Constellation Brands, and parent company to leading spirits brands such as Svedka Vodka and Casa Noble Tequila, as well as wine brands such as Robert Mondavi and a beer portfolio including Corona and Model Especial.

Who they are: Best known, of course, for Stolichnaya Vodka.

Investments of note: Purchased a minority share in Bayou Rum producer Louisiana Spirits in 2015, and then upped its ownership to a controlling share the following year; acquired small-batch Kentucky Owl bourbon in 2015 and has broken ground on a new $150 million distillery and visitor center for the brand.

Who They Are: Home to a multitude of international spirits and wine brands, ranging from Jameson Irish Whiskey and Beefeater Gin, to California-Based Kenwood wines and Mexican Olmeca Tequila.

Who they are: Over 200 year old maker of a diverse line of spirits, including Jim Beam and Maker’s Mark bourbon, Suntory Japanese Whisky, Couvoisier cognac, Midori melon liqueur and Bowmore single malt Scotch.

Who they are: Bermuda-based company with a hefty brand portfolio of 200+ brands, including Brew Goose vodka, Dewar’s Blended Scotch whisky, Patrón tequila and, of course, Bacardi rum.

Who they are: One of the largest American owned spirits conglomerates, home to brands such has Canadian Mist, Chambord, Finlandia and Jack Daniel’s, to name a few.

Investments of note: As part of a $50 million partnership with the Conyngham Family, a new Slane Whiskey Distillery was opened north of Dublin, becoming Brown-Forman’s first distillery outside the U.S.

Who they are: Privately-held, Louisiana beverage company that operates nine distilleries. Products include Buffalo Trace bourbon, Legacy Canadian whisky, a line of ready to drink cocktails and Peychaud’s Bitters, a key ingredient of the eponymous Sazerac cocktail.