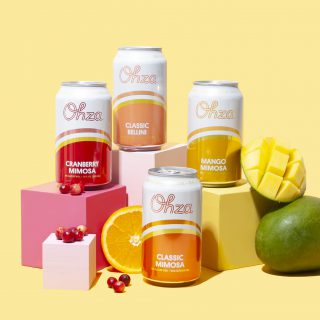 CAMBRIDGE, Mass. – Ohza, one of the fastest-growing canned cocktail companies in the United States, adds a key position to their team with the hiring of a seasoned sales leader. Jeff Janisse, Ohza’s new Director of National Accounts, will assist with the company’s aggressive distribution goals in new and existing retail markets for Ohza in the United States. This hire will ensure Ohza continues its rapid growth in retail, as Janisse is responsible for fostering and managing relationships with all chain accounts for Ohza across the country.

“We’re really fortunate that despite the uncertainty 2020 brought many of us, Ohza has thrived and is able to begin 2021 by bringing someone on to our team with such a proven track record,” said Ohza Founder, Ryan Ayotte. “Jeff brings a fresh perspective, immense experience, and deep connections to accounts across the country, and we’re excited about where his expertise and relationships will take the brand.”

Jeff brings 23-plus years of experience as a Director of National Accounts, most recently for the largest independent hard seltzer brand in the U.S. Prior, Jeff has built major chain retail presence for Southern Tier, Oskar Blues, Sapporo, and the Gambrinus Company.

Ohza’s consistent success is not only evident in their team’s continuous growth, but also in their rapid expansion to various regions of the U.S. due to high demand for Ohza’s canned cocktails. By filling the Director of National Accounts position with an experienced, key player in the beverage industry, Ohza is now more prepared than ever to sustain their continued growth and development.

Ohza was founded in June 2019 by Ryan Ayotte after attempting to mix mimosas with his friends on a tippy boat off of Cape Cod, MA. As the original champagne cocktail company, Ohza uses quality sparkling wine and real juice like you would when making them yourself, but with fewer calories, less sugar, and ready-to-drink. Now available in four flavors, Ohza is considered one of the fastest-growing ready-to-drink cocktail companies in the industry. Ohza is available directly to consumers in 42 states at ohzamimosas.com, as well as at 1600+ retailers in the Northeast, including Whole Foods and Wegmans. Follow Ohza on Instagram and Twitter @ohzamimosas, and like on Facebook.