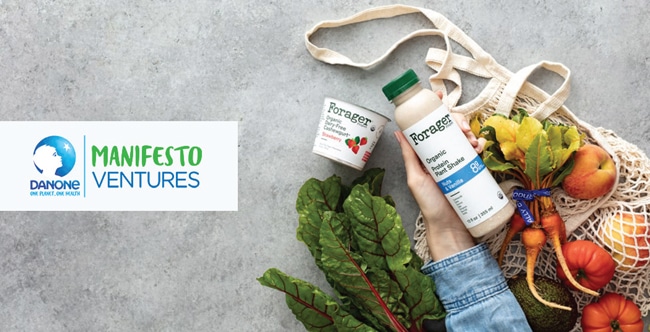 Plant-based food and beverage brand Forager Project announced in October that it has received a minority investment from Danone Manifesto Ventures. Terms of the deal were not disclosed.

Launched in 2013 initially as a HPP juice brand, Forager Project has pivoted away from the juice category to develop a portfolio of cashew-based dairy-alternative products, including milks, creamers, shakes, drinkable yogurts, yogurt cups, and sour cream. The company also makes a line of kale and spinach chips.

Although the company is preparing to launch several new products in the coming months, including cashew butter and cereal, Forager Project founder and CEO Stephen Williamson told BevNET the investment will mainly be used to sustain Forager’s current growth, including expanded distribution and increased brand awareness.

According to Williamson, Forager investor and board member Gary Hirshberg — the founder and former CEO of Stonyfield Farm — recommended Danone based on his own experience with the multinational, which invested in Stonyfield in 2001 before later acquiring the company. Williamson said Danone, which also owns dairy alternative brands such as Silk and So Delicious, gives Forager access to “deep expertise” in production, distribution, sourcing, marketing and sales methods for the U.S. market. 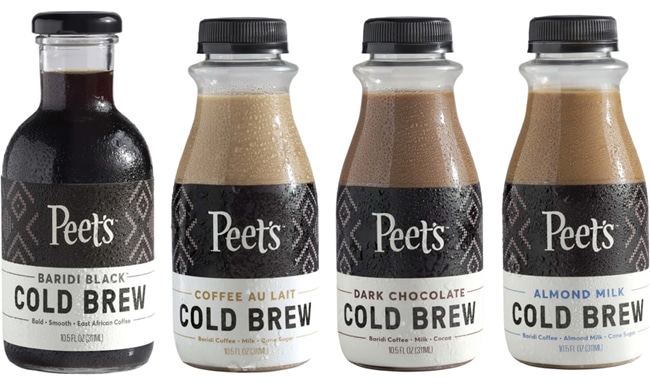 Speaking with BevNET at the National Association of Convenience Stores (NACS) show in October, Peet’s senior director of marketing Gretchen Koch said the company closed its Coldcraft unit earlier this year. Announced in the spring of 2017, Coldcraft was a business unit which focused on cold brew coffee innovation and established a West Coast DSD network to distribute the company’s refrigerated products, including kegs and Revive Kombucha.

Koch said Peet’s business had “splintered” in trying to expand its shelf-stable RTD coffee offerings while also growing its cold brew business, leading the company to cut the latter in order to focus on becoming a “national player” through the former.

At NACS, the company showcased new shelf-stable innovation with its Peet’s Blended Coffee line of iced coffees made with cream, sugar, and single-origin Colombian beans. The line, set to launch in California in January, features flavors including Coffee & Cream, Caramel Dulce, Chocolate Truffle and Vanilla Creme, and will retail for $2.99-$3.49 per 13.7 oz. bottle. 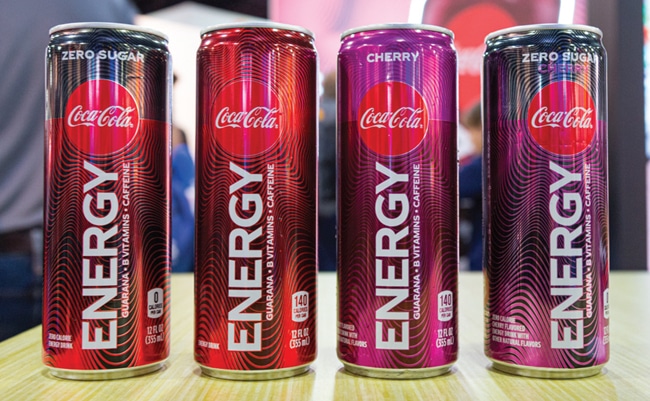 The line, currently available in a full and a zero calorie SKU, debuted in Hungary and Spain earlier this year and is now available in over 25 countries in Europe. Two new flavors, Cherry and Cherry Zero Calorie, will be U.S. exclusives.

The entire line will contain 114 mg of caffeine per 12 oz. single-serving can, plus guarana extract and B-vitamins.

Coke Energy’s U.S. debut is the long-forecasted endgame to the soda giant’s dispute with Monster Energy; the Atlanta-based soda giant owns a 16.7% stake in Monster and distributes the brand’s products through its network of franchised bottlers in the U.S. and Canada.

The two companies split over the interpretation of terms of their 2015 distribution agreement, which prevents Coke from launching a direct competitor to Monster, unless introduced under the Coca-Cola trademark.

The matter was eventually settled in favor of Coke in an arbitration hearing in July. Both companies have reaffirmed their partnership throughout the process. 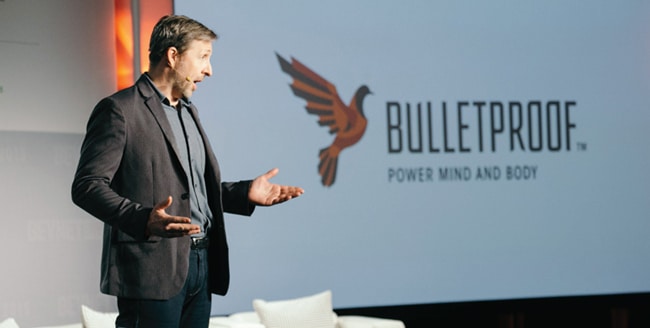 In late September, Dave Asprey, founder of nutrition platform brand Bulletproof 360, stepped down as CEO and moved into the role of executive chairman, the company announced. He was be replaced by Sovos Brands CFO Larry Bodner.

Speaking to BevNET, Asprey said he chose to step aside as CEO in order to focus on being an “evangelist” for the brand, opting to hire a new leader with extensive CPG experience as the company transitions from a primarily ecommerce platform to a broader omnichannel retail business. In this past year, the company’s cold brew coffees and various supplement products have launched nationwide into mass and grocery chains including Walmart, Target, Sam’s Club, Costco, and Kroger.

“I’m a tech entrepreneur from Silicon Valley and I know an awful lot about biology and what to eat,” Asprey told BevNET. “I don’t have 25 years of CPG experience. So I hired someone to help me do that. My office isn’t moving. What I do on a daily basis isn’t actually changing that much because I’ve always been our head evangelist, the face of the company and the face of the movement. I just want to be better at that and be better at leading the company.”

Asprey’s decision to step down follows a wave of c-suite and leadership exits at Bulletproof throughout 2019, including president and COO Anna Collins, VP of product management and strategy Karen Huh, director of financial planning and analysis Brian Hawkins, director of marketing Sandy Blumberg, VP of retail operations Amy Jo DiMeglio, and director of sales planning and strategy Cynthia Hamilton, among others.

Asprey declined to call this wave of exits a “layoff,” noting that Bulletproof was not downsizing and had posted job openings online to fill the vacated positions.

Bulletproof has raised nearly $70 million in investment over three rounds, including a $40 million series C financing round led by CAVU Ventures in August, 2018.