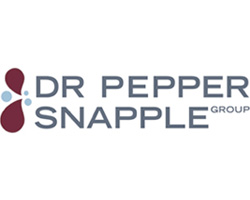 For the quarter, reported net sales increased 3% on a 2% increase in sales volumes and favorable product, package and segment mix, which were partially offset by 1 percentage point of unfavorable foreign currency translation. Reported segment operating profit (SOP) increased 11%, or $38 million, on net sales growth and ongoing productivity improvements, as well as a favorable comparison to a $56 million non-cash charge due to our withdrawal last year from a multi-employer pension plan. These increases in year-over-year SOP were partially offset by increases in certain operating costs, including health and welfare and performance-based incentive compensation costs, a $13 million increase in marketing investments and an $8 million unfavorable foreign currency impact. Reported income from operations for the quarter was $256 million, including a $23 million unrealized commodity mark-to-market loss and a $14 million charge due to the annuitization of certain pension obligations. Reported income from operations was $264 million in the prior year period, which included the aforementioned $56 million pension charge and a $3 million unrealized commodity mark-to-market loss.

DPS President and CEO Larry Young said, “In looking back at our performance in 2014, there’s no question that our teams continued to deliver against our focused strategy in a competitive environment. We continued to build our brands with relevant consumer messaging and programming, delivered innovation to meet consumers’ evolving needs and drove distribution and availability gains across the portfolio. Rapid Continuous Improvement (RCI) is helping us to drive growth and productivity across the business, and we’ve continued to return excess cash to our shareholders. I’m confident that we have the plans in place for 2015 to drive further improvement.”

Net sales and SOP in the tables and commentary below are presented on a currency neutral basis. For a reconciliation of non-GAAP to GAAP measures see pages A-5 through A-10 accompanying this release.

In NCBs, Snapple grew 4% for the quarter, driven primarily by mid-single-digit growth in Snapple Premium, which was partially offset by our de-emphasis on our value products. Clamato volume increased 9%, and our water category grew 5% for the quarter. Hawaiian Punch volume decreased 4% in the period, and Mott’s declined 2% on lower sauce volumes.

For the year, BCS volume increased 1% with CSDs increasing 1% and NCBs declining 1%.

In CSDs, Peñafiel volume increased 21% on product innovation. Our Core 4 brands grew 2% driven by a high-single-digit increase in Canada Dry, which was partially offset by a low-single-digit decline in 7UP. Sunkist soda and A&W were flat for the year. Schweppes increased 10%, while Crush decreased low-single-digits. Dr Pepper volume declined 2% primarily on continued declines in diet. Fountain foodservice volume grew 1% for the year.

In NCBs, Hawaiian Punch declined 7%, and Mott’s volume decreased 1% on lower sauce volumes. Clamato increased 7%, and our water category grew 3% for the year. Snapple grew 1%, driven primarily by mid-single-digit growth in Snapple Premium, which was partially offset by our de-emphasis on our value products.

By geography, U.S. and Canada volume was flat, and Mexico and the Caribbean volume increased 5%.

Sales volumes increased 2% for the quarter and 1% for the year.

Net sales for the quarter decreased 2% as higher sales volumes and concentrate price increases taken earlier in the year were more than offset by a higher fourth quarter trade accrual. SOP for the quarter declined 7% on the net sales decline, increased marketing investments of $8 million and increases in certain operating costs, including performance-based incentive compensation costs.

Corporate and Other Items

For the quarter, corporate costs totaled $120 million, including a $23 million unrealized commodity mark-to-market loss. Corporate costs also included a $14 million settlement charge due to the annuitization of certain pension obligations and increases in certain operating expenses, including $6 million in performance-based incentive compensation costs. Corporate costs in the prior year period were $73 million, which included a $3 million unrealized commodity mark-to-market loss.

Net interest expense was flat in the quarter compared to the prior year period.

Packaging and ingredient costs are expected to decrease COGS by about 1%, on a constant volume/mix basis.

The company expects its core tax rate to be approximately 35.5%.

The company expects capital spending to be approximately 3% of net sales.

The company expects to repurchase $500 million to $550 million of its common stock.

Sales volume: Sales of concentrates and finished beverages, in equivalent 288 fluid ounce cases, shipped by the company to its bottlers, retailers and independent distributors and includes contract manufacturing volume.

Pricing refers to the impact of list price changes.

Unrealized mark-to-market: We recognize the change in the fair value of open commodity derivative positions between periods in corporate unallocated expenses, as these instruments do not qualify for hedge accounting treatment. As the underlying commodity is delivered, the realized gains and losses are subsequently reflected in the segment results.

Core financial measures are determined utilizing reported financial numbers adjusted for the unrealized mark-to-market impact of commodity derivatives and certain items that are excluded for comparison to prior year periods.

Core metrics are determined based on the core financial measures.

At 10 a.m. (CST) today, the company will host a conference call with investors to discuss fourth quarter and full year results and the outlook for 2015. The conference call and slide presentation will be accessible live through DPS’s website athttp://www.drpeppersnapple.com and will be archived for replay for a period of 14 days.

In discussing financial results and guidance, the company may refer to certain non-GAAP measures. Reconciliations of any such non-GAAP measures to the most directly comparable financial measures in accordance with GAAP can be found on pages A-5 through A-10 accompanying this release and under “Financial Press Releases” on the company’s website at http://www.drpeppersnapple.com in the “Investors” section.

Dr Pepper Snapple Group (NYSE: DPS) is a leading producer of flavored beverages in North America and the Caribbean. Our success is fueled by more than 50 brands that are synonymous with refreshment, fun and flavor. We have 6 of the top 10 non-cola soft drinks, and 13 of our 14 leading brands are No. 1 or No. 2 in their flavor categories. In addition to our flagship Dr Pepper and Snapple brands, our portfolio includes 7UP, A&W, Canada Dry, Clamato, Crush, Hawaiian Punch, Mott’s, Mr & Mrs T mixers, Peñafiel, Rose’s, Schweppes, Squirt and Sunkist soda. To learn more about our iconic brands and Plano, Texas-based company, please visitwww.DrPepperSnapple.com. For our latest news and updates, follow us at www.Facebook.com/DrPepperSnapple orwww.Twitter.com/DrPepperSnapple.

The company reports its financial results in accordance with U.S. GAAP. However, management believes that certain non-GAAP measures that reflect the way management evaluates the business may provide investors with additional information regarding the company’s results, trends and ongoing performance on a comparable basis. Specifically, investors should consider the following with respect to our quarterly results:

The tables on the following pages provide these reconciliations.