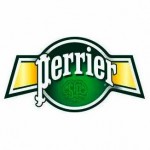 STAMFORD, Conn.–(BUSINESS WIRE)–Perrier® Sparkling Natural Mineral Water today introduces consumers to its bolder, quirkier side by transporting them to District Perrier, an extraordinary party destination that can be experienced digitally and in-store at leading retailers nationwide. Taking cues from illustrious nightlife districts around the world, District Perrier is part fantasy, part reality, featuring an original content hub on Tumblr as well as a creative retail marketing strategy.

Consumers can explore District Perrier on Tumblr at tumblr.districtperrier.com through the eyes of their hostess, the Perrier Madame. Featured content includes:

Perrier will utilize innovative mobile marketing apps such as Blippar, a mobile augmented reality and image recognition platform, and iBotta, which features District Perrier games to redeem rewards to drive in-store engagement. These apps will give shoppers the opportunity to experiment with the product and unlock savings.

Inspired by the brand’s longtime alignment with nightlife, culture and art, District Perrier is the latest in a series of innovative digital campaigns Perrier has created in recent years, including the acclaimed Perrier Secret Place in 2013 and Le Club Perrier in 2011.

For further details on this exciting campaign, follow along with #DistrictPerrier and keep up with Perrier online:

For over a century Perrier® has collaborated with some of the world’s most famous and distinguished artists, including Andy Warhol, Salvador Dali and Bernard Villemot. Perrier® was first bottled in the south of France in 1863. Perrier® is an all-natural, sugar-free and calorie-free sparkling natural mineral water. With its refreshingly unique bubbles and low mineral content, Perrier® is perfect on its own, with a slice of lemon, or mixed with juices or spirits. The iconic green bottle is recognized around the world as the number one sparkling natural mineral water.