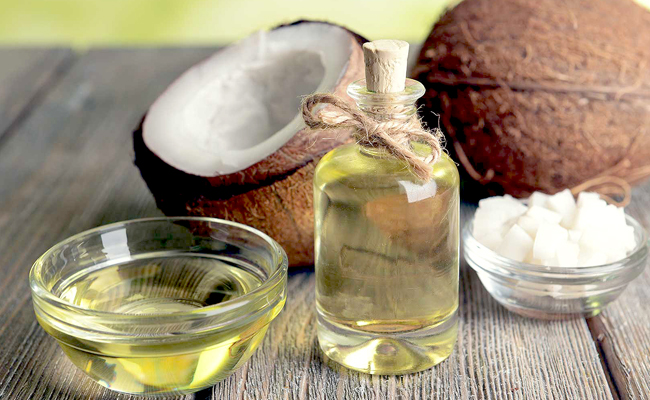 Long before butter coffee became the brain-boosting, fat-burning, drink of choice for diet bloggers and crossfitters, consumers were more likely to find medium-chain triglycerides (MCT) in their makeup than in their beverages.

Up until about 2012, MCT oil was primarily used as an excipient in cosmetic products and pharmaceuticals, where it acts as a preservative. It’s even a popular ingredient in boutique soaps, giving certain brands a unique and pleasant scent. But today, those in the food and beverage industry likely know it better as a rising new ingredient primarily added to coffee and tea for consumers seeking out “healthy fats” and energy kicks. Cloud computing pioneer-turned-entrepreneur Dave Asprey began blogging about the “rejuvenating” benefits of MCT oil-infused butter coffee in 2009, and since founding his company Bulletproof 360 in 2013, many more startups have arrived featuring their own flagship products built around MCT, including Picnik, Metabrew, Grassfed Coffee, Know Brainer, and Sunniva.

According to Philip Bromley, CEO of ingredient supplier and food tech company Virun, the price for MCT has jumped from under $3 per kilo to about $8 per kilo over the last five years.

“We’ve seen an explosion since then,” Bromley said, crediting Bulletproof and Laird Superfood with firing up the trend. “But what’s happening now is a lot of people don’t want to buy butter, MCT oil, and brew coffee to make it in their kitchen. Everyone’s looking for a convenient way of getting this concept, so companies like Picnik have come out with their RTD, and we’re starting to see a lot of other MCT products.”

Much of MCT oil’s newfound recognition in food and beverage is due to its purported health benefits. Studies have shown it to be a particularly effective component of the “healthy fat” trend. High in saturated fats, the body quickly converts MCT into energy, making it popular amongst proponents of the paleo and ketogenic diets, where it is used as an ingredient to produce leaner body mass and weight loss. However, nutritionists have warned that the high-fat content requires a proper diet of “clean eating” to achieve the desired effect.

MCT oil’s rising prominence in coffee products relates to how the fats in the oil slow the body’s absorption of caffeine, creating a more sustained, less volatile energy buzz. Speaking to BevNET, Romy Raad and Natalie Neumann, co-founders of the MCT-infused RTD coffee line Metabrew, said they were drawn to the butter coffee concept for health reasons: Raad was hypersensitive to caffeine’s effects and couldn’t consume it at all, while Neumann has had a slow heart rate since birth and had to drink up to eight large cups of coffee a day to keep her heart regular. They said this chemical reaction between MCT and caffeine has allowed each of them to regularly consume a bottle of their company’s nut butter-based coffee a day with no ill effects.

Many proponents, particularly Bulletproof, also promote its ability to help consumers focus. Marketing materials for FATwater, a function-forward water marketed by Bulletproof that contains its proprietary MCT oil blend called “Brain Octane,” claim the product “puts your brain on full blast without weighing you down.”

“Most MCT oils are blends of the cheaper and more abundant MCTs whereas Brain Octane is pure caprylic acid triglycerides, which are converted into brain boosting, fat burning ketone energy more efficiently than other MCTs,” said Karen Huh, Bulletproof’s vice president of product development and brand. “You get more brain-boosting ketone energy from Brain Octane, and we have made every effort to deliver the cleanest, most effective product possible by re-engineering every step of the process.” 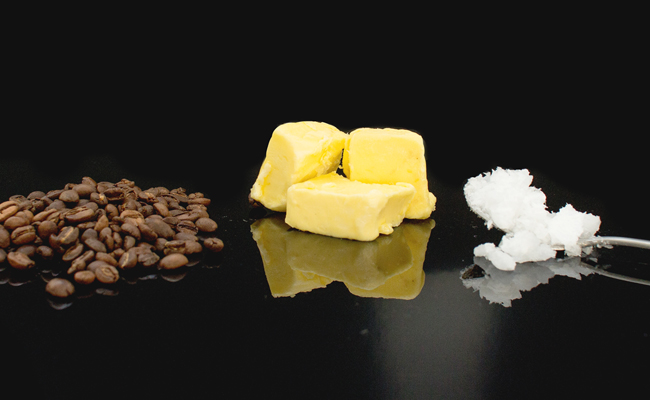 How Does It Get Made?

The MCTs used in food and beverage products are most commonly derived from two key sources: palm kernel oil and coconut oil.

According to Udaya Wanasundara, principal scientist in charge of lipids at POS Bio-Sciences, you can get roughly 10 g of MCT oil out of every 100 g of coconut oil. Palm kernel oil can produce up to 15 to 18 percent MCT oil. To extract the MCTs, the oils must go through a process known as “fractionation,” which includes distilling and isolating fatty acids.

There are four kinds of fatty acids that are considered MCTs; C6, C8, C10, and C12. But for dieters, C8 and C10 are the most sought after for energy; according to Wanasundara, they represent 95 percent of consumer MCT oil on the market today. Some companies have sought to refine the process further; Bulletproof, for example, advertises that its Brain Octane Oil brand is comprised entirely of C8.

According to Huh, Bulletproof has developed its own process for creating its unique oil.

“Brain Octane is cleaned using activated charcoal, and is triple distilled using only water, pressure and heat to ensure purity, potency and efficacy,” she said. “Because we don’t use harsh chemical solvents to refine Brain Octane, it is free from residual solvents of things like hexane.”

Since MCT’s boom as a functional food and beverage ingredient, things have been shaking up on the supply side. According to Bromley, one major shift has been the switch from palm to coconuts. About two years ago Virun made the leap due to a shortage of available palm trees in Malaysia and Indonesia, he said.

“To get the MCT oil from palm, you have to waste the entire tree, so it’s not very sustainable,” Bromley said. “However, coconuts you only need the fruit, so the tree stays in place and you only need to worry about growth and farming.”

At Bulletproof, the company prides itself on using 100% coconut sourced oil because of these environmental concerns.

But many MCT oils on the market are in fact blends of palm and coconut oil. According to Wanasundara, it is cheaper to use palm, even though many companies prefer coconut. This has led to speculation that some sellers may be selling blends advertised as being solely sourced from coconuts.

Wanasundara also said he feels MCT oil products that claim to be “natural” are misleading consumers, as the only way to produce MCT oil is through a man-made process.

“One thing about the production of MCT is that because you’re breaking it down to the molecular level, once you reassemble it into your primarily C8, C10 fatty acids, once it’s in that state it’s very difficult to tell if it comes from coconut or palm,” said Ben Kelly, business development manager at POS Bio-Sciences and co-founder of Algarithm. “We think, and some of the people we work with definitely think, there are a number of MCT products on the market that claim to be 100 percent coconut, but just based on the price you know for sure there’s no way.” 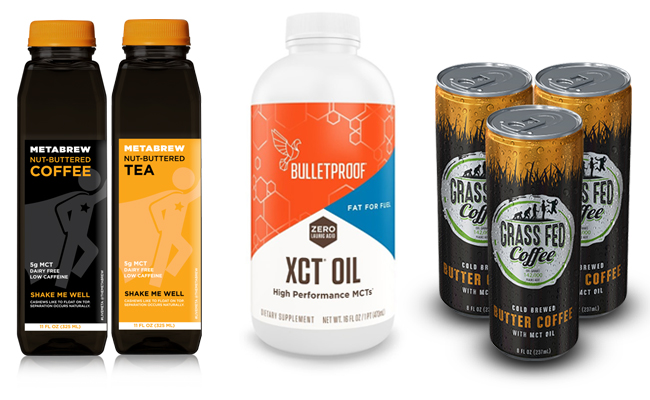 While some companies, such as Caveman Coffee, have taken to selling MCT oil as a separate product to be mixed with coffee, tea, or the consumer’s beverage of choice, others have seized on the trending ingredient for ready-to-drink products.

Each SKU in Metabrew’s line of dairy-free “nut-buttered” coffees and teas contains 5 g of MCT oil per 11 oz. bottle. According to Raad, the company sees MCT as a way of “reinventing the energy drink” using low caffeine and zero sugar. With a relatively low calorie count, the drinks are also brewed to fit more readily into consumers with ordinary diets, unlike other butter coffees that go heavy on calories and fat.

“We see ourselves as a functional beverage, a reiteration of energy drinks that offer all the benefits without the negative effects,” Neumann said.

Raad said since launching the company she has witnessed consumers becoming increasingly aware of MCT and its benefits. Thanks to diet bloggers and an increasing number of companies entering the category, what used to be a hard sell with wary shoppers has become easier with time.

Grass Fed Coffee founder John Ban told BevNET he also sees the consumer base for butter coffee and MCT oil widening. Set to launch with a canned butter coffee product this fall, Ban said he plans to target gyms and the natural channel. While athletes and crossfitters are a top demographic, other consumers interested in the product harken back to the trend’s roots with Dave Asprey and its popularity with biohackers, Ban said. Gamers have even begun adopting the beverage for its brain-boosting qualities.

“It’s a lifehack in my opinion,” Ban said “There are guys looking for that edge, a hack to the system.”