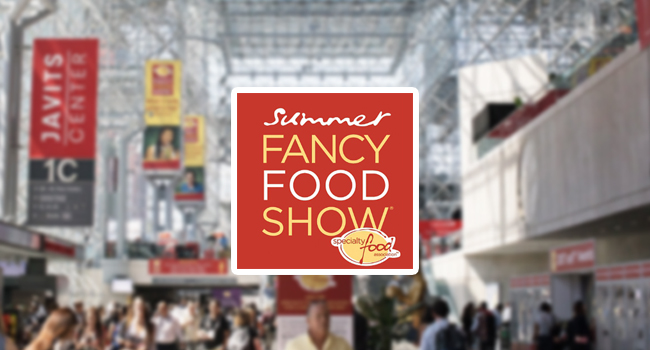 Between the sweltering summer heat outside and the three levels worth of exhibitors on the inside, the 2018 Summer Fancy Food Show had enough to help attendees work up a sweat. Held July 1-3 at the Javits Center in New York City, this year’s event featured new products and brands that reflected some of the larger trends influencing the non-alcoholic beverage space as a whole. After I walked the show floor and spoke with attendees and exhibitors alike, here’s my editor’s-eye view of three of the notable takeaways from this year’s Summer Fancy Food Show.

On Sunday afternoon, I was speaking with Califia CEO Greg Steltenpohl about the company’s recent fundraise and CFO hire, Sandeep Patel. He spoke about the importance of defining the overall plant-based space as a true alternative and replacement for the dairy category. Califia’s recent push into dairy-free yogurt drinks is a perfect example of how innovation in functionality and flavor are beginning to intersect across the plant-based beverage space and open up new ideas as to what is possible. Consumers are already looking to the category for progressive ideas, and brands are eagerly looking for more ways to deliver.

Walking the show floor, it was clear to see the role that the rising wave of young and innovative RTD cold brew coffee brands are playing in the growth of plant-based milks. It goes back to Greg’s point: anything dairy can be made with a plant-based alternative, and the options for pairing with coffee are wide open. Wandering Bear shared a new mocha flavor in its 12 oz. single-serve TetraPak line made with a splash of coconut milk, which began rolling out to retailers last month. Rise also had samples of its forthcoming nitro-infused canned lattes, two of which are made with oat milk — which thanks to Oatly has become a particular favorite for baristas at high-end cafes. In fact, few of the RTD coffee brands whom I spoke with said that they were not exploring in some fashion the potential for SKUs made with non-dairy milk, meaning we should expect plenty more to come.

Even within creamers and other coffee-centric blends, I got the sense of brands looking forward for the chance to stretch out. Milkadamia, for example, shared a new three-SKU line of creamers made with raw macadamias and coconut cream that, at least taken straight-up, tasted luxurious and indulgent, particularly the rich fudge flavor. Increased consumer interest in not just dairy-free products but also full-fat drinks has also opened the door for brands working with ingredients like coconuts. Colorado-based CoYo had samples of its dairy-free coconut milk kefir line, slated to launch around September in vanilla, natural and mango flavors, which were both high in fat and very tasty. 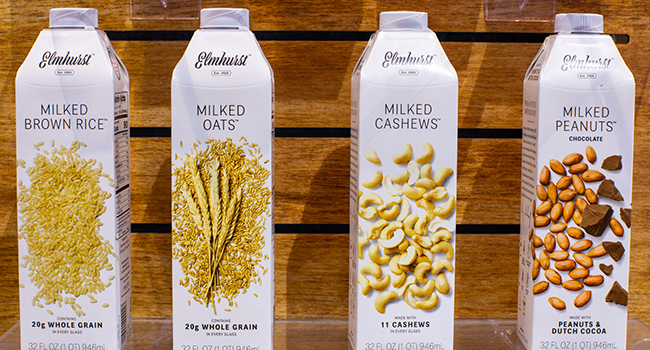 There’s no doubt that you can make a case for building a brand around mastery of a single ingredient, as many in the plant-based category have done successfully. But it was just as interesting to see others embrace the broader vision of plant-based drinks that Greg was talking about. Along with Califia, Elmhurst Dairy showed its own ambition to create an expansive platform around non-dairy products, one that is now up to 11 SKUs, with more on the way. At the booth, the company talked about its newest launch — unsweetened SKUs for its milked cashews and milked walnuts flavors — but fliers behind the table teased more innovations to come, including 32 oz. barista blends for its oat, almond and hazelnut milks and a line of plant-based protein drinks (20 g each) that should be rolling out sometime this fall.

Cocktail Mixers and Craft Soda Working to Stand Out

While innovations in the category may be more incremental than in other segments, many of the cocktail mixers and bitters brands exhibiting at the Fancy Food Show showed a desire to refine their offerings and differentiate themselves from a crowded field of products.

For a brand like Brooklyn Crafted, innovation could be something as simple as showcasing redesigned logo and package text that clearly separates it from its sister brand, Bruce Cost Ginger Beer. For others, it took the form of new packaging, such as Hella Cocktail Co. offering its Bloody Mary mix in 11.5 oz. cans or Cocktail Crate’s new Bourbon Bloody Mary mix, packaged in a fun 24 oz. glass jar that looks like pasta sauce. And for others, it took the form of new SKUs aimed at filling out obvious white spaces in the category: Crafted Cocktails, for example, shared new Mai Tai and Strawberry Daiquiri flavors for its mixer line, while Owl’s Brew had a Watermelon Margarita and a Strawberry Manhattan. 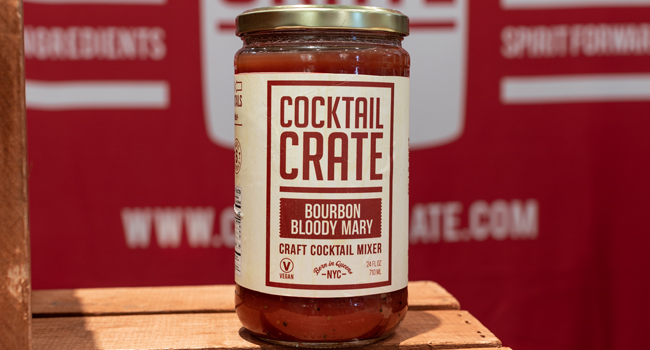 Looking beyond just mixers, some craft soda brands at the Fancy Food Show also showed a willingness to tweak and adapt their offerings to extend their appeal. As consumers have become more health conscious, the recent rise of spiked seltzers and hard kombucha drinks has reflected that trend. These products seek to offer consumers a low-alcohol alternative that fits in social drinking occasions. Craft soda makers are also recognizing this opportunity and positioning themselves to take advantage: DRY Soda debuted two new limited edition Winter Celebration SKUs, Cranberry and Blood Orange, packaged in elegant 750mL champagne-style bottles. Other non-alcoholic sparkling drinks, such as Mingle and Tost, are also using the bigger glass bottle format as a means of communicating a premium positioning aimed at adults. Meanwhile, Grown Up Soda refreshed the packaging on its core line to GuS, moving away from soda while highlighting a “less sugar” call out.

But regardless of what form it took, across the space there seems to be an impetus to consistently build and expand. As the category has tilted towards towards premium products that offer the reduced sugar, clean label ingredients, and complex flavors that consumers are increasingly looking for, it feels like mixer and soda brands have created a healthy competitive space for growth, at least for the near-term.

Functionality of the Future?

In recent shows, certain functional ingredients have had their moment to shine, whether probiotics, turmeric, ginger or protein. But at this year’s Fancy Food Show, there wasn’t a dominant theme in functional drinks, as brands showcased a variety of different ingredients and benefits in their products.

CBD has been one of the most hotly debated functional ingredients in beverage, particularly as more states have begun relaxing regulations around cannabis-based products. And while it hasn’t yet penetrated mainstream retail, the interest around the space has been growing. In a sign of its appeal, GT’s Kombucha shared samples of a new variety infused with 10 mg of CBD per serving. The flavor available on tap — a combination of pineapple, ginger, turmeric and lemon — is one of three SKUs from the Cannabliss line, which are currently rolling out in kegs and will eventually be added to the brand’s retail offerings. 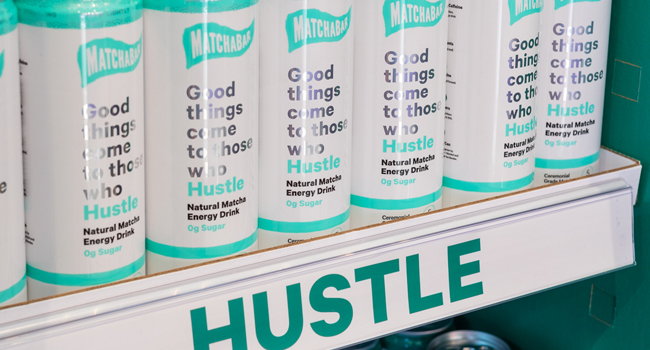 Matcha also seemed to be at the center of innovations for several tea brands at Fancy Foods. New York-based MatchaBar has made the ingredient the foundation of its brand platform, which recently extended into the natural energy drink category with the launch of Hustle in both sweetened and unsweetened varieties. At Fancy Food, the brand shared the newest addition to its 10 oz. core lineup, a lemonade matcha. Elsewhere, Harney & Sons featured a new white peach matcha SKU in its lineup of RTD cold teas. And, in addition to an organic version of its unsweetened iced tea, Japanese tea giant Ito En had a new cold-brewed version of its popular “oi ocha” matcha green tea.

That isn’t to say that other functional ingredients — particularly focused on gut-health — weren’t prevalent at the show; there were plenty. But this year it seemed more balance, perhaps an indication that brands are narrowing their focus.