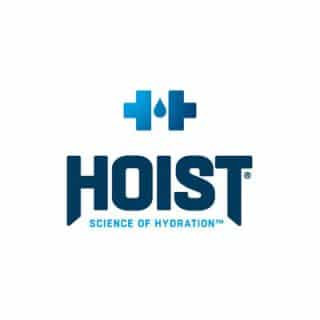 CINCINNATI– Hoist, a super hydration beverage company headquartered in Cincinnati, continues to expand its presence in the grocery segment with new launches in several major retailers, including Brookshire’s, Hornbacher’s and The Fresh Market, and upcoming test launches in Hy-Vee and Target.

Hoist recently hit the shelves of popular grocery chains Central Market, Cub, H-E-B, Kroger, Lunds & Byerlys, Mariano’s, Pick ‘n Save, and Woodman’s. Consumers can expect to find Hoist in several more grocery stores later this year and into 2020. While most brands use grocery as a launching pad into C-Stores, Hoist in fact did the opposite. Hoist has had a successful presence in C-Stores since 2017.

“We’re thrilled with the early successes we’ve seen within the grocery channel,” said Kelly Heekin, President of Hoist. “As we continue to expand into additional retailer segments, it’s delightful to see the overwhelmingly positive consumer response. We suspected early on that consumers were actively seeking innovation within the hydration and sports drink realm, which often left them resorting to the infant aisle to properly hydrate. Just as salt tablets’ time has passed, 40+ year old simple electrolyte formulations – along with more recent simple builds from the same basic scientific principles – just aren’t meeting the needs of today’s informed consumer.”

Hoist plans to make its first push west in 2020 with intent to bring aboard its DSD partners in Arizona, Nevada and Colorado. The beverage company will continue to build out its base by also adding DSD in Kentucky, Michigan, Indiana and Texas, among others.

“In most circumstances, brands need time to evolve and prove some level of stickiness while waiting for the right market timing,” said Kevin Klock, a member of Hoist’s Board of Directors. “Hoist has done this, and retailer excitement shows the time has come.”

As its grocery business expands, Hoist will also build upon its thriving military business by adding powder stick multi-packs to grocery shelves in 2020.

Founded in 2009, Hoist was developed to fill a void in the hydration marketplace. Hoist’s formula is perfectly isotonic, meaning the formula’s density matches that of the human bloodstream and thus has the ability to be absorbed directly into the bloodstream, hydrating the body immediately. Without any added colors, high fructose corn syrup, dyes, artificial sweeteners or preservatives, Hoist offers consumers a way to hydrate faster while consuming less calories and less volume. Hoist is currently available at 10,000 store locations across the country. For more information, visit drinkhoist.com. You can also find Hoist on Facebook, Twitter and Instagram.