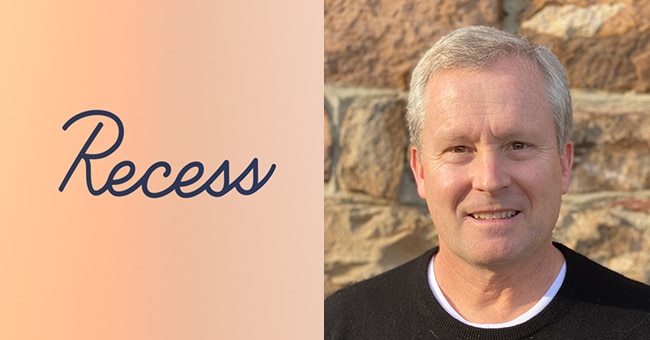 Having helped build Vitamin Water and more recently Essentia into category leaders, Mike Sharman is hoping to do the same for Recess, one of the emerging players in the hemp extract-infused beverage space, as its new chief sales officer.

Sharman joins New York-based Recess after nearly five years at Essentia, first as VP of sales from 2015-2018 and as SVP of sales from 2018 through this month. During that period, the company reached over $300 million in measured retail channel sales across 90,000 U.S. outlets, according to a press release. His previous career experience also includes a four-year stint at Glaceau as a division vice president, as well as roles at Cadbury, Zico and KIND, according to his LinkedIn page.

“As Recess looks to rapidly scale in 2020 through new market expansion and into new retail channels, Mike’s unparalleled track record in scaling emerging beverage brands will prove instrumental to our success,” said Witte in a press release.

Speaking with BevNET earlier today, Sharman, who is based in Philadelphia, said he was introduced to the brand in April during a trade event hosted by the brand’s New York distributor, Big Geyser. In Recess’s founder and CEO Benjamin Witte, Sharman said he saw parallels to his time working on Vitamin Water with Glaceau co-founders Mike Repole and J. Darius Bikoff, calling Witte “someone equally creative and innovative in this category.”

“(Ben) is not a ‘beverage guy,’ but he’s a marketing person and he has this vision and we are sticking to it,” he said. “I’m coming into this role and it’s new, there’s different thinking and different approaches. There are multiple roads you can take to get to your vision, and Ben is finding a different path. I’m here to build the network and hopefully accelerate that vision in more places.”

Sharman will remain based in Philadelphia, about 80 miles outside of Recess’s headquarters in New York City. Similar to his prior roles, his overarching focus will be helping turn Recess into a national brand through DSD, with a short term focus on states and regions that are already friendly to CBD and hemp products. The brand is currently sold in over 3,000 retailers in New York and Los Angeles.

“I loved building treehouses when I was a kid, but not necessarily playing in them,” he said. “I just love the building. I had so much fun at Essentia building the DSD network, calling on retailers and expanding through my team. I’d like to reproduce that here at Recess.”

Galbraith brings prior experience in the food and beverage industries: she previously served as a brand director for Pernod Ricard’s sparkling wine brand, Mumm Napa, and as a brand manager at Campari Group. Before joining Riff, she worked for international marketing agency IDEO as its global marketing director.

At Riff, Galbraith will be charged with generating awareness and driving consumer demand for Alter Ego, the brand’s line of sparkling cascara beverages that are positioned at retail as natural energy drinks in 12 oz. cans. Riff also produces a four-SKU line of cold brewed coffees in 10.5 oz. glass bottles.

“I couldn’t be more thrilled to join the team at Riff at such a significant moment for the organization; not only helping to build Alter Ego into a world-class energy brand but creating positive social, environmental and economic impact for the planet by upcycling as much coffee fruit as possible,” said Galbraith in a press release. “I am incredibly grateful to build a consumer-centered business, brand and organization from scratch alongside a team of inspiring and purpose-driven industry veterans.”

Riff co-founder and CEO Paul Evers added: “With the retail distribution of Alter Ego expanding at a rapid pace across the West, it was time for us to bring in a marketing heavy hitter to tell our story across the country and around the world. As an all-natural energy drink cold brewed from upcycled coffee fruit, Alter Ego presents new exciting challenges with consumer education and awareness and we’re ecstatic to have Julie’s level of expertise and experience leading the way.”

Nino brings beverage industry experience to the role, having been a West Coast-based sales manager for Glaceau in the mid-00s. His more recent jobs, however, have been with food companies: Nino spent five years as a director of sales at Popchips before moving to jerky company Chef’s Cut in 2015, where he worked until joining ROAR this month.

“As we have worked to build and structure the perfect team from top to bottom over the last 12 months, we felt the one key missing component was a great sales leader,” said ROAR founder and CEO Roly Nesi in a press release. “After Mark’s consistent success in leading high-performing sales teams for top food and beverage brands, we are thrilled to announce him as a new addition to our team as we position ourselves to have a record-breaking 2020.”