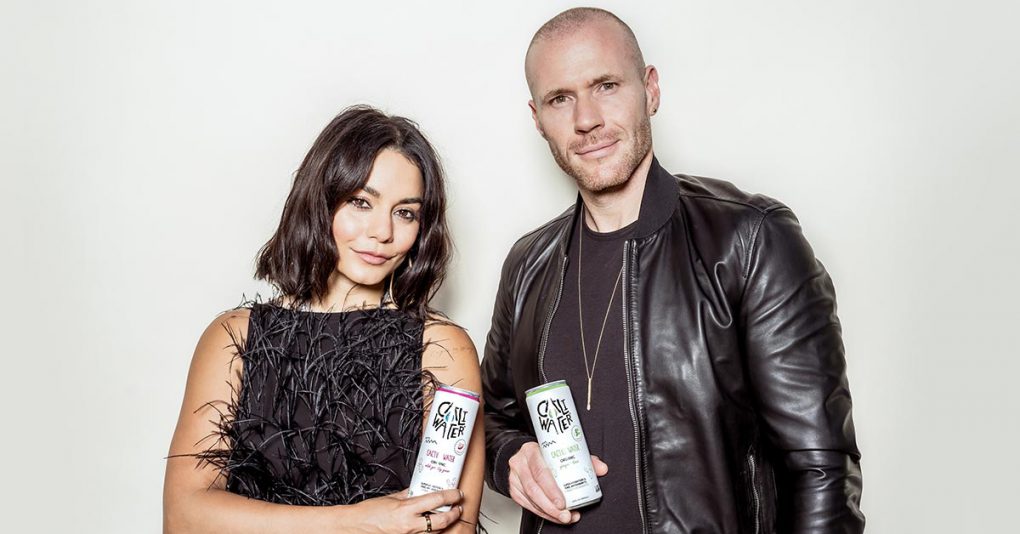 Trevena was an early investor and small equity owner in Caliwater, which debuted in 2014, before later buying the brand and trademark from co-founder Matt McKee. Where the early iteration of Caliwater was packaged in Tetra Pak cartons, the relaunch reflects a new vision for the brand — including new formulations and flavors, a move to 12 oz. slim cans and a focus on functionality and versatile use occasions.

Trevena and Hudgens have assumed co-founder roles at the company, both overseeing the development of the new branding and products. In a call this week with BevNET, the duo said the idea to build the cactus water brand began over an order of prickly pear margaritas during a trip to Mexico. Hudgens, best known for her roles in Bad Boys for Life and High School Musical, “became obsessed” with the flavor and, knowing Trevena’s involvement with Caliwater, began discussions to join the company.

“Anyone who knows me knows I am terrible at drinking water,” Hudgens said. “I am always dehydrated, it is my biggest downfall. And Caliwater — literally I call it my candy water because it’s so delicious.”

Hudgens, a California native, also said she had a strong personal connection to the brand; the name Caliwater made it “too perfect of a fit” and inspired her to make her first leap into entrepreneurship by taking on the duties of a co-founder.

“It is a product that I am obsessed with and stand by and can really get behind and want to share with the world,” she added. 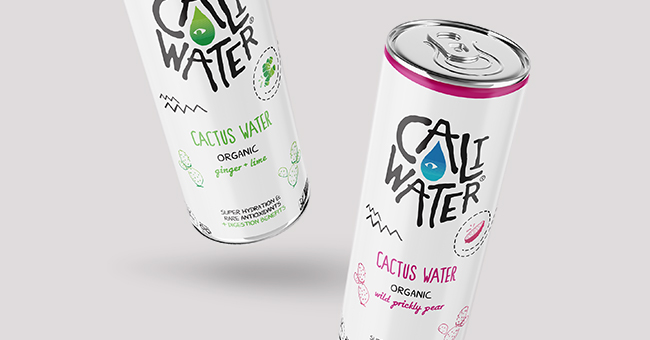 According to Trevena, the company has hired a head of operations and built out a sales and distribution team to manage the day-to-day of the company. Once established, Trevena said he hopes to hire a CEO to oversee the brand.

Though the category has long been touted for its functionality, cactus and prickly pear waters — a segment which includes brands like True Nopal and Pricklee — remain a small piece of the plant-based hydration category. However, with Hudgens involved, Caliwater hopes to educate consumers and rapidly grow awareness for the brand and category by emphasizing both health and wellness and the drink’s use as a mixer.

Trevena noted that cactus, as a flavor and ingredient, has also benefited from last month’s launch of hard seltzer brand Cacti, developed by rapper Travis Scott and themed around his record label Cactus Jack. Cacti sold out online in one day and was promoted with TV ads which aired during the Grammy Awards.

Hudgens, whose Instagram account has over 40.5 million followers, will also be actively involved in promoting the brand. A video promoting Caliwater, posted to her account yesterday, has already been viewed over 460,000 times.

“The most exciting thing for me about this is it’s something that I really love and I actually really want to share with the world,” she said. That’s what’s going to allow it to be organic for me as I share it across my media platforms, because it is something that I am genuinely drinking every day.”

Caliwater will host a “Wellness Weekend” launch event on April 30 and May 1 in Joshua Tree National Park to promote the brand, Trevena added.

Caliwater is available online direct-to-consumer and will also launch this spring in the hospitality channel at California hotels and restaurants, including the Cara Hotel, Ysabel, Laurel Hardware and Craig’s. Trevena noted the drinks will be sold both individually and used as cocktail ingredients. The company is also currently working to establish retail partnerships to roll out into stores in the near future.

Although the on-premise channel has suffered significant sales losses amid the pandemic, Trevena said he believes the launch is timed well for reopenings as consumers begin returning to indoor and outdoor dining. As well, the functional benefits of cactus water — which include anti-inflammatory properties and lowering blood sugar — make it on trend with heightened awareness around health and wellness.

Caliwater has also pledged to donate 5 cents from every can sold, up to $1 million, to No Kid Hungry, a non-profit aimed at ending childhood hunger in the U.S.

“I think the more people will become aware of the health benefits of cactus,” Trevena said. “In South America and places like that, a lot of my Brazilian friends have been using it for years…. It’s all around the world and it’s something that’s been used forever. So I’m looking at the excitement of making it more mainstream.”