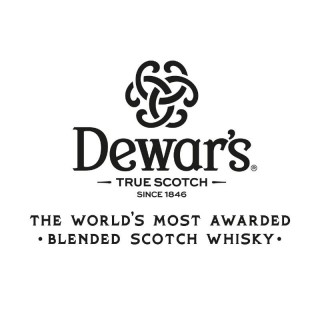 CORAL GABLES, Fla., Nov. 25, 2014 /PRNewswire/ — DEWAR’S®, the world’s most awarded Blended Scotch whisky, is proud to announce an extension of the DEWAR’S ‘Live True’ campaign with the launch of “DEWAR’S Profiles,” a digital version of the brand’s successful print campaign from years ago. This series of short video interviews celebrates individuals and notable personalities who have the courage to drive unexpected pursuits that positively impact the lives of others and the world around them. DEWAR’S ‘Live True’ Profiles is the latest iteration of the brand’s global ‘Live True’ advertising campaign, which features extraordinary people who follow their passion, who live according to their own convictions and who value authenticity above everything – just like the brand’s founder John Dewar himself.

The individuals highlighted in the series come from all walks of life and include Mark Bustos, a hairstylist who provides haircuts to the homeless; Hilary Knight, professional women’s hockey player and two-time silver medallist Olympian; Zio Zeigler, a muralist promoting free art for all; Sal Masekela, television personality and founder of the charitable organization Stoked Mentoring; and Jon Rose, professional surfer and founder of Waves For Water, which provides filters that give everyone the opportunity to have clean water. Over a glass of DEWAR’S, viewers can delve deeper into the stories and lives of these remarkable individuals.

“DEWAR’S is proud of our heritage, our history, and our commitment to authenticity,” said DEWAR’S VP and Brand Managing Director Dan Pilas.  “We have a truly rich story and want to celebrate the inspirational stories of remarkable individuals who ‘Live True’ in their daily lives.”

In addition to the digital series, the ‘Live True’ campaign is backed by advertising across broadcast, print and social media channels.DEWAR’S ‘Live True Profiles’ can be found at DewarsProfiles.com.

Mark Bustos – Entering the hair industry at the age of 14 years old, Mark Bustos has evolved into one of the industries most well rounded and sought after hairstylists. At the young age of 30, Mark works with some of the biggest names in the fashion industry such as Phillip Lim, Mark Badgley, and James Mischka. In his spare time, Mark can be found making his way around New York City offering haircuts and styling for the homeless, allowing them the opportunity to feel clean and equal to those around them. Whether their new appearance affords them the comfort to apply for a job or they simply have a moment of joy, Mark’s efforts do not go unnoticed.

Hilary Knight – A two-time silver medallist in women’s hockey, this Olympian and professional hockey player has achieved almost every accolade the sport has to offer. She found initial success as the star of the University of Wisconsin hockey team, going to the championship finals during all four years of college. Most recently, Hilary had the honor to practice with the Dallas Stars, the first female hockey player to practice with a professional team. Today, Hilary is partnering with a variety of national organizations to promote the importance of a healthy and active lifestyle. She is working with the National Association for Girls and Women in Sports, Kids Eat Right Campaign, National Childhood Obesity Awareness Month and Let’s Move in School.

Sal Masekela – A  beloved commentator, journalist, musician and producer and TV host, Sal has certainly made a name for himself in the media and sports industries. He gained awareness for his cultural reporting in South Africa during the 2010 FIFA World Cup, and in February 2014, Sal made his Olympic broadcasting debut from the Winter Olympics in Sochi. In addition to his hosting, producing, acting, writing and voice over work, Sal lends his name and time to the charity he cofounded, Stoked Mentoring, a nonprofit action sports organization for at-risk youth whose mission is “developing successful teens with opportunity, knowledge, experience, and determination through the use of action sports, mentoring and coaching.” Sal also serves on the board of the Tony Hawk Foundation™.

Jon Rose – After 13 years of professional surfing, Jon decided to look for his next move amidst his worldwide travels. After extensive research and during his time abroad, Jon discovered that the technology to create potable water through a simple filtration process, not only existed, but was cost effective and readily available. In 2009, Jon left for Bali on what was to be his first clean water mission with 10 new filters he bought with his own money. During a quick surf stop on the way, Jon was in the city of Padang (Indonesia), when the earthquake that completely devastated the area hit. Surviving the earthquake without a scratch, Jon traveled inland to distribute the filters where they were most needed. He did not know it yet, but this was the birth of Waves for Water (W4W). Waves For Water is a non-profit organization that primarily provides clean water solutions to people who need them, whether for communities that do not have access to clean water, or to provide assistance in the face of disaster. Jon’s objective is to identify the problem and quickly connect an existing user-friendly solution – such as portable water filters or rainwater harvesting systems.

Zio Zeigler –An American artist, Zio is most well known for his paintings and large scale outdoor murals. His early work was inspired by the 1990 graffiti movement in the Bay Area and Europe as well as skateboard graphics and naive art. He is known for being an artist who bridges the accessibility of public art with a serious in studio practice. In conjunction with hand printing and creating garments and paintings, Ziegler began to peripherally teach second and third grade art classes at neighboring schools in order to create a symbiosis with the community. In 2011, he co-founded Weekend Swap, an outdoor gear sharing platform. He has painted murals for large corporations in dowtown Las Vegas, Brooklynn New York and many other places as well. While collaborating, he insists that products are not his focus, “just tangents in order to make his art more accessible to the public”, while murals and canvases are his true focus, and will remain so for the rest of his life.

About DEWAR’S®
Founded in 1846 by John Dewar, DEWAR’S has grown from a small wine and spirits merchant shop in Scotland, to one of the largest Scotch whisky brands in the world.  Best known for its iconic DEWAR’S White Label, the top selling blended Scotch whisky in the USA, it has expanded its family to create a portfolio of premium and super premium whiskies including DEWAR’S 12 Year Old, DEWAR’S 18 Year Old and the exclusive DEWAR’S Signature. These whiskies are crafted using the DEWAR’S double barrel ageing process. Pioneered by DEWAR’S in 1899, it involves returning the hand-crafted blend to vintage oak casks for further maturation. The result is a smoother taste with a long, lingering finish; a taste that wins medals and applause, making DEWAR’S the world’s most awarded Scotch. The DEWAR’S brand is part of the portfolio of Bacardi Limited, headquartered in Hamilton, Bermuda. Bacardi Limited refers to the Bacardi group of companies, including Bacardi International Limited.