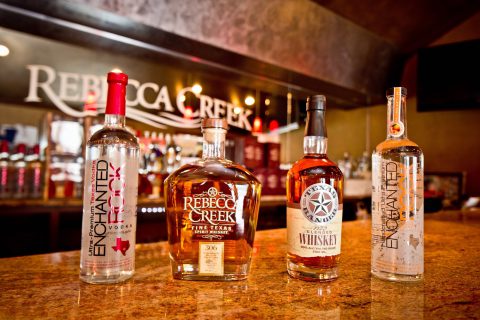 SAN ANTONIO, (Oct. 16, 2017) (PRNewswire) — Texas-based Rebecca Creek Distillery, one of the largest craft distilleries in North America, has put its award-winning spirits on shelves throughout the state of Georgia for the first time.

Founded in 2009, Rebecca Creek Distillery was one of the first legal distilleries in Texas since Prohibition. Its spirits are currently on shelves in seven states, including Texas, Kansas, Colorado, Louisiana, Oklahoma, New Mexico, and now Georgia. Its case sales have grown exponentially year-over-year since inception, with more than 100,000 annual cases expected to be sold in 2018.

Founded in 2009 by Steve Ison, Rebecca Creek Distillery was one of the first legal distilleries in South Texas since Prohibition. It has since grown to become one of the largest craft distilleries in North America, with more than 100,000 cases expected to be sold annually by 2018. Its product lineup includes Rebecca Creek Whiskey, Texas Ranger Whiskey, Enchanted Rock Vodka, and Enchanted Rock Peach Vodka. The Distillery offers free tours on Thursdays, Fridays, Saturdays and Sundays, and its tasting room and gift shop are open-to-the-public for group tastings and private events for up to 500 people. For more information on Rebecca Creek Distillery, call (830) 714-4581 or visit us: