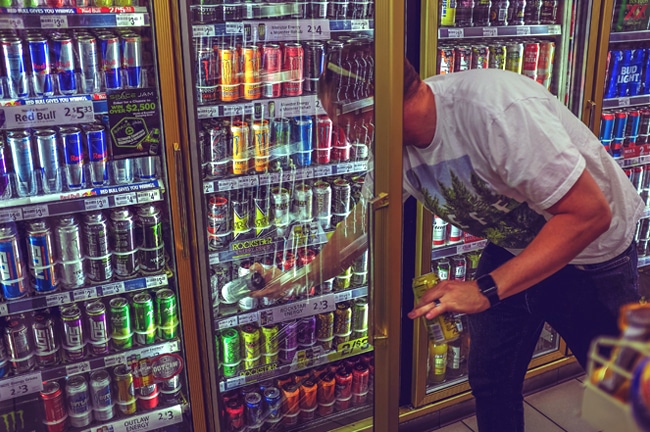 For over a decade, 5-hour Energy has maintained its momentum as the market leader in the $1 billion energy shot category, currently holding 89% market share according to research firm IRI. While many brands’ attempts to take on the energy shot giant have spiked and crashed, “clean” energy shots have emerged in recent years, offering a better-for-you, sustainable boost that’s bringing new consumers into the category.

“You can’t talk about energy shots without talking about [5-hour Energy],” said Ethan Hirshberg, founder and CEO of organic shot brand Ethan’s, which launched in 2017 with apple cider vinegar shots before rolling out energy shots last summer. “For us, it’s about looking at and accessing the market they’re not.”

The aim of Ethan’s energy shot launch was “to make a better-for-you version of a product and category that’s largely just been generic and ubiquitous,” said Hirshberg. Ethan’s produces a shot which offers sustained energy through caffeine from green tea and guayusa along with lower amounts of B vitamins than other energy shots to avoid crashes. Other clean energy shots have paired green tea-sourced caffeine with L-theanine and nootropics to offer increased focus.

Better-for-you offerings appeal to demographics often neglected in the energy shots space, the marketing for which has traditionally been “very masculine,” said Vincent Bradley, co-founder and CEO of clean energy shot brand Proper Wild, which launched its shots in November with branding aimed at being “gender neutral.” Hirshberg also noted that energy shot packaging, often featuring intense colors and lightning bolt imagery, can be “intimidating” for consumers. Neutral packaging, along with clean ingredients and label transparency, has contributed to the entry of a larger female audience into the category, with Ethan’s and Proper Wild’s consumer bases made up of 75% and 50% women, respectively.

“We don’t necessarily think we have to completely win the energy shot market to be successful because there is an opportunity to bring people in who haven’t tried one before,” Bradley said.

Morning Recovery shot maker More Labs has also seen a new energy shot audience develop in the relatively untapped market of esports, when the brand launched its Liquid Focus energy shot offering early this year. The shot was produced after customers asked for “a safe alternative to prescription drugs like amphetamine” and the brand searched for ways to “mimic the positive effects of such drugs without the drawbacks,” said co-founder and CEO Sisun Lee. To double down on this new audience, More Labs announced a partnership with multinational esports organization Gen.G in April, where the two will collaborate on content across Gen.G’s social media channels to promote Liquid Focus.

For Ethan’s, the energy shots category’s mainstream appeal (compared to its more “niche” ACV shot offering) offers the brand an opportunity to move into conventional retail, after first launching the line in Whole Foods last year with little energy shot competition beyond Whole Foods’ 365 branded shot. Last month, Ethan’s Pineapple Aloe energy shot SKU launched in 400 Walmart locations. While Ethan’s was able to secure some front end placement at Whole Foods, it is largely merchandised in the vitamins and supplements set or with other energy shots in conventional retail, such as 5-hour and Bang. However, as Walmart emerges as many consumers’ go-to retailer for organic and better-for-you options, Hirshberg believes that its customers who “don’t want Bang or 5-hour are going to pick ours up.”

For Proper Wild, e-commerce provides the brand an opportunity to build a national customer base online, avoiding direct on-shelf competition with other brands and establishing a 40% repurchase rate and a growing number of monthly subscribers. Bradley, a former tech entrepreneur, said he “wouldn’t launch a beverage company in 2020 if it wasn’t digital first.”

“There have been dozens of better energy shots that have tried to take on 5-hour Energy in the last 10 years,” said Bradley. “There are currently better options out there that will probably fail. In my opinion, it’s because they’re trying to go head to head with 5-hour Energy in their arena: traditional retail.”

Proper Wild will begin rolling into retail stores this month, and Bradley said he feels more confident doing so knowing that a consumer base has been established nationwide and many customers won’t be seeing the product for the first time when they spot it on shelves.

“We really understand customer acquisition online and that’s actually why we’re going to be the guys to take down the king of the castle,” said Bradley.

More Labs is taking a similar e-commerce approach, launching Liquid Focus online before it follows in the footsteps of Morning Recovery at convenience stores and drug retailers. In addition to its own website, Liquid Focus is also available in the Health and Wellness section of clothing retailer Urban Outfitters’ online store. Lee said More Labs aims to create “commonality” among its products, creating functional shots with similar packaging, which is “intended to make it easier to get them all into the same retail channels.”

After launching Liquid Focus earlier this year, More Labs released sleep solution shot Dream Well, and a Lifehack Pack including all three of its shot products and also sells two functional hydration mixes. According to Lee, the goal for More Labs is to become a lifestyle brand focused on productivity, and when considering future launches, the brand will be following a “fast, iterative process of gathering feedback to determine what is the highest impact work we could be doing to serve our community the best,” said Lee.

Both Hirshberg and Bradley have their sights set solely on shots for the near future. While Hirshberg said that he’s open to expanding into additional functionalities, he’s “passionate about the format” of shots.

“It’s convenient, it’s portable and it’s concentrated,” said Hirshberg. “It allows us to do what we really set out to do which is to create a quick and easy but highly functional dose of X, Y, Z.”

While Proper Wild plans to expand its offerings with additional flavors, Bradley is going all in on energy and in the immediate future doesn’t see the brand expanding into different functions.

“We’re going to really stay focused on energy,” said Bradley. “And I think that’s something that 5-hour has done really well: know who they are and keep it simple.”