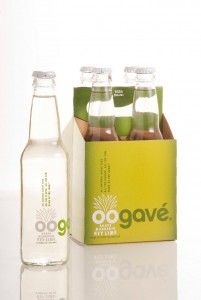 “We’re ecstatic that Oogavé is now available in Ralphs throughout Southern California,” said Stephen, aka, “Esteban,” Anson, founder and CEO of the company. “Oogave is a ‘better-for-you’ option, allowing folks to enjoy a tasty, refreshing beverage without the junk. Not only are we about integrity, but Oogavé is only made with simple, natural and organic ingredients.”

What began as Esteban’s journey to find a healthy soda for his natural foods restaurant in Denver, Colo., led to the formation of one of the most innovative beverage companies in the United States.  Frustrated with the lack of natural soda options on the market, Esteban began concocting his own creations, sweetened with agave nectar, an all-natural sweetener extracted from the agave plant, and serving them in his restaurant. With positive customer reviews and high demand for his sodas, Esteban began bottling Oogavé to share with the masses. Today, Oogavé is distributed in over 36 states across the country, and the company continues to demonstrate that great tasting sodas don’t have to be made with chemicals and artificial ingredients.

As Oogavé is made with organic agave nectar, all of its sodas offer a low-glycemic index, and are absorbed slowly by the body. Oogavé doesn’t have the same ‘sugar high and crash’ effects as other conventional sodas, and all products are organic, vegan, gluten free and kosher.

“Oogavé may be a great tasting beverage that can be enjoyed by everyone, but we’re about more than just soda,” said Gannon Merrell, Chief Finance Officer. “As a company Oogavé strives to conduct business in a socially responsible way, make as little environmental impact as possible, and support our surrounding communities.

As a company, Oogavé “walks their talk,” and is dedicated to supporting organizations that encompass a shared vision of health and wellbeing. Some of the organizations Oogavé supports include the Boys and Girls Club of America, Colorado schools and other organizations. As Stephen puts it, “Oogavé is here to show that natural products and sound business practices can create positive change in the world, not only for human health, but for the environment and the societies in which we live.

Based in Denver, Colo., Oogavé produces a line of refreshingly delicious and healthy sodas sweetened only with agave nectar. All Oogavé sodas are made with natural and organic ingredients, without artificial additives or high-fructose corn syrup, offering a fun, tasty beverage for health conscious individuals and those with glycemic sensitivities. Available in eight flavors, Oogavé sodas are a refreshing complement to any meal, or enjoyed on their own, and are certified organic, kosher, gluten free and vegan. The brand strongly supports sustainable agave sourcing and business practices, and strives to promote good health, environmental integrity and most importantly, a delicious-tasting life! Oogavé sodas are available in major grocery and natural retailers, including Ralphs, in over 36 states. For more information, visit www.oogave.com.