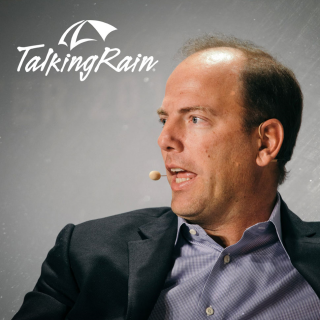 In a highly unexpected move, Kevin Klock has departed as president and CEO of Talking Rain, the maker of Sparkling Ice. Klock, who had been with the company since 2006 and took the reins in 2010, shepherded the exceptional growth of Sparkling Ice, a brand of flavored, zero-calorie carbonated drinks. Under Klock’s leadership, Sparkling Ice evolved from a regional player to a national juggernaut with approximately $600 million in annual sales.

Details are scarce on the timing and reason behind Klock’s departure, which comes amid a massive marketing push for Sparkling Ice. The company recently hired a new Chief Marketing Officer and announced a $37 million media campaign, although it has faced declining growth and media attention has shifted to alternate products like La Croix and Topo Chico of late.

In its statement, Talking Rain said that “Senior leadership is working closely together with Smith to ensure a seamless transition in the continued execution of strategies in place, and to guarantee that customers and distributors will be serviced at the highest level. Current plans, partners, and forward momentum will remain as Talking Rain continues to position the company for a successful future as part of the ever-changing beverage landscape.”

Attempts to reach Klock were unsuccessful as of press time.

Smith joined Talking Rain as its CFO in early 2014, and has been responsible for finance, accounting, information technology, supply chain and strategic planning.

In an emailed statement to BevNET, Smith said “As part of the leadership team that has built a strong foundation for future growth, which has included expanding our team, introducing new products and extensions, establishing the only national independent distribution network, and improving our operations to reduce overhead, together with our shareholders we are confident in our plans to continue our success and growth as we move the business forward.”