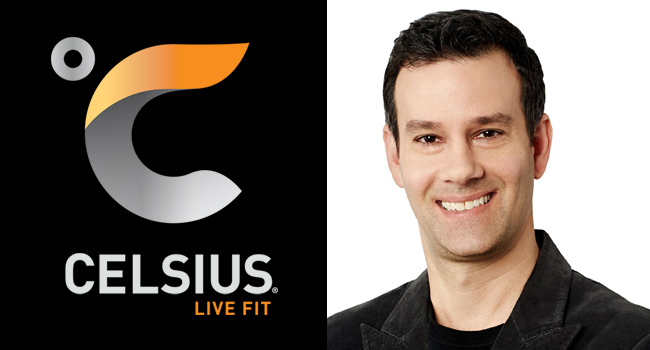 CELSIUS announced today it has hired beverage marketing veteran Matt Kahn to serve as its new executive vice president of marketing. Kahn, who began work on Tuesday, arrives at the company following the departure of its EVP of sales and marketing Vanessa Walker, who announced her exit from the energy drink maker earlier this week.

Kahn brings to the role more than 20 years of marketing experience, including overseeing Sprite, Glaceau Vitaminwater, Smartwater, and POWERADE at The Coca-Cola Company. He has also held positions at Heineken, Restorsea, and, most recently, as the VP of marketing at Save-A-Lot. As VP of brand marketing for POWERADE, Kahn helped launch zero-calorie line POWERADE ZERO and also oversaw a rebrand that increased functionality.

Speaking with BevNET today, Kahn said he was attracted to CELSIUS by its strong product portfolio, innovation pipeline, and positioning as a wellness product. He also noted the company’s potential to disrupt the energy drink category and take market share away from sugary beverage brands that dominate the space.

“When I got to meet [CEO] John Fieldly and his leadership team I thought there was some really strong talent there and the cultural fit was really good,” Kahn told BevNET about his decision to join CELSIUS. “I was familiar with the brand and thought it was at the bleeding edge of both healthy energy and true clinical functionality. The fact that the brand has strong, clinically proven claims was appealing to me and I think it can lead the way in this health and wellness renaissance that has been going on for quite some time.”

Coming into his new position, Kahn said he is currently deep in research on CELSIUS’ history and analyzing its consumer demographics. He complimented a rebrand the company debuted in January 2017, which introduced the “Live Fit” motto and began what he said was the transition from a specialty fitness beverage to a broader health and wellness lifestyle brand. He also noted there is more work to do to grow the brand’s reach and take CELSIUS mainstream.

Kahn added that he hopes to implement new trade marketing programs to bring in new consumers and improve traction with retailers. He said he is spending the next few weeks developing a marketing plan for 2019, which he will present to the board of directors before the end of this year.

“The brand has so much runway ahead of it, we have such low household penetration and really low distribution even though we’ve made tremendous strides,” Kahn said. “But we’re a global brand. In Sweden, for instance, where the brand is decently developed, my understanding is we sold 20 million cans last year to a country with a population of 10 million. So can you imagine what we can do in North America where the brand is still underdeveloped?”

Kahn said that with the launch of new lines like CELSIUS Heat and CELSIUS Naturals, the brand will continue to grow in multiple categories, challenging energy brands like Rockstar and Red Bull, but also better-for-you brands like Bai and Vitaminwater.

“This brand was built in the vitamin specialty shops and pharmacies and gyms, and we’re still extremely strong in those channels but we’re only just becoming now a more mainstream healthy energy brand,” he said. “We’ve got real, clinically proven functionality that we can make some very strong, compelling claims around and I think that really positions us for massive success.”