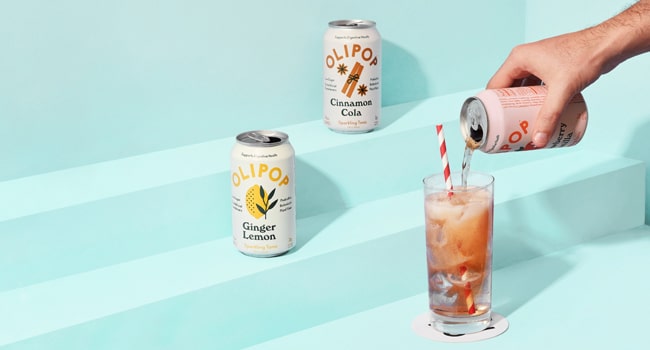 Prebiotic sparkling tonic maker Olipop is increasing its distribution along the West Coast after its launch last October in 40 independent Northern California accounts stores. Now in about 300 points of distribution, the company announced last week it has partnered with distributors UNFI, KeHE, and LA Distributing Co. to broaden the brand’s footprint in the Southern California and Pacific Northwest regions.

“Critical Mass has been a great partner for the SoCal market,” Lester said. “[The region is] interesting because it contains so many different retailers from different classes of trade but it’s also hard to cover not just from a class of trade perspective but also from a geographical perspective. Critical Mass have given us the plug and play solutions to that market and sold us into it quickly.”

Lester said the company is focused on promoting the brand through social media and events. Next month, Olipop will open a two week pop-up in Grand Central Market in Los Angeles.

The company recently closed a convertible note round to support growth. The round saw first time investment from Monogram Capital, Rocana and Presence Marketing CEO Bill Weiland, as well as follow-up investments from Boulder Food Group and Collaborative Fund. The round will fund the growth of Olipop’s internal sales force, including the recent hires of Dominic Alvarado as district sales manager and former Vitaminwater sales manager Jeff Palega as regional sales manager.

Presence Marketing will also act as a broker for Olipop, Lester said.

“Sales is key for us,” he said. “As we open up new geographies, we want to be pushing the product in trade as well. But one of the biggest issues for us over the last three months has been keeping it on the shelf. So we’re looking to scale up production and make sure we keep that tight and consistent.” 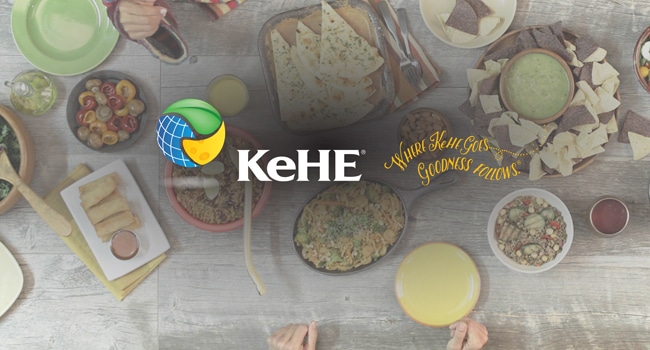 KeHE Distributors announced this week it will serve as the primary distribution partner of the Independent Natural Food Retailers Association (INFRA), a food cooperative that services 385 stores in 40 states and the District of Columbia.

According to a press release, the partnership builds on previous regional agreements between KeHE and INFRA in the Midwest, Northeast, and Southwest regions.

“INFRA and KeHE bring out the best in each other,” said Brandon Barnholt, president and CEO of KeHE, in the release. “Our cultures are similar, and we share a passion for healthy food and making a positive impact on the world. We are thrilled to expand our partnership with INFRA, and to serve their members across the country.”

Carton-packaged water brand JUST Water has partnered with Clearwater Marine Aquarium in Clearwater, Fla. to serve as the company’s exclusive water partner. The agreement comes as the aquarium increases its conservation efforts by working toward the elimination of single-use plastic water bottles.

According to a press release, the partnership is predicted to reduce the amount of plastic waste at the aquarium by more than 100,000 bottles in the first year.

“JUST is committed to producing products that are better for the planet and its inhabitants,” said JUST CEO Ira Laufer in the release. “We’re proud to be partnering with Clearwater Marine Aquarium, a true progressive leader in the marine conservation space. Together we will educate and inspire guests with actions we can take to protect our environment for the future.”

Elev8 Brands, a Florida-based holding company developing hemp-infused coffees and iced teas, as well as CBD topicals and tinctures, has partnered with New Mexico distributor Outwest505, the company announced in a press release.

“We’re thrilled to be adding Outwest505 to the growing distribution network for our CBD-infused ready-to-drink iced teas and iced coffees,” said Ryan Medico, CEO of Elev8, in a press release. “Elev8 Hemp is experiencing incredible growth right now as our sales team continues to pursue every distribution and wholesale lead we can get our hands on…. We are preparing pallets to ship to New Mexico shortly and anticipate a quick sell through.”