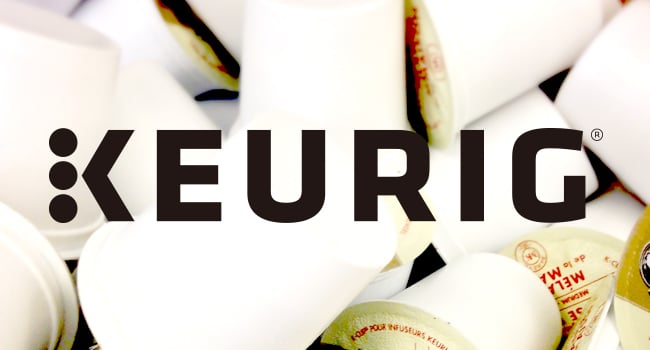 According to the ruling, Keurig’s markets and sells some of its coffee pods, which are made with Polypropylene plastic, as “recyclable.” While this material is accepted for recycling in about 61% of U.S. communities, municipal recycling facilities (MRFs) aren’t able to separate and capture small items like the pods from the waste stream.

“[C]ommon sense would not so clearly lead a person to believe that a package labeled ‘recyclable’ is not recyclable anywhere,” Judge Haywood S. Gilliam said.

The plaintiff, Kathleen Smith, claimed in the suit she wouldn’t have purchased nor paid the amount she did for the pods had she known that they were not recyclable. Furthermore, the lawsuit claims Keurig’s instructions for consumers to not remove paper filters in the pods, along with the possibly difficult process of removing the pods’ foil lids, can cause contamination and further hinder the recycling process. Among other charges, Smith is claiming breach of express warranty and violation of California Consumers Legal Remedies Act and California’s Unfair Competition Law.

In its defense, the coffee company asserted that the pods’ advertising directs consumers to “check locally” to see if the product is recyclable in their area. Keurig contended that the plaintiff either ignored this disclaimer or bought the product to her local MRF knowing it would be rejected. However, the judge rejected this argument as the complaint claims the pods aren’t recyclable at any MRFs, making the suggestion to “check locally” misleading.

Keurig also argued that Smith cannot allege economic injury as its recyclable and nonrecyclable pods are the same price. However, the court found that Smith’s claim was sufficient, as her choices were not limited to the two types of Keurig pods. Smith claimed she would have sought “other coffee products that are otherwise compostable, recyclable or reusable,” had she known the Keurig pods were not recyclable.

Keurig also attempted to shift the blame to local recycling facilities. The court found that Smith did not claim injury for her inability to recycle but rather for paying more for Keurig’s “recyclable” pods.

According to Keurig, Smith’s claims should be denied because Keurig’s labelling is consistent with the Federal Trade Commission’s “Green Guides.” Gilliam again disagreed due to Smith’s claims of economic injury rather than inability to recycle.

“Setting aside the adequacy of Keurig’s qualifying statements, the Green Guides state that if a product is rendered non-recyclable because of its size or components—even if the product’s composite materials are recyclable—then labeling the product as recyclable would constitute deceptive marketing,” Gilliam said.

An Illinois federal judge ruled last week that LaCroix’s sanctions bid, which accused the plaintiff who filed a false ingredient label suit against the brand of “financial terrorism,” did not support its arguments with evidence.

National Beverage Corporation, LaCroix’s parent company, claims it has been the “victim of an entirely frivolous lawsuit,” according to the memorandum. While the plaintiff’s suit claims LaCroix’s sparkling water contains synthetic, not natural ingredients, LaCroix claims all of its ingredients are naturally-derived and that the lawsuit has lowered market value of the brand.

The motion for sanctions was denied by the court as it claimed LaCroix’s motion relied on an argument, not evidence.

“While it may well be successful in proving what it argues on the basis of evidence, its outraged, repetitive brief, characterized by ipse dixit assertions, provides the court with little basis for ruling in its favor,” U.S. District Judge Joan B. Gottschall wrote.

The complaint was filed last October, when plaintiff Lenora Rice alleged that LaCroix’s ingredients include compounds such as ethyl butanoate, limonene, linalool and linalool propionate, which the Food and Drug Administration claims are synthetic. According to the lawsuit, limonen can cause kidney toxicity and tumors, while linalool is found in cockroach insecticide.

In February, the brand filed for sanctions under Rule 11 of the Federal Rules of Civil Procedure, claiming the filed complaint did not “set forth any basis for its primary and central claim that the four compounds identified therein are synthetic.” Though LaCroix claimed Rice’s complaint is based on “an incorrect, nonsensical interpretation” of the FDA regulation, Gottschall ruled that Rice’s view of the regulation isn’t unreasonable, as limonene and linalool are in fact synthetic.

Gottschall concluded that LaCroix didn’t provide the court with any evidence to support that its ingredients are all-natural. LaCroix claimed its laboratory “conclusively confirmed” that its sparkling water was formulated without synthetic ingredients or additives.

“All defendant argues is that its own laboratory is better and determined that the ingredients were all derived from plants,” wrote Gottschall. 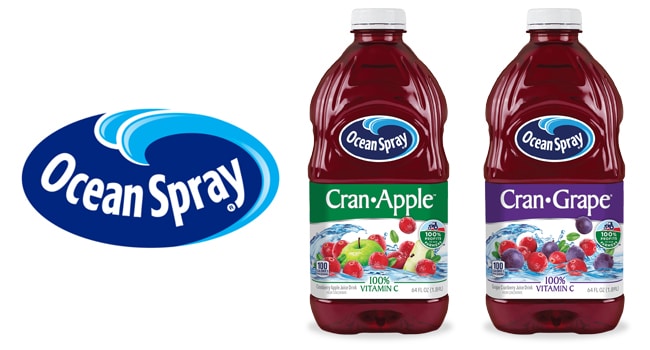 Last week, a California federal judge denied a motion by Ocean Spray Cranberries to decertify a class of consumers accusing the company of falsely advertising its juice beverages as free from artificial flavors.

The class action, filed in November 2017 by consumer Crystal Hilsley, claimed the company’s CranGrape and CranApple beverages violated California consumer protection laws with the use of false “no artificial flavors” labels. The suit alleges the company didn’t disclose the use of synthetic ingredients in its products, despite federal and state law requiring them to do so.

In November 2018, the court ruled that the partially certified class included California citizens who bought one of 12 listed Ocean Spray juice beverages since January 1, 2011.

While Ocean Spray challenged the price premium calculation as well as the methodology of the survey, U.S. District Judge Gonzalo P. Curiel ruled these challenges were not suitable for this stage and did not warrant class decertification.

Outlaw Beverage Inc. co-founder Lance Collins is seeking to recover over $1 million in legal fees spent defeating a lawsuit from his former company accusing Collins of stealing the brand, design and formula for energy drink Adrenaline Shoc (A Shoc).

Collins claims he spent more than $1 million defending against Outlaw’s claims to the rights of A Shoc.

In June, the Delaware Court of Chancery denied Outlaw’s motion preliminary injunction, which claimed Collins created A Shoc “expressly and solely” in his role at Outlaw. Chancellor Andre G. Bouchard ruled that there was not sufficient evidence to corroborate this claim. Collins claimed he personally came up with or paid consultants for the development of the drink, and that Outlaw was aware of Collins’ intentions to develop it separately from the company.