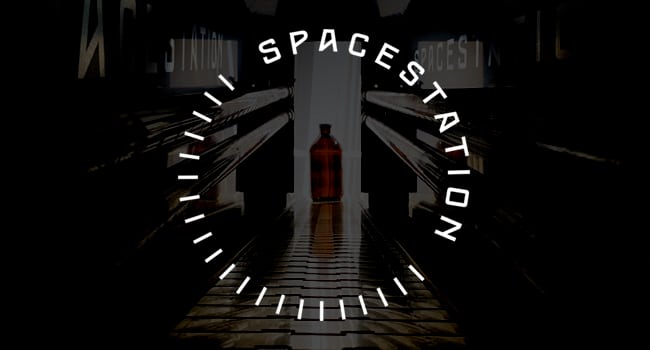 As the demand for cannabis beverages continues to rise, so has the need for co-packers who can help entrepreneurs’ ambitions become reality. Spacestation, the brainchild of Blackeye Roasting Co. founder Matt McGinn, recently opened in northern California with the goal to help startup brands with both the industry guidance and manufacturing muscle to find success in the nascent category.

Like other beverage entrepreneurs who have transitioned into the cannabis industry, Spacestation COO Matt McGinn came in search of a new challenge. McGinn had created Minneapolis-based Blackeye in 2014 and established the company’s bona fides as a coffee roaster, retailer and RTD product maker. In cannabis beverages, he recognized an opportunity to use his industry experience to create a specialized co-packer that could meet the category’s unique challenges. After assembling a group of investors and partners to back the concept, McGinn eventually secured real estate to build a 4,000 sq. ft. production facility in Woodland, California.

Spacestation, which received licensing from state authorities on August 1, offers a full suite of services for cannabis beverage (THC only) brands, including sourcing, product development, compliance, distribution, sales and marketing.

Though the facility just went online last week, demand is brisk: Spacestation has already received an initial required deposit of $5,000 from five clients.

During the design and formulation process, the idea is for Spacestation to leverage its industry relationships with ingredient suppliers, packaging vendors and others to offer clients a range of options to suit their needs. All those decisions must be considered with legal compliance in mind, adding another layer of complexity in which requires specialized expertise.

“When we started, I thought we would be a more traditional co-packer, that people would come to us with everything ready to go and we’d put it in a package for them and we’d have the cannabis component dialed in with compliance,” he said. “It quickly became apparent that there was a need for a lot of things related to this — not just putting it in the actual package but doing the compliance itself. If we won’t do it, the product won’t pass.”

The co-packing business is always tough for small producers, as a high minimum production requirements can limit access for startups; it’s even worse for cannabis beverage entrepreneurs. But McGinn said Spacestation will specialize in small production runs of around 500-1000 cases, with 24 units to a case. When fully operational, the four production lines can produce 300 pallets a month, he said.

The company is already looking for real estate for a second facility, at which point McGinn said the Woodland location will likely shift exclusively to wine production, a category for which the copacker has received high demand. Located about 90 minutes from BevZero, a supplier of dealcoholized wine and beer, the facility is ideally situated to scale in that segment, McGinn said. He’s already announced plans to invest in a 3,000 bottler-per-hour automated wine packing system valued at $300,000. The original facility will also continue to work with small runs and help brands with R&D, while the new location will implement minimum run requirements. 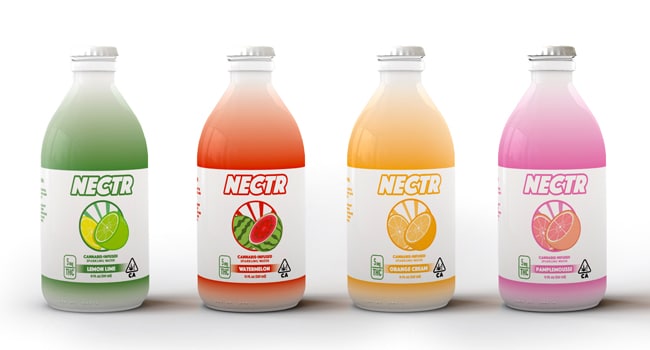 The company also has ambitions to be a beverage player itself: over the coming months, McGinn plans to release a variety of products as in-house brands. The first, a zero-calorie flavored seltzer water called Nectr, begins production this month. The line features four SKUs — watermelon, lemon lime, cream orange and grapefruit — each containing 5 mg of THC.

According to McGinn, launching with a seltzer is “purely an operations test kind of thing” for the brand; should the initial 300 gallon production run, the facility’s very first, encounter any issues, he would prefer it “dump out seltzer water instead of kombucha, which is a lot more expensive.” Assuming all goes well, the company will expand its product offerings to include the aforementioned kombucha (under the Spacestation trademark) as well as iced teas and shots positioned to work across a range of specific use occasions, such as sleep or energy.

Yet McGinn’s bigger ambition is to spark a shift in the industry towards a lower price point (and a bigger audience) for THC-infused drinks. As such, the in-house brands will serve different roles: Nectr will be a volume brand priced at $5-$6 per bottle before tax, while Spacestation kombucha will be around $7 before tax, bringing the total cost to around $10 with tax. The strong margins on THC-infused products will allow co-packing clients to price their items similarly, McGinn said.

“I don’t want only one type of consumer to be able to afford this drink,” he said, citing data indicating price point as the second-highest ranking factor in customers’ purchasing decisions. “I’m going to be pricing drinks like alcohol — a 100 mg THC drink will never be above $10.”

The numbers become more significant considering the financial commitment it took to build Spacestation before a single product has been made. McGinn said the company has spent $250,000 on legal compliance work, and another $45,000 in annual licensing fees to operate in Woodland, which also will receive 5% of the company’s gross revenues. Large ingredient purchases — such as $45,000 worth of tea — are also a factor in Spacestation’s bottom line. Those considerations have helped the company to narrow its focus, at least for now, on the THC-infused beverage market.

“We’re not testing CBD only drinks right now because to be quite blunt you can find a CBD-only copacker and get a way better price than what I can give you, because I’m getting demand for THC (co-packing),” he said. “I can’t bill somebody a $1.50 per unit for a CBD only product. But I can for THC. That’s how lucrative this is.”