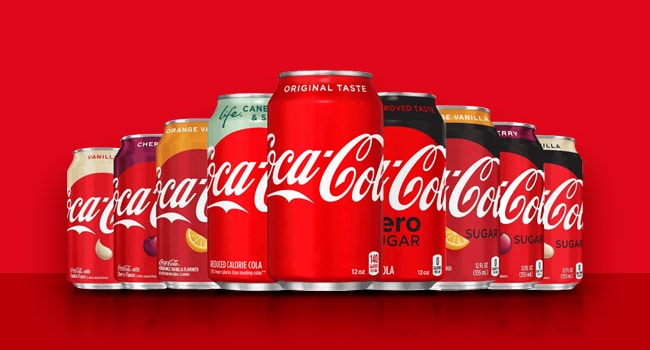 Speaking to investors and analysts on an earnings call today, Coke CEO James Quincey said much of the company’s North American sales performance was driven by consumer demand for sugar free soft drinks. Retail sales for the company’s no sugar offerings, including Coke Zero Sugar, grew 6% in the quarter. As well, premium water brands such as Smartwater and Topo Chico “are delivering healthy growth,” Quincey said, with recently launched antioxidant and alkaline Smartwater varieties driving sales.

“Along with our focus on smaller packaging and premium innovation, year-to-date we are growing trademark Coke revenue faster than transactions, transactions faster than volume and reducing calories, what we believe is a winning strategy for the future,” Quincey said.

In a memo, Wells Fargo Securities analyst Bonnie Herzog heralded the results as “impressive,” noting that Coke’s the better-than-expected topline suggests “that [Coke’s] refranchising and portfolio transformation are paying off.”

Quincey also announced strong early performance on the company’s new Coke Energy line, which he said has already captured 2% market share of the energy category in Spain. The company recently won its arbitration with brand partner Monster Energy Corp., which argued that Coke had violated terms of its 2015 distribution agreement by launching a competing energy drink brand. Coke Energy is currently available in 14 countries and will rollout to six more countries by the end of the year.

Quincey, however, did not specify when or if Coke Energy might enter the U.S. market but said the company is discussing “when would be the right timing.” Responding to a question by Goldman Sachs analyst Judy Hong, Quincey said Coke wants to wait and see how the line performs internationally before undergoing a U.S. launch.

“Clearly, [the U.S. is] a big market and a big opportunity,” Quincey said. “I think, ultimately, the way I would look at it is we’ve launched in a number of markets and our approach is essentially to launch in markets where we know we have capabilities and a lot of strength and a strong Coke franchise, and therefore, we think would represent a robust good opportunity and that should give us an idea of what — how well we could do.”

Following its $5 billion acquisition of Costa Coffee last year, Quincey said Coke has “been moving with speed” to integrate Costa into its existing business and “accelerating the opportunity to build a multiplatform” brand.

Last month Costa launched a ready-to-drink line in the U.K., but Coke still has no announced U.S. plans for an RTD Costa product. According to Quincey, the company intends to roll Costa out to additional markets “in the coming months” but will focus on expanding Costa’s vending machine business in restaurants and cafes, with RTD being only a component of a larger strategy, Quincey noted.