Compiling a list of the biggest beverage stories of any given year is no easy task, especially in a year like 2017. From game-changing acquisitions to the injection of new investment and the rise (or fall) of various brands and categories, the impact of events over the course of the past year will continue to be felt well into 2018.

Looking back on 2017, we’ve put together our list of the Top 10 Most Read BevNET stories of the year.

Among the high profile leadership shakeups within the industry this year, the sudden departure of WTRMLN WTR CEO Christine Perich, who resigned in October citing personal health issues, was one of the more notable. Perich, the former CEO of New Belgium Brewing, had only been with the company since January, leaving WTRMLN WTR co-founder Jody Levy to step in to fill the position in the interim.

This story narrowly edged out BevNET’s 11th most read of the year: the departure of Bai founder and CEO Ben Weiss, who left the company in June, six months after the company closed on its acquisition by Dr Pepper Snapple Group. He was replaced by DPSG EVP of Human Resources Lain Hancock.

While Nestlé spent much more on its investment into cafe chain Blue Bottle Coffee just two months earlier, the conglomerate’s purchase of Chameleon Cold-Brew was the ninth most-read BevNET story of 2017. The acquisition expanded Nestlé’s stake in the RTD coffee category and added a rising brand to its coffee portfolio to compete against the likes of Starbucks, Coca-Cola and JAB Holdings Co. in a fast-consolidating coffee market. 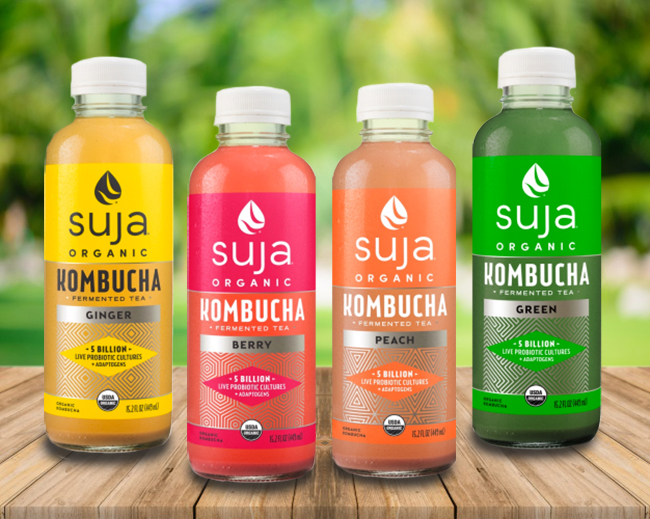 8. Suja to Launch Kombucha at Costco

A year after launching its line of drinking vinegars, Suja continued its portfolio expansion beyond cold-pressed juice with a four-SKU line of organic kombuchas, each containing 5 billion CFUs of vegan probiotics and flavor-specific functional ingredients including ashwagandha and reishi mushrooms. The products initially launched as a CostCo exclusive in the summer before wider grocery expansion this fall.

While juice remains a core part of the company, the kombuchas signified the continued evolution of the Suja brand identity.

“Part of what we’ve looked at is building Suja into more of a master brand that isn’t just about juices, it’s more of a total health and wellness beverage company known for clean labels, authenticity, integrity and the idea that what’s on the label is in the product, as opposed to some other brands,” CEO Jeff Church told BevNET.

A few months later Jimenez, who had previously worked for companies including PROBAR, had made the jump back to the brand side of the CPG world, joining Flow Water as a board advisor and head of product development. According to his LinkedIn profile, Jimenez has also co-founded a new company named Mind.Full Beverages. 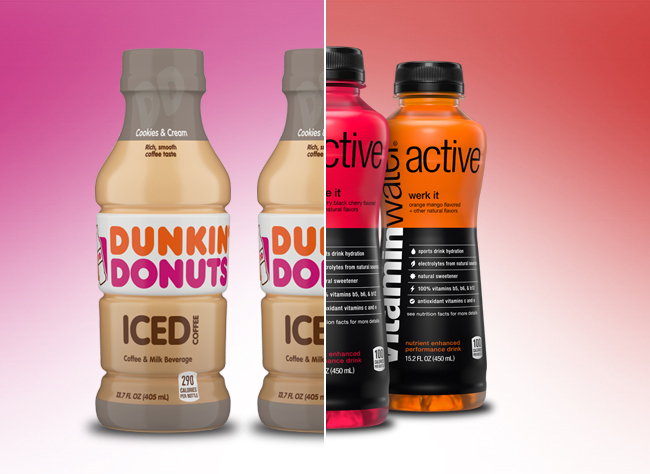 The National Association of Convenience Stores 2017 show in Chicago was ripe with innovation and new products from the big players in beverage. PepsiCo, via its long-term partnership with Starbucks, and The Coca-Cola Company, through newly developed relationships with food service giants Dunkin Donuts and McDonald’s, shared a variety of new SKUs set to shake up RTD coffee in 2018.

With all the buzz around convenience, our NACS roundup was BevNET’s most read trade show coverage of 2017.

Product recalls for food safety or allergen concerns can be big controversies for smaller brands, but when PepsiCo pulled bottles of Stubborn Soda and Caleb’s Kola from shelves this spring it had nothing to do with safety. Rather the craft products, normally sweetened with Fair Trade Certified cane sugar, had accidentally been made with beet sugar.

PepsiCo stated there was no discernable difference in taste between the proper formula and the beet sugar sweetened sodas, but the products were pulled and replaced causing a short term outage, leading to some online complaints from consumers.

In a year where consumers continued to seek out better-for-you beverages, sparkling water brand Spindrift announced in March it would remove natural flavors and essences from its drinks in service of providing a simple ingredient list that contained only real fruit.

The company, seeking to emphasize unsweetened products, also discontinued its growing craft soda line. The decision was largely due to consumer confusion between the cane sugar-sweetened sodas and the sparkling water line.

“We didn’t want, ultimately, someone to pick up a bottle and think it was unsweetened and be surprised by cane sugar or vice versa,” CMO Strick Walker said. “As much as we can drive toward real fruit and water and simplifying and making [that] very clear for people, it’s important for them and it’s important for us.”

Visibility is vital for startup brands, and it doesn’t get much more visible than being in the heart of Times Square.

The menu, crafted by 32-year-old project leader Zoe Feldman, put an emphasis on representing women entrepreneurs and finding brands from across the country.

In February, GT’s Kombucha and Whole Foods were ordered to pay out $8.25 million (out of a possible $38 million) in a class action lawsuit that called foul on the product’s claims it contained antioxidants and was non-alcoholic, while also disputing the accuracy of its labeled sugar content.

Although the company did not admit wrongdoing, it was ordered to change its labels to accurately reflect the contents. 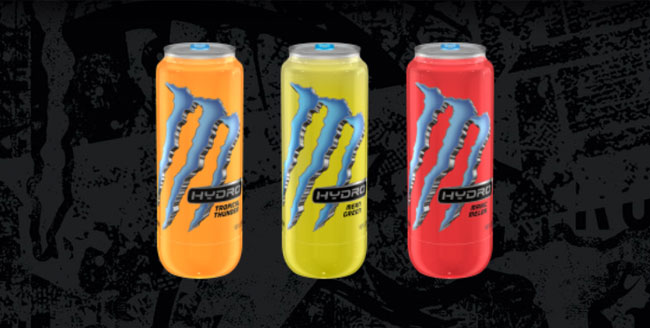 For the second year in a row, news regarding Monster Beverage Corp’s enhanced energy water Hydro topped the list of most read BevNET stories. In fact, last year’s most read story— the announcement of the launch of Hydro and super soda Mutant– was technically the fourth most read story of 2017 as well.

While Mutant has been on shelves for most of the year, delays for the launch of Hydro had caused some discontent among retailers who had been waiting for the product to finally release since its announcement in June 2016. According to Wells Fargo Securities, retailers expect the drink to outsell Mutant, meaning there’s a good chance Monster will be in the headlines again in the new year.