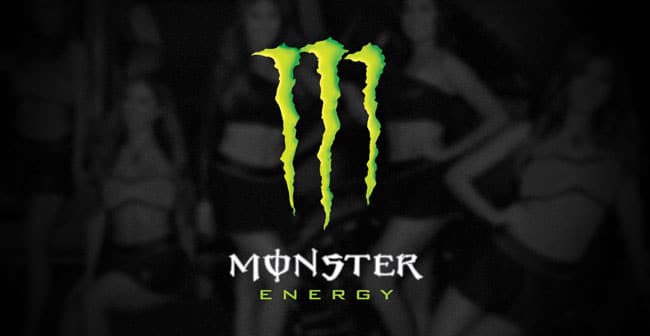 Despite declines in its North American business, Monster Energy Corp. saw net sales grow by double digits during the third quarter, the company announced in an earnings report yesterday.

Speaking with investors during an earnings call, Monster vice chairman and president Hilton Schlosberg reported that net sales grew 11.6% to $1.13 billion, up from $1.02 billion in the third quarter of last year. Gross sales increased 11.3% to $1.32 billion, compared to $1.18 billion in 2018. However, growth was impacted by $16 million in advanced purchases made by customers last year in anticipation of Monster’s price increase this year, as well as net changes in foreign currency exchange rates which impacted net and gross sales by $12.2 million and $15.1 million, respectively.

While the company continues to focus on global expansion, Monster’s North American business saw mixed results — in part due to increased competition from innovative brands during the third quarter. According to all-channel data from market research firm Nielsen, sales of the core Monster line declined 2.4% during a 13-week period ending October 26. Sales of NOS fell 1.8% over the same period. In the convenience channel alone, core Monster sales fell 5% and NOS declined 3.3% in the four-week period ending October 26.

However, Reign, Monster’s fitness energy brand, grew 4.6% in the same 13-week period in all channels, and was up 2.5% in convenience. In the four-week period ending October 26, the company’s coffee based energy drinks including Caffe Monster and Espresso Monster grew 7.4% while Java Monster grew 9.6%. According to Schlosberg, the company will discontinue Caffe Monster in 2020 in order to focus on expanding Espresso Monster.

Speaking to analysts and investors during the call’s Q&A portion, Monster CEO Rodney Sacks blamed the declines on consumers’ preference for new innovations. Sacks said the company plans to focus on improving distribution and rolling out its own innovations.

“There is a movement generally on consumers to want to try new products, new flavors, new innovation,” Sacks said. “We have plans to launch quite a lot of new innovation. I think that in some cases, some of our new innovation that we launched earlier this year, perhaps, didn’t get enough shelf space or there has been some shelf space taken from our existing products, which I think has affected sales.”

However, the North American sales declines come as Monster increases its focus on the global market. According to Sacks, the U.S. now accounts for just 67% of total sales, down from 72% last year.

“As we develop as a company, the opportunity for us for our energy brands — Monster in particular — plus our other brands is international,” Sacks said. “And if you look at the information we just gave on this call about how we have accelerated international growth in existing international markets and new markets, that’s where we look to in the future for the company.”

Schlosberg also discussed the ongoing series of back-and-forth lawsuits between Monster and Bang Energy maker VPX Pharmaceuticals. Monster will seek a dismissal of a suit filed by VPX in August 2019 accusing Monster of a “conspiracy” to “suppress, obstruct, and conceal” alleged health risks related to their beverage products.

In the same case, Monster has now also filed its own expedited motion for preliminary injunction against VPX in an attempt to halt the Florida-based company’s plans to launch its own beverage line also named Reign. The case is still ongoing.

Another suit filed by Monster in September 2018, accusing VPX of false advertising, is still ongoing.