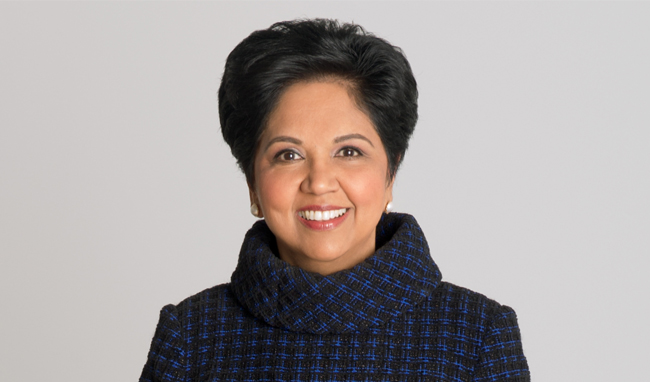 Indra Nooyi is leaving PepsiCo as its CEO, ending a run of nearly quarter century of leadership roles at the company. In that time Nooyi became an influential and progressive voice for the beverage industry in corporate America.

In a statement released this morning, PepsiCo announced that Nooyi, 64, will step down from her role on Oct. 3, after which she will remain chairman until early next year. The board of directors unanimously elected Ramon Laguarta, a 22-year veteran of PepsiCo who has served as president since last September, to succeed Nooyi as CEO.

“Leading PepsiCo has truly been the honor of my lifetime, and I’m incredibly proud of all we have done over the past 12 years to advance the interests not only of shareholders, but all our stakeholders in the communities we serve,” Nooyi said in a statement.

Nooyi, a native of Chennai, India, holds a masters degree in public and private management from the Yale School of Management. She joined Pepsi in 1994 as senior vice president, strategic planning and was promoted to CFO and president in 2001.

Since being appointed CEO in 2006, Nooyi engineered a balanced portfolio of food and beverage products labeled either “better for you,” “fun for you” or “good for you.” During her tenure, PepsiCo built its “good for you” and “better for you” products from about 38 percent of revenue in 2006 to roughly 50 percent in 2017.

Nooyi was recently named one to the most powerful women in the beverage industry in the July/August issue of BevNET Magazine.

“Growing up in India, I never imagined I’d have the opportunity to lead such an extraordinary company,” she said in a statement. “Guided by our philosophy of Performance with Purpose—delivering sustained performance while making more nutritious products, limiting our environmental footprint and lifting up all the communities we serve—we’ve made a more meaningful impact in people’s lives than I ever dreamed possible. PepsiCo today is in a strong position for continued growth with its brightest days still ahead.”

Writing on behalf of Wells Fargo Securities, Bonnie Herzog, managing director for equity research, said the group had been “very impressed with [Nooyi’s] leadership acumen and thoughtful approach” in managing PepsiCo. She praised Nooyi for delivering strong shareholder returns, broadening its offerings and investing in R&D.

“Nooyi has been an exemplary CEO and sets the bar high, in our view,” Herzog wrote.

On a corporate level, Herzog said the announcement was not a surprise and could herald strategic shifts for PepsiCo in the near future, including refranchising with regional bottling partners or dividing the company.

“We continue to believe that strategic change isn’t without execution risk and will take time,” he said. “As such, we maintain our Market Perform rating.” 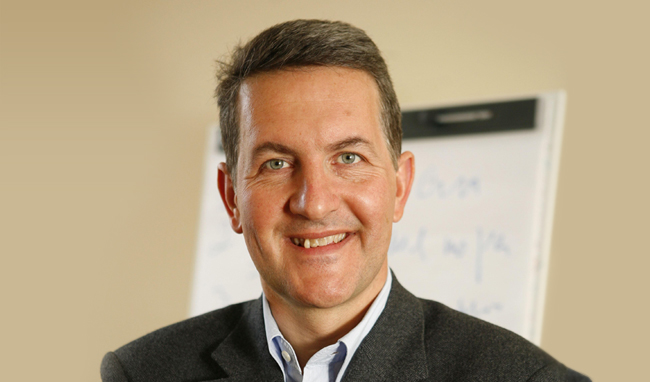 Laguarta, a native of Barcelona, will be the sixth CEO in PepsiCo’s 53-year history, all of whom have come from within the company. He had previously served as CEO, Europe Sub-Saharan Africa and President, PepsiCo Eastern Europe region.

In a statement, Laguarta praised Nooyi for her “bold vision and outstanding leadership” and for her “overwhelming support.” He continued: ”I’m incredibly humbled and privileged to be appointed the next CEO of PepsiCo, and I want to thank the Board of Directors for the confidence they have placed in me with their decision.”

Nooyi called Laguarta “exactly the right person to build on our success.”

“He has a deep understanding of the changing preferences of consumers and other critical trends unfolding around the world, and he has demonstrated that he knows how to navigate them successfully,” Nooyi said.

Herzog said the decision to promote from within indicates PepsiCo’s depth of internal talent and its focus on long-term succession strategy. “Overall, we expect Mr. Laguarta’s new role will be seamless, especially given PEP’s existing strong leadership team,” she wrote.

In its Q2 earnings report in July, PepsiCo reported North American beverage revenues were down 1 percent to $5.19 billion. Overall revenue was $63.5 billion last year, up 1 percent from 2016.